Heart disease is the leading cause of death for women in the U.S. 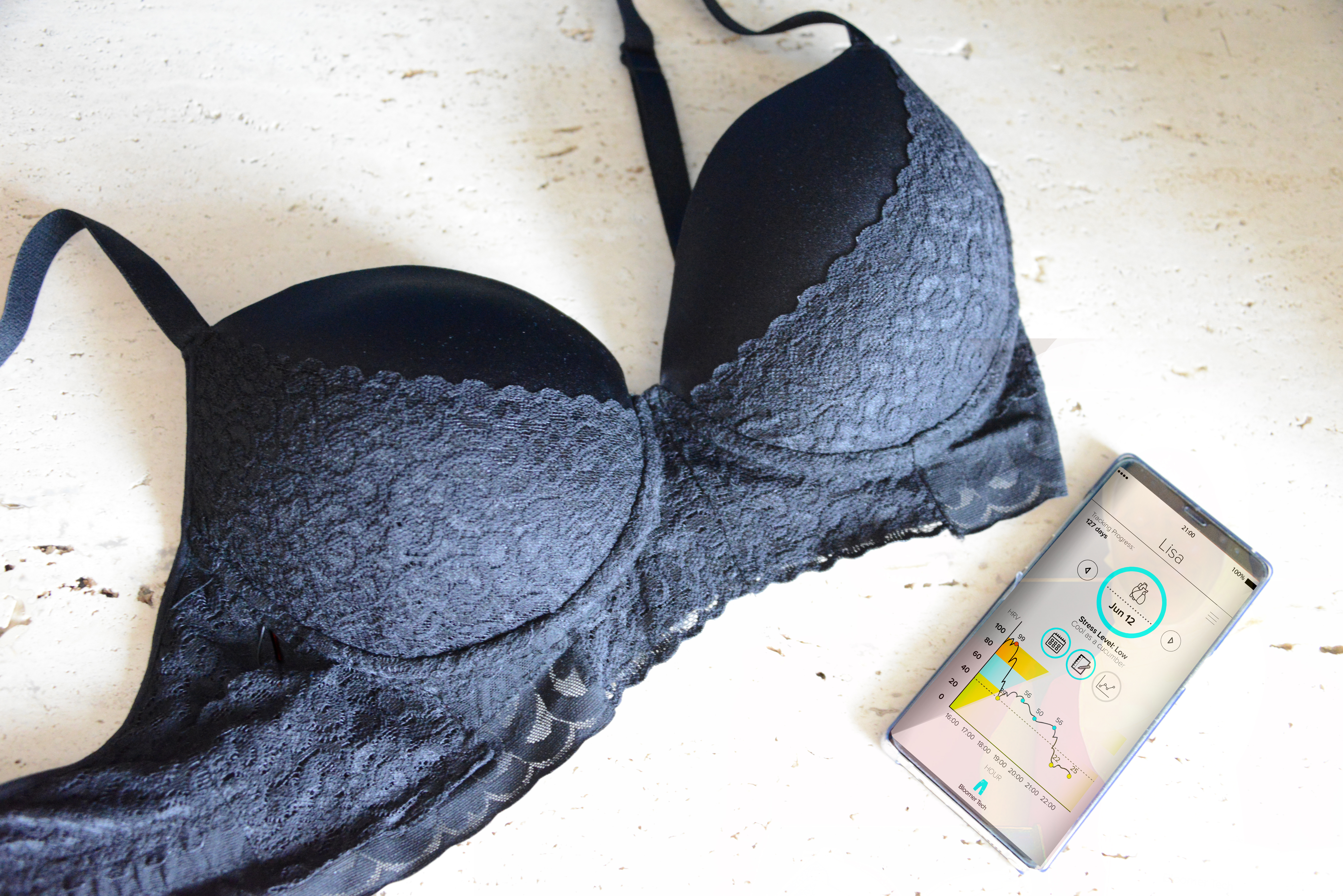 It's fairly well known that heart disease is the leading cause of death in men, but it's also the same for women: in the United States, cardiovascular issues resulted in nearly female 300,000 deaths in 2017, or about 1 in every 5. And, yet, only about half of women even know that that's the case.

That lack of knowledge might be, in part, because women are frequently overlooked when it comes to clinical research, said Alicia Chong, CEO of Bloomer Tech, a company developing a smart bra to detect heart disease. In fact, she told me, only one in four participants in clinical trials today are women.

"Women weren’t included in clinical trials until 1993. Before that, the differences in sex weren't even considered and, like in many other fields, basically all of the research in healthcare and medicine was mostly using male models data and animals. There’s over 20 years of evidence now that show the physiological differences between men and women and fortunately, like in the cardiovascular space, there has been a lot of improvement in the death rates in these diseases," she said.

"There’s still some key points and diseases that haven’t made as much progress as others, though, and we think that going through a non-traditional route, and getting more data on female cardiac health, will expose a lot of these questions that are still unknown in the cardiovascular space."

On Thursday, the company announced that it has raised $3 million in seed funding. The round was led by Material Impact, along with One Brave Idea and several angels, including John Abele, co-founder of Boston Scientific.

"One Brave Idea is doing the top research and the most non-traditional methods to explore coronary artery disease. It’s led by Dr. Calum MacRae, who is from the Brigham and Women's Hospital, which has a very good women’s heart program. He’s also a cardiologist, which is amazing; he’s seen a lot of things advance the space. The fact that they joined us as an investor and a partner is very valuable to us," said Chong.

"We want to accelerate research and advance healthcare practices, and we look forward to working with our new partners on achieving that."

Replacing devices not designed for women

Spun out of MIT in 2017, Bloomer Tech is developing an electrocardiogram device that looks, and feels, like an everyday bra, though it also has fabric sensors and machine learning algorithms that provides heart health data to both users and doctors.

"It’s a garment that women already wear every day of their life. We're that turning that into a medical device that looks and feels the same as their bra, but now it can intimately collect valuable data for users that are at risk of have been diagnosed with heart disease. It can enable a lot of progress in their treatment plans and improve their outcomes in a simple way," said Chong.

The wearable collects data via sensors on things like heart rate, respiratory rate and heart rate variability. The data is transferred via Bluetooth to an app, which the company can then use to generate a report for the doctors so that they can better understand what's happening throughout the treatment process of a patient.

The idea is to replace big, bulky devices, which are often very uncomfortable, especially for women, Chong explained.

"Those devices are not designed with women in mind: if you think about it most of these were probably tested first on men, so even the algorithms, the thresholds, they might be biased, as we’ve seen nowadays in different fields. There’s a lot of evidence that shows algorithmic bias so we aim to reduce that threshold on the digital health side."

Not a consumer device

Right now, Bloomer Tech isn't planning on selling its wearable as a consumer device, but is instead focusing on working with woman's heart research programs within hospitals. It invites women who have faced a cardiovascular issues before to participate, along with those who feel they’re at risk or who have family history of heart disease.

"For now we’re very focused getting a medical grade validation of the product so that we can be very useful for the patient’s journey process and for early detection. Our focus is on the medical side, not much on the consumer side," Chong said.

Not selling directly to consumer is part of what sets the company apart from other companies in the smart garment space, which sell products such as smart t-shirts and smart socks, along with the way the device feels for the wearer.

"There’s a lot of different smart garments that are coming out, but the biggest differentiator between us and them is that ours looks and feels like fabric, it’s invisible to the wearer, we don’t have anything that snaps on the body, as most devices would. It’s soft and beautiful but it doesn't look the typical techy device."

Bloomer has already partnered with women’s heart programs at a number of hospitals in the Boston area, and it plans to use its new funding to expand its pilot program, which may mean expanding to different geographies, including internationally. The company will also use the funding to scale manufacturing of its product.

A new board chair

In addition to the funding, it was also announced that Adam Sharkawy, co-founder and Managing Partner of Material Impact, will be serving as Bloomer’s Chair of the Board.

"Exclusion or under-representation of women in cardiovascular disease clinical trials has left many voids of data that may impact treatment paradigms. This is particularly true in certain and important subsets, such as overall trials enrolling women above the age 65, women in acute coronary syndrome trials, trials enrolling patients with gender-specific conditions such as osteoporosis, etc. We believe that BloomerTech technology not only will provide a more clinical grade, user-friendly remote cardiac monitor for women but will also help generate valuable data to help understand women-specific pathways and be the basis for optimal future drug and device development," Sharkawy told VatorNews.

"It's hard to find more talented and passionate entrepreneurs than Alicia, Aceil and team to drive BloomerTech’s mission and make a significant impact on women’s health.”

"We’re really excited that Adam is joining us. He has vast experience in the medical device space, especially in the cardiovascular space, he’s very knowledge and very strategic so we’re happy to have him join us and to be growing Bloomer Tech together," said Chong.

While funding for women's health startups is on the rise, many of those companies are focused on spaces, like reproductive health and breast cancer, which subsectors that have been traditionally focused on women. What Bloomer is doing is instead focusing on a non-traditional field of female health, one that has not had a female focus before, and Chong hopes that will lead to other companies doing the same in other aspects of healthtech.

"We’re in cardiovascular diseases, which is a very underserved field, so I hope that this incentivizes others to do more. This is an area of opportunity for other fields that are under served in women’s health in terms of how we hope to motivate others that are doing great work in different fields," she said.

She also hopes that it will lead to more products that focus on women taking care of their inside of their bodies, along with the outside.

"There’s a lot products that help you take care of yourself outside of your body really well, and which understand the personalization context. I really envision that we’re going to do the same for the inside of our bodies. I hope that we are part of that personalization of your healthcare from the inside and really understanding how our bodies work because all of us are different." 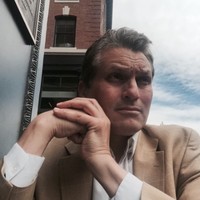 Adam is managing partner of Material Impact, a fund that seeks out transformative materials technologies and builds them into enduring companies that solve real-world problems 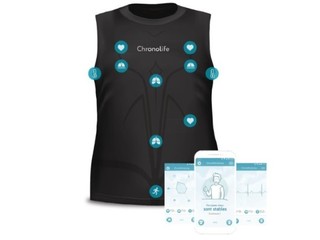 Chronolife raises funding as it launches its Nexkin smart T-shirt 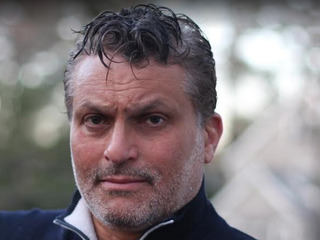