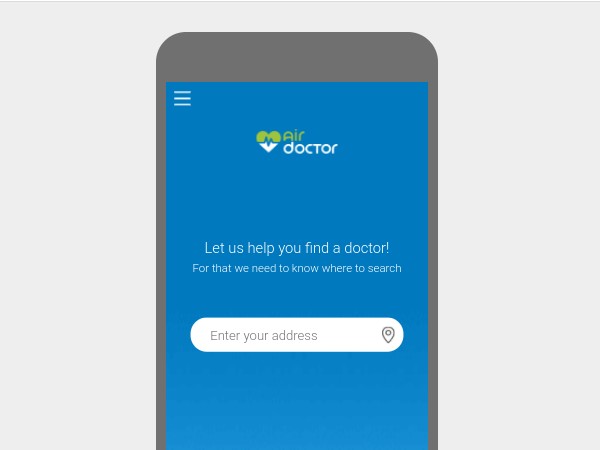 When I was 20 years old I took a three month long trip across Europe through a college program. It was an amazing experience, except for the part where I got came down with something while we were in Croatia. I spent at least a week feeling extremely sick, with a bad fever, cough and chills, but the worst part was that I had no way to find a doctor: I didn't speak the language, and I didn't have any idea how I'd even pay for it if I could find one. The end result was me miming my symptoms to a pharmacist, which was pretty funny in retrospect; luckily I did wind up getting some type of medication that did the trick.

It would have been better if I had been able to access a service like Air Doctor, a service that is set up to connect travelers to doctors. The Israel-based company announced a $7.8 million Series A funding round on Monday, led by Kamet Ventures, an insurtech start-up studio in the health, protection and assistance space, and The Phoenix Insurance Company. This brings Air Doctor's total funding to $10.9 million, after a $3.1 million seed funding round.

The initial idea for the company came after co-founder Yam Derfler spent eight months travelling around South America, "during which he and his friends at different times felt completely helpless when they got sick and, more often than not, couldn’t find English-speaking doctors," Jenny Cohen Derfler, CEO and co-founder of Air Doctor, told VatorNews.

"Air Doctor was born out of the founding team’s own travelling experiences, out of that terrible feeling you get when you fall ill in a foreign country and don’t know who to turn to or how to get the fast response you need."

To use the service, a traveler just logs in to the app or website and selects the type of doctor, specialty, they want to see. The platform accesses their location and gives them a list of doctors near them. They can review the credentials, languages spoken, price, see office’s pictures and location. They then use the platform to book an immediate appointment with the doctor. Air Doctor has a network of doctors in 40 countries today, across five continents.

While consumers can purchase the service directly, Air Doctor is mostly a B2B2C company, meaning it gets to the end customer through partnerships with insurance companies, hotel chains, telcos, and credit card companies. It's first customer was The Phoenix, which has now become an investor as well. Within seven months, Air Doctor was able to reduce The Phoenix's loss ratio by reducing claim costs by 14 percent, while Phoenix travel insurance saw a 30 percent increase in their revenue since partnering with Air Doctor.

"Our funding is coming from insurtech and insurance companies because they recognize the value of planning for the future of health and travel by adding our health service to their travel insurance packages," said Derfler.

"If we are going to coax people out of isolation in the future, the insurance industry must find a way to help travelers stay healthy, wherever they happen to venture."

The benefit for the patient, meanwhile, is that they get access to a doctor whenever they want it, wherever they need it, with Air Doctor making the process of finding the doctor "as simple as ordering car service from your phone."

"Our big selling point for the travelers themselves is control. When you’re sick while away from home, you want to feel like you are in control of your situation. Our online platform helps patients find immediate solutions by providing them with a wealth of information about a wide range of local practitioners so they can choose the most appropriate doctor for their needs and preferences," Derfler explained.

"Most importantly, we help them access medical care in their native language, which is one of the biggest things when it comes to feeling in control of your situation. With Air Doctor, you can travel with peace of mind and reduce your exposure to the tedious process of handling payments and reimbursements as the apps handle all payments."

Air Doctor will also use the funds to expand geographically into additional countries in Asia and Latin America, as well as to start Africa.

Before founding Air Doctor, Derfler was with at Intel Corporation for more than 20 years, most recently as General Manager of its manufacturing facility in Israel and before that in various engineering and manufacturing roles in the Silicon Valley. Air Doctor is her second startup, having previously founded ElectRoad.

"I had a pretty successful career till now and I asked myself many times, honestly, what will be for me to be successful with Air Doctor, how our business will look, feel, and act when it’s all grown up. It is pretty simple: every single person, in every remote place in the globe, regardless of their language or culture, will be able to find adequate medical treatment within 45 minutes," she said.

"We will lead the market creating a community of doctors, ready to share forces to provide health service everywhere and being able to enjoy the professional enrichment of working through Air Doctor."