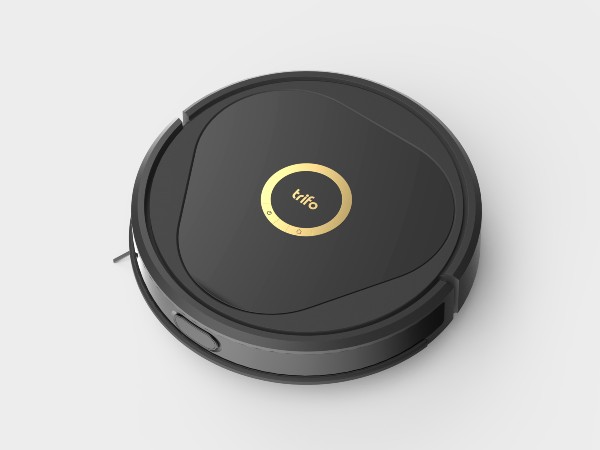 Trifo is a robotics company with a big vision: to build a group of robots that can help people perform everyday tasks such as managing their healthcare, monitoring their vital signs and providing entertainment services. It wants to build a robots that ultimately connect people to their home environment.

While that's the ultimate goal, it's not something that's going to happen overnight; every company has to start somewhere and, for Trifo, that means developing smart robot vacuums.

"The reason we're starting with robot vacuum is we feel cleaning is a very urgent need and a real problem a robot can solve. Based on that, we can then do many other things, and the smart robot vacuum is a step toward having a real AI home robot," Zhe Zhang, founder and CEO of Trifo, told me in an interview.

"We want to take the step by step approach, and be very practical. The smart robot vacuum market is here and it’s still expanding very fast speed."

The company, which has already has two robot vacuums on the market, made two big announcements on Thursday: first, it has taken a big step forward in its technology, launching its first AI-powered robot. Second, it has raised a $15 million Series B round of funding that will help it get closer to its vision.

Trifo already has two robot vacuums on the market, called the Ironpie and the Max. What makes the company's new product, which it has named Lucy, different, though, is both its hardware and its software.

On the software side, Lucy is the first smart vacuum where Trifo has incorporated artificial intelligence and machine learning, which means it can not only be taught to clean specific rooms, but it can actually recognize rooms based on the furniture inside them. It can actually learn where and how to clean better.

On the hardware side, the main innovation is that Lucy has two cameras instead of one, a 1080P HDR color camera and a second active depth sensor, which allows users to not only to be used as a cleaning device, but also for it do both day and night surveillance. Users can even drop pins on a map using their smartphone, and Lucy will design an automated patrol route so it can do surveillance.

Using a robot vacuum as a surveillance device has two benefits, Zhang explained. First, while people may set up cameras in their home, they may not be able to see every spot. Second, they may not want a permanent camera in every room due to privacy and security concerns. So, Lucy can be turned into a temporary surveillance device when someone isn't at home, and then turned off when they come back.

In addition to its additional camera, Lucy can also detect objects on the floor down to one inch, compared to four inches for other similar devices, like a Roomba, which means it will avoid something as small as a sock.

"From an algorithm and software perspective, by using the HD daylight camera and infrared depth sensing camera, Lucy can provide better navigation and indoor mapping capabilities. Plus, the machine learning enables Lucy to recognize a room by the type of furniture, along with labeling and remembering. So, that’s something from a product to algorithm and software and to design, we really try to differentiate ourselves from other products," said Zhang.

"We feel this rewrites the story of human and robot interaction in several ways. From a sensing perspective, it can see and protect your family both in day and also at night. This is something totally different than all previous robots."

In addition to the new device, Trifo also announced that raised $15 million in a Series B round of funding Series B from investors that include Yidu Cloud, Tsinghua AI Fund and Matrix Partners. This brings its total raised to $26 million.

The company says it will use the new funding to continue to develop its hardware and software, as well as to expand to more markets in both the U.S. and Europe.

"Going deeper in the US market is definitely our primary goal because we have local teams who have been living there. That will take a lot of marketing and sales effort. It's a similar thing in Europe, except that in every country and region the e-commerce and retailer is different. In Europe, some countries have Amazon but some don’t. In the US, we have very high quality retailers, and Amazon is huge," explained Zhang.

"In Asia and Europe we are much lower penetration rates than US, around six percent in Asia, so it’s still developing. Europe is the same. With the smart robot vacuum, the overall pie is still growing, so there’s enough room for multiple players, including new startups. That’s our belief."

The new money also be used to expand the team, growing it from around 50 employees to roughly 100 by the end of the year. That will mean expanding the R&D team, as well as the business team, which will do more marketing, sales and operations.

Trifo has three types of customers, Zhang told me: young families, who have kids and pets and need help cleaning up messes constant; elderly people who can't physically clean their house anymore; and tech-forward customers, where Trifo's robots fit into their established smart home ecosystem. In all three cases, what Trifo is setting out to do is "to solve the everyday problems people have at home."

Ultimately, the company's goal is to solve even more problems for its users by developing robots in a number of different categories, such as personal healthcare management, home environment understanding and monitoring, and entertainment services.

"We want to build an AI IoT hub, and by that what I mean is we want to take smart devices, including the robot itself, which is a smart device, and connect that to their home, so the robot becomes the medium between the people and their home environment," said Zhang.

He makes sure to note, though, that the company is not designing robots that will be able to do everything for people. Instead, it is taking a slow route toward incorporating these devices into the home and people's daily lives.

"We always start from the very basic and true user experience. For example, if we introduce a home robot, it can dispense medicine, take your vital signs, maybe purify the air, detect the home environment, provide some home entertainment, something like that. We are not saying it can do everything for you, but it can learn and can grow with many more skills. We are taking it little by little," he said.