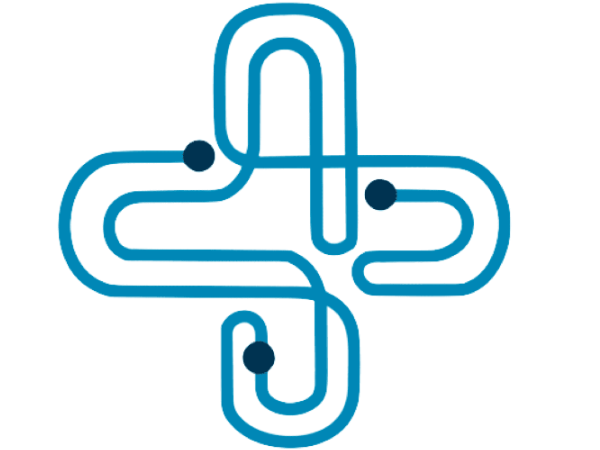 Digital therapeutics are one of the biggest drivers of the fast changing healthcare landscape; these software-driven evidence-based therapies can help modify patient behavior, or to intervene earlier based on data collected on the patient through connected devices. These solutions are only becoming more popular, as the global digital therapeutics market is expected to reach $7.8 billion in 2025, up from $1.75 billion in 2017.

One company in the space, Biofourmis, just announced an acquisition that CEO and founder Kuldeep Singh Rajput says will allow it to be one of the dominant players going forward.

On Monday, the Boston-based Biofourmis revealed that is reached an agreement to acquire Zürich, Switzerland-based Biovotion AG, a developer of a clinical-grade wearable biosensor platform. The acquisition includes Biovation's Everion wearable, as well as more than 60 global patents that cover most of the technology that exists for wearables that go on the arm or hand.

Going forward, the entire Biovotion team will be incorporated into the Biofourmis family under the name “Biofourmis AG” in Zürich, Switzerland, though the Everion name will remain on its devices.

No financial terms of the deal were disclosed, but Rajput did reveal to me how the deal will affect Biofourmis financially: it will value the company at close to $500 million, putting the company, which has been generating revenue since 2017, on track to hit unicorn status in the next 24 months.

"In fact, this year, compared to 2018, for the first three quarters we have 4x more revenue than last year. In terms of the scale and synergies of the two companies with the new patents, as well as the potential, we are on the right track," he said.

To understand how Biovation helps Biofourmis, it helps to understand what Biofourmis actually does: it's a digital therapeutics platform that collects and analyses data, which is then used to predict disease before it happens, improving patient health and outcomes.

The company's platform is called Biovitals, which consists, in part, of patient-facing components. That includes a device agnostic platform that can capture streams of data from wearables, 20 of which have been integrated onto the platform, as well as a mobile app, which can include a wide variety of feature sets that can be plugged in depending on the specific use therapy that's needed.

The company also has an analytics engine, which Rajput calls its "core proprietary secret sauce." Biofourmis' analytics engine has over 300 modules for a wide range of therapeutic areas.

"To put it in a simplistic way, we do two things: one is we have the ability to predict decompensation in patients well before the patient becomes symptomatic. The second is, once we have either detected or predicted exacerbation, how do you intervene? So, we go one step beyond and we have built treatment algorithms which optimizes therapy and uses therapeutic decision making to prescribe the right dose to the right patient at the right time, eventually driving outcomes," he said.

Biofourmis currently has two products available for patients, the main one being for patients with heart failure, called BiovitalsHF. It's a 12 week program in which the patient gets enrolled, then goes home with a sensor and a mobile app. The patient wears the sensor, which captures dozens of physiology parameters around the clock. The company also has a mobile app where it captures contextual information and any symptoms and deliver therapeutic decision making.

All the collected data goes to Biofourmis' analytics engine, which processes it and eventually provides clinicians with the right actionable information in terms of intervention, such as making sure patients are on the right optimal dosage of medication, for example.

The company's second product is one that can quantify pain using wearables and physiology biomarkers; it has so far been validated that in patients with post-orthopedic surgery, cancer pain, and endometriosis, while Biofourmas has studies currently for other types of pain as well. Along with those two products, Biofourmis's third product, which will out early next year, will focus on patients with oncology. It will be able to detect sepsis, infection, pain levels and managing these patients at home and their side effects.

While Biofourmis has both the digital therapeutics platform and the analytics parts of its solution, the one piece of the puzzle it did not own was the device that can collect all that data; that's what it gets by acquiring Biovotion and its sensor technology.

Now, Biofourmis will now have that end-to-end solution, allowing it to effectively deliver its solution to its patients.

"One of the critical aspects of our platform is: how do we capture data from patients with a great user experience? All of these patients are over 65 years old with the therapeutic areas we are targeting, and having an ability to just strap on something on their arm and capture these dozens of parameters becomes an important aspect. As we scale and grow the company, it becomes critical that we own the ecosystem, and data acquisition and biomarker analysis becomes a critical component," said Rajput.

"Biovotion's entire mission is to capture high quality, clinical grade physiology from patients, with multiple parameters, using one single device. They have built a device called Everion, which you strap on your arm and it captures today over 20 different physiological parameters. It’s a medical device approved by multiple agencies across the world, in Asia, Europe and, very soon, by the FDA."

As mentioned earlier, Biofourmis has so far partnered with a number of different wearable companies since its founding in 2015, but one thing that stood out about Biovotion was its compliance rate with patients. Biofourmis did a post-clinical study in 2015 using a patch, and while we were using the patch it was 15 to 20 percent of compliance amongst patients 65 years and above. When we using Eversion, though, the compliance rate amongst patients is 85 to 90 percent.

"Biovotion really sits at the sweet spot with the right form factor, which is worn on the arm, has a high level of compliance, good clinical-grade quality of data, which becomes integral to our solution. We have to make sure we have good quality, passively collected data from patients."

The other thing that attracted Biofourmis to Biovotion was its patient portfolio, he told me, which consists of around 60 different patents which, "essentially dominates the entire wearable industry."

"It has been a synergistic collaboration and when these two companies come together we will have a sensor and the rest of our platform, which includes strong analytics engine and our digital therapeutics platform," Rajput said. "With this acquisition we will dominant the whole wearable industry, where most of the companies who are trying to get into this space will have to license some of the patent portfolio which we would have."

In addition to the acquisition, Biofourmis also announced another big piece of news on Monday: a partnership with Swiss pharma company Novartis to supply patients using Entresto, a drug for reducing heart failure, with the Biofourmis platform, including Everion devices.

Right now, Rajput explained, Entresto isn't reimbursed at scale in Asia, so, through this partnership, by giving every patient the Biovitals platform and an Everion device, Novartis will be able to demonstrate the effectiveness of the drug, giving it a better chance of having it be reimbursed.

"The entire goal is how do you reduce hospital readmissions and ensure that patients are on the right optimal dosage is critical because Novartis eventually wants to take this combined solution, and the data generated from this initiative, to go and get reimbursement for the entire bundle package in Asia," said Rajput.

The idea is to start in six countries across Asia, then go to the U.S. and then eventually expand the drug globally. While Entresto is currently reimbursed in the United States, right now that reimbursement is based on outcomes, making it "critical for Novartis to demonstrate that they can reduce hospitalization and emergency department visits. Bundling with our platform we are able to predict exacerbation earlier and lets clinicians intervene."

For Biofourmis, this partnership can potentially add millions of new users to its platform: there are almost three to four million heart failure patients in Southeast Asia and over six million in the U.S. While the company obviously doesn't expect all four million patients to be on its platform in Asia right away, Biofourmis does expect to add around one million new patients in the next 24 months.