I can't help but build things 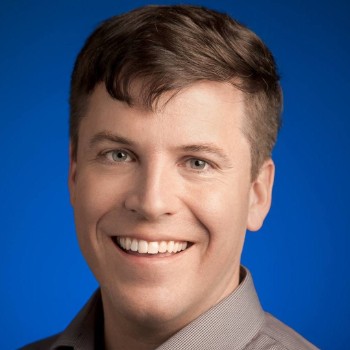 Today's entrepreneur is David E. Weekly, CEO of Medcorder, a mobile app that lets patients securely record, transcribe, and share the audio of their meetings with doctors. It creates a chat room for loved ones to immediately be notified after a patient has a doctor's visit with access to the audio to hear what the doctor said and discuss it with the patient and other family members.

He has started three companies, two non-profits (Hacker Dojo and the California Community Colocation Project), three venture vehicles (drone.vc - the first drone fund, neuron.vc, and mexican.vc - which has returned >11x cash-on-cash to LPs), and invested in over 60 companies. He's hosted parties for thousands of people and have officiated eight weddings.

Weekly has built and run commercial research teams for Google and Facebook, visited over 40 countries, taught kids tech in Ghana, worked with the Tunisian government on connectivity, seen fiber trenching live in Uganda, climbed mountains to support hilltop community wireless in northern India, have been a reporter for the Korean press, owned a Canadian ham radio license, guided Filipino coders on their use of Facebook APIs, and polled the Swedish public on their opinion on GMOs. He's a certified Rescue Scuba Diver, a certificated private rotorcraft (helicopter) and fixed-wing pilot, and a Part 107 licensed commercial drone operator / RPIC - he was responsible for over 100 Googlers' commercial drone licenses as the General of the Google Drone Air Force and founder of Dronestop. He has taught 2,000 Googlers about product management and personally mentored 60+ through product management career transitions.

He also hopes to some day help in politics, as he believes all people should spend some time in service.

Weekly will be participating in the startup showcase at Vator's Reinventing the Doctor event at UCSF on 9/12. Register here.

Company exits (of companies you founded):

I can't help but build things.

My mom got lung cancer and died eight years ago. Then my brother got brain cancer. Then my dad got prostate cancer three years ago and died last year. So three times over I got to see the patient and family's experience and in particular how much life-and-death information can be shared in a doctor-patient consult, but the patient has no way other than recording to capture it all. Visit notes or discharge summaries just didn't contain all the content and nuance of the consult. So I started transcribing my dad's visits; it was a lot of work but was super helpful in keeping everyone on the same page about status and options. I resolved that everyone should have that capability and it should be as easy as a push of a button on your phone.

The buck stops with you; you can't really blame outside forces. The company can move as fast as you are capable to direct it. That's terrifying and exhilarating all at once because by definition in those early days the company's evolution is ~100% gated on your capacity to execute.

Trying to boil the ocean! Entrepreneurs often have vast and comprehensive visions for what they want to have happen and don't want to compromise on that vision. As a result, they never launch or get anywhere. It's really hard to both hold in your head clearly what needs to be done this week and where things are going in the next 3-5 years but that's the critical thing.

Team is everything, rely most heavily on those you have worked with previously and trust and respect

Medcorder is a mobile app that lets patients securely record, transcribe, and share the audio of their meetings with doctors. We create a chat room for loved ones to immediately be notified after a patient has a doctor's visit with access to the audio to hear what the doctor said and discuss it with the patient and other family members. 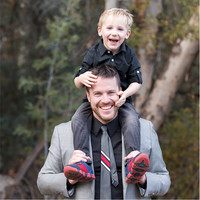