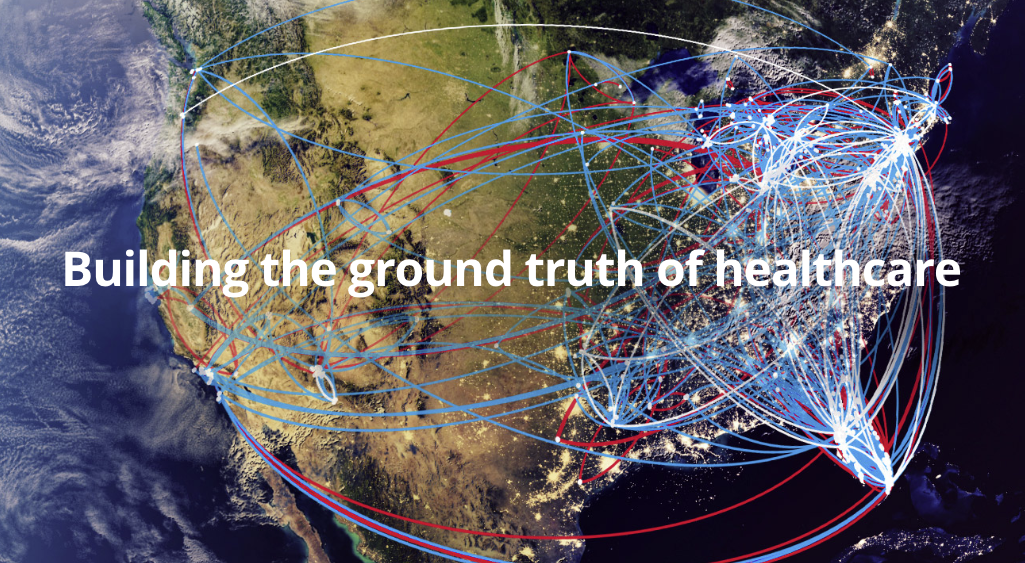 What if technology could predict a hereditary disease you could stop from progressing? What if a visit to your primary physician for carpal tunnel syndrome ended with a suggestion to get tested for a rare illness? As Komodo Health’s artificial intelligence algorithms crunch a decade of data about health conditions across several hundred million Americans, many what-if scenarios are becoming pathways for the next clinical assessment to be taken.

Founded in 2014, Komodo, funded by Felicis Ventures and McKesson Ventures, has mapped out 300 million individual health identities across the country to find patterns signaling the presence of disease, years before they’re ever diagnosed.

At a time when chronic conditions account for 75 percent of the $3 trillion US healthcare spend annually, identifying when symptoms occur earliest or recognizing patterns of activity that are often a precursor to the manifestation of diseases is vital in preventing those economically, physically and mentally crippling illnesses to either exist or progress. It could mean extending someone’s life years, making early detection with AI a laudable and worthy pursuit.

In this era of artificial intelligence - algorithms that can analyze new datasets with little to no human input - predicting the development of disease is now definitively within reach. As an example, Google continues to make progress with its healthcare AI tool to verify whether breast cancer has metastasized.

Concurrently, thanks to advances in genetic testing and personalized medicine, it’s not just the widespread diseases getting attention, but also those diseases that are often overlooked, disregarded, and orphaned. Heretofore economics drove pharmaceutical companies to spend billions on drugs that could be applied generally to broad populations. Today, that’s changing due to oversaturation of these markets (think: erectile dysfunction and treatments for high cholesterol) and costly clinical trials to get new drugs to market.

Rare diseases, however, have few treatment options if any, therefore the chances of successfully clearing a clinical trial is high if only for the sheer purpose of having treatment options available in the market. It’s no wonder big conglomerates are now turning their clinical development focus towards the pursuit of rare disease human therapeutics. Shire, which was purchased by Takeda for $62 billion earlier this year, just opened up a mega-plant and will spend $1 billion on rare disease drug discovery.

As chronic care costs proliferate, the question is: how can we diagnose and identify these patients as early as possible? And can AI algorithms, which perform better with more training data, be used for this purpose even for rare diseases?

Zeroing in on the needles in the haystack

Komodo Health, whose raison d’ etre is reducing the global burden of disease through the most actionable healthcare map, is making inroads in early screening of highly at-risk patients for rare conditions. A notable success is with hereditary ATTR amyloidosis (hATTR), a particularly rare disease affecting an estimated 10,000 people in the US and 50,000 globally, though may not even know it.

hATTR is an inherited multi-system disease affecting multiple organs, including the liver, heart, kidneys, and nervous system. Once diagnosed, a person has a median average of five years to live. Few hATTR patients get tested, much less treated, since the symptoms are hardly unique, thereby masking the existence of the sickness for sometimes decades at a time.

If a patient experiences heart failure, weight loss, and/or peripheral symptoms, such as numbing and tingling in their palm - all seemingly unrelated symptoms - they wouldn’t necessarily get tested for hATTR. To further compound the degree of difficulty diagnosing this condition, there are 120 TTR gene mutations to test for, even though only one of the affected genes need to be passed down from a family member for a person to experience disease progression. Even when a patient has an affected gene, they may not necessarily develop the condition. What’s more, the first symptoms appear between the mid-20s to mid-60s, which doesn’t help narrow down the timeline.

Physicians have limited visibility to determine whether a genetic test is warranted, especially if a person is asymptomatic, and/or has symptoms that are shared with more common diseases. Many clinicians may have never seen an hATTR patient in their decades of practice, and screening and diagnostic tools are typically only available upon request. Combine the lack of awareness with insufficient tools, and patients spend years in the healthcare system undiagnosed until a catastrophic manifestation of the disease unfolds, such as late-stage chronic kidney failure, where the only treatment option is dialysis or a kidney transplant.

A new view of the world

While disconnected symptoms were once looked at in silos, robust AI algorithms can now look across diverse symptoms and providers throughout multiple years of care can and weave together a pattern for hATTR.

Komodo leveraged its healthcare map to piece together predictive elements of patients with known hATTR. Komodo mapped out the clinical profiles of hATTR patients to understand their patient journeys from one care provider to yet another, across multiple specialists and treatments, across a sequence of diagnoses and so on. Komodo assessed patterns, clues, similarities - all to understand how to identify early patterns of the disease before it progresses into a serious condition.

What they found was that patients with the disease had on average more than 100 clinical encounters before they were tested and diagnosed with the mutated TTR gene. Komodo’s healthcare map and algorithms were able to zero in on activities and manifestations of the disease at least three years prior to when those patients would have been diagnosed, which is a point at which they’re already enduring a plethora of debilitating conditions, from heart disease, kidney failure to neuropathy.

The ramifications of these technology-driven advances are significant. The screening tool itself is a tremendous aid to primary care physicians, many of whom aren’t aware of the disease and associated tests and send patients to and from specialists, such as urologists to gastroenterologists to cardiologists, to determine the root cause of a person’s suffering.

Importantly, the AI algorithm gives patients and providers the opportunity to identify a hereditary gene they’re completely unaware of, and will also help their family members understand their condition better, and maybe get diagnosed themselves much earlier in their respective lifetimes.

Biology and AI advances are opening up a new world of specificity and granularity that never existed. In the US, a rare disease affects fewer than 200,000 people. Finding people with these diseases is like finding a needle in a haystack. As we discover better treatments for rarer diseases, many of which the general population has never heard of, identifying and educating the affected patient populations becomes increasingly important.

The only way to find them before diseases affect patient quality of life is to have mapped out the journey of others who have had such diseases, and take that patient journey and layer it over other profiles to identify similarities. Artificial intelligence is helping us get precise, and Komodo’s technology validates these new approaches.

My father passed away in 2017 after a surfeit of debilitating conditions, such as end-stage renal disease, liver and heart failure. He was never tested for hATTR. Yet knowing about this now makes me wonder what would have happened if he was tested a decade ago. That information might have made a difference for him. More screening tools for the 7,000 rare diseases in the country might make a difference for the 25-30 million people who live with a rare disease.

I hope identifying these patients early will make a difference for someone’s father, mother, sibling, or loved one in the future.