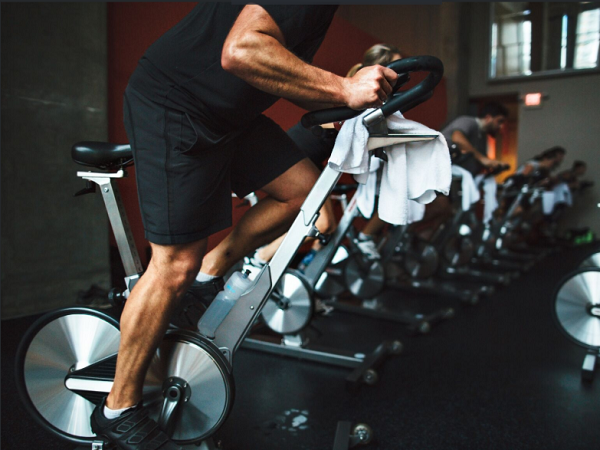 Thanks, in large part, to social media, we now live in what can be best described as an "experience economy." More than material possessions, people are now more focused on doing things and sharing it with their friends. That includes everything and up to normal tasks, like going to the gym.

That kind of shift has led to the rise of boutique fitness studios, which are more engaged with their users, and offer what Conor O’Loughlin, founder and CEO of gym management software company Glofox, calls a "value-driven approach." That's opposed to the "volume -driven approach" of the traditional gym model, where people pay and then the gym hopes they never show up. With boutiques, people pay a premium price for a service that caters to them.

"People are craving a social outing and exercise in one place, and that’s what they’re getting with boutiques. It’s this safe place where people feel like they belong and it has social status," O’Loughlin explained.

"It’s these trends that are making boutiques more defensible. While things like Peloton and at-home fitness gain traction, and there’s a place for them, it’s just that it’s very hard to replicate the experience that Boutiques are delivering to members, and that’s why people are coming back. It’s becoming part of their identity. The best brands are really tapping into that."

Glofox's goal is to help boutique fitness studio owners, whether they be SMBs or franchises, to create and maintain authentic relationships with their members. It does this by offering marketing tools, such as website lead capture, social media integration and email and push notifications, along with sales tools like mead Management and the ability to filter and segment those so to prioritize outreach, message specific groups and create automations to boost conversion.

Now investors are starting to take notice; on Tuesday, the Dublin-based company announced the closing of a $10 million Series A. The funding round was led by Octopus Ventures, with additional investment from Partech, Notion Capital and Tribal VC. The company had previously raised €500,000 in funding from EI plus Growing Capital to the amount of €500K In June 2016 and €2 million in funding from Notion Capital, Partech Ventures and Tribal VC in April 2017.

Founded in 2014, the company currently has close to 3,000 studios as clients, reaching over 1.4 million end members in over 45 countries. Companies that use Glofox include F45 studios, Elite Bodyworks, Fit 7/8, 9Round, PEAK Training United by GoodLife Fitness and Switch Playground. In all, Glofox processed around 10 million bookings last year, along with more than $50 million in payment processing.

For its clients, Glofox is able to show measurable results, improving their customer retention rates by 34 percent, and their revenue by 24 percent.

O'Loughlin is uniquely situated to tackle this problem given his background: not only did he study computer science in college, but he is also a former professional athlete, having been an Irish rugby union player for Connacht in the Celtic League. So he has both the technical expertise, along with the insider knowledge of the fitness and training world.

What really intrigued him, though, was the shift to the boutique model and how it is able to better engage and retain customers.

"There’s sometimes this misconception that boutique means small, but it’s not; it’s a model that’s more engaged and more valued-based model. It’s either by going deep in one discipline or a small subset of disciplines. So, that could be yoga studios across the gym," he told me.

"These studios are very much building mini-fitness communities and it’s tapping into the social aspect of fitness versus the traditional gym model which is an isolated gym experience where you pay for an annual subscription and they generally hope you don’t show up to keep space at a minimum. It’s volume versus value, really."

In addition, focusing on boutique fitness studios makes financial sense, as they are actually growing at a faster rate than the traditional gym industry: 19 percent year-over-year versus six percent for the industry at large. That's why many older, traditional gyms are starting to take advantage of the trend as well, launching their own boutique fitness concepts under a different brand name, which O’Loughlin says is typically more successful than trying to create a hybrid approach between the old model and the new.

Expanding into the U.S.

Glofox will use this investment, in part, to increase marketing efforts and fill some of its key leadership positions. It will also go towards the continuation of the company's expansion efforts in the U.S., specifically building out its headquarters in Los Angeles.

The U.S. is a key market for the boutique fitness space, O’Loughlin explained, as it represents around half of the global market.

"When we started the company in Dublin, we were addressing the U.S. audience from day one. We were leaning into that U.S. customer and soliciting feedback from that U.S. customer. For us, they represent the more visionary customer and they were probably thinking further ahead than a lot of other markets. So, we localized pretty quickly for that and we saw great traction as a result," he told me. Currently over 60 percent of Glofox's lead come from the U.S. and it represents close to 50 percent of the company's revenue.

"It was always the company’s trajectory and in order to become market leader we have and always had ambitions to capture the U.S. So, this is the next step in terms of churning that growth."

As for why the company chose to build a headquarters in Los Angeles, it's because of the maturity of that specific market.

"LA, for us, represents for us a huge hub of businesses, with studios and the large franchises as well. In some ways it was probably the more difficult route given the time zone difference but, for us to really build out that proper U.S. presence, we wanted to establish ourselves where we saw the most benefit in terms of the opportunity."

Finally, the new funding will also go toward development of the product, most notably when it comes to customer analytics.

"Some of the more unique aspects of Glofox are things like being able to help studios nurture leads through their studio, to take trial members who then go onto become fully pledged members. Also, helping uncover analytics that are more aligned with the engagement business model that they’re running and help them predict member attrition. We have built in strategies within the platform to address that, whether that’s automated communications or deeper engagement. That’s a lot of what’s already there and we’re continuing to build on that."

A deep focus on boutique fitness

Glofox's most obvious, and bigger, competitor in this space is Mindbody, which went public in 2015. There is one key difference though: while that company acts as a studio management software for a variety of different segments, including fitness studios, yoga, pilates, personal training, dance, martial arts, spas and salons, Glofox is laser focused on the boutique fitness industry. That allows the company to really own that one space.

"With Glofox, we took a very distinct focus on being extremely relevant to the boutique studio business and that type of business model, from SMB right up to enterprise. This type of business model is more driven around engagement and customer loyalty and a higher fidelity relationship between businesses and their customers, so that’s really where we’re focused on facilitating. Within that, we provide that end-to-end solution, so we’re that all in one solution which really focused on helping these boutique business studio owners build and grow their businesses," said O’Loughlin.

"With Glofox, we’re shaping the future of the fitness industry and we see ourselves enabling these fitness entrepreneurs to build successful, growing businesses, and, ultimately, helping them improve worldwide health and well-being. That’s the impact that we’re having and that’s the purpose of the journey that we’re on, so down the road it’s delivering more of that on a global stage."

Founded in 2014, Glofox is the gym management software helping fitness entrepreneurs improve the health of people worldwide. Built to specifically address the intricacies that come with class-based fitness management, the platform enables studio and gym owners to seamlessly manage booking, payments, new leads and memberships. With a client base that doubles in size every year and spans 43 countries across the globe, Glofox is taking group fitness to the next level and ensuring owners and their customers have the best fitness experience. 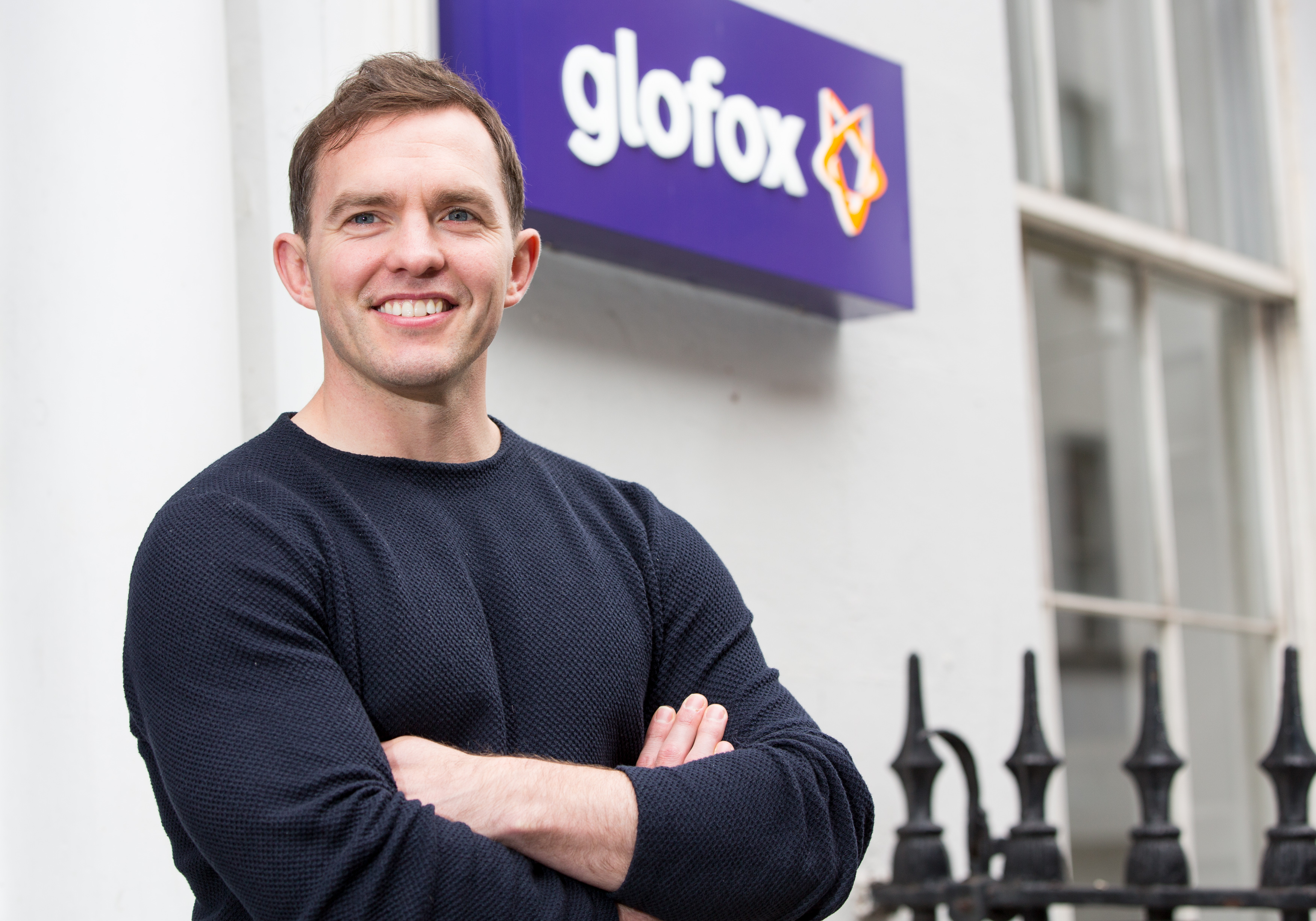 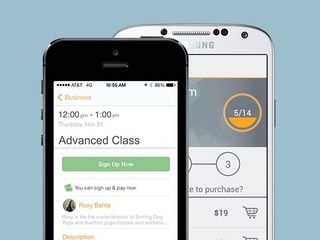 How does Mindbody make money? 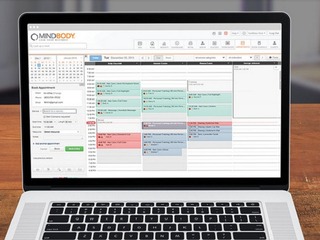