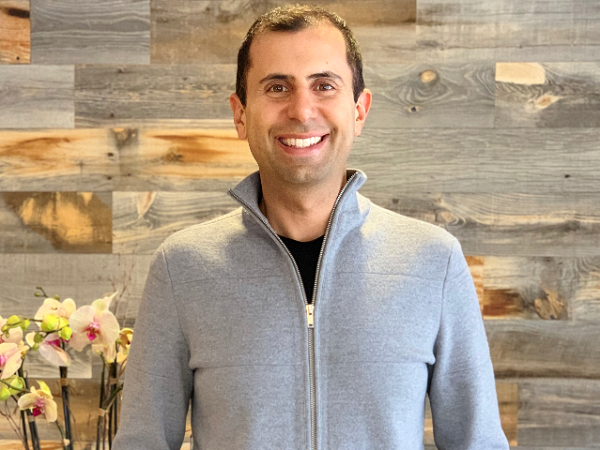 With investments in companies like Transfix, Zola, Kinetica, Figure Eight, Platform9, Future Advisor, Gabi and Roofstock, early stage venture capital firm Canvas Ventures has already made a name for itself in the industry, despite being relatively young.

On Monday, the firm, which was spun out of Morgenthaler Ventures in 2013, announced that Eat24 CEO Mike Ghaffary is joining the firm as its fourth General Partner. He will be joining existing General Partners Paul Hsiao, Gary Little and Rebecca Lynn.

In addition to his time at Eat24, Ghaffary was the co-founder at Stitcher and also spent time at Yelp and TrialPay. Even though he has over 10 years of experience as an operator, venture has always been his true passion, he told me in an interview, even as far back as when he was in college.

"While I was in business school I got fascinated with this idea of venture capital. I had done a small startup while I was in college, and I worked for a software company called MSC Software, but I really didn’t know much about VC. I had heard of it and then when I learned about it in business school I said, ‘Hey, here’s this job that’s really intellectually interesting, but, at the same time, you can be very extroverted.’ Most intellectually interesting jobs would require people to be locked up an ivory tower of some kind, and with venture you’re really on the ground, meeting people, getting to work with the next generation of amazing entrepreneurs, so that really appealed to me. Plus, I had this passion for technology," he said.

His first job after graduate school was at later stage firm Summit Partners because "was the only firm with the word ‘venture’ in their name that came to recruit on campus at HBS." He decided that not only was he was more interested in early stage venture, but that he also needed more operating experience before becoming a full time VC.

"Like Paul, Rebecca, Gary and the Canvas team, where every partner has meaningful operating experience, I noticed that all best and greatest VCs seemed to have some kind of meaningful operating experience, at least for the venture investor I wanted to be, which was a helpful resource that a founder could ask for advice and perspective and really feel like they’re on the same side of the table, versus purely being a financial type who didn’t have that empathy with the founder," Ghaffary said.

Earlier stage venture capital was more appealing, he explained, because there's more emphasis on the founders and the technology than at the later stage.

"That original thesis I had about venture, that venture is this job that is, on the one hand, you get to learn about the latest new technologies that are trying to change the world, and have this very intellectually interesting job. Then, on the other hand, you get to do it in a very on the ground, in front of people, kind of way. So, that was really appealing to me," he said.

"The later stage you get with investing, the more it tends to be primarily driven by the numbers and the metrics and less about some of the other stuff. Less about sitting down and really spending time with the founder, understanding the early product, how it’s going to market and sinking your teeth into that. It can become somewhat more of a numbers game or more about who can more creatively use debt or other financial instruments. To me, that early stage of really focusing on the founder, the team, their early product, how they’re thinking about the market, in addition to looking at any early proof points or traction they have, that was much more appealing."

While at Eat24, Ghaffary became an angel investor and he then when he decided to go back into venture full time in 2017 he joined Social Capital. As Ghaffary had a prior relationship with Lynn, Little and Hsiao, helped with the decision to eventually join Canvas.

"I first met Rebecca 11 years ago when I was doing Stitcher and she was at Morgenthaler. I met Paul seven years ago in 2011 after I joined Yelp, and I met Gary as well and had been to his house. So, knowing this group of people for many years, knowing what they stood for, that they were in it for the long haul, former operators who are also very savvy investors, that was all very appealing," Ghaffary told me.

"The key criteria I had, first and foremost, was the people. Ultimately, these are small partnerships and the individuals that make it up, and their team dynamics, that's truly the most critical thing. So, if you can get the right people, with the right culture, and the right mindset, and, on top of that, if you’re lucky enough that those people then are really smart and great investors, and know how to pick companies, and then, beyond knowing how to pick them, they know how to help those companies one they’ve made those picks, that’s a magical combination. Canvas is just in the early innings but you’re already seeing it with a lot of exciting portfolio companies."

For Hsiao, getting Ghaffary on board was a priority as soon as he became a full time venture capitalist, he told me.

"I’ve been building relationships with all the best marketplace entrepreneurs and investors out there, and Mike has always been at the top of the list. When I ask folks in the community who they go to for advice, Mike’s name comes up consistently. When we started Canvas four years ago, we thought, ‘When we eventually add the fourth partner, Mike is at top of the list.’ We missed a turn when Mike joined Social Capital, and we were kicking ourselves that we didn’t know Mike was on the market," Hsiao said.

"He’s got a really good seed portfolio and we were like, ‘Aw, darn it. If there’s ever another chance we are not going to blink.’ So, when things unfolded at Social Capital we tried to chase down Mike as hard as we could, and we’re super fortunate that Mike has decided to join us. We care about culture. Like Mike said, we’re all ex-operators, we’re all ex-entrepreneurs, we want to build a very concentrated portfolio, we want to build that tight knit, small group and Mike fits everything that we dreamed that we could add as a fourth general partner."

At Canvas, Ghaffary will focus on investing on three categories: marketplaces, consumer and software companies. Marketplaces, in particular, fit into his expertise, given his time at Yelp and Eat24.

"Sometimes people think that marketplaces or network effect businesses are just a subset of one category on par with other categories, but, for me and Canvas, we really look at it and say, ‘This is actually the majority of the value being created.’ You look at all the iconic companies like Amazon, whose marketplace is a key part of their business, Uber, Airbnb, even Facebook and Google, where their business model, their entire business is built on an ad marketplace that’s critical to what they do," he explained.

"As a result, I think there’s continue to be a lot of opportunity in new marketplaces and network effect business models, both in consumer apps and B2C, as well as B2B. The funny thing is, people always think that the current wave of innovation is done, that every iPhone app has been tried out, and every on demand service or marketplace has been tried out, until the next big one comes along, and then we’re all in awe."

For Hsiao, a successful partnership between Canvas and Ghaffary would be one where "the four of us are known to be incredibly empathetic to entrepreneurs, build these iconic companies in the U.S. and worldwide, and that we’re a team," he told me.

Every few years, he said, there's are new tight kit groups that form, like Benchmark in the mid-90s, Union Square Venture and Foundery in the mid 2000s. That's what he wants Canvas to be known for as well.

"Already, Mike has added value. He has increased the EQ and IQ of the room when he’s with us. We always show up at companies together, and one thing that Mike brings that we don’t have is his network with the corporate development, the business development, all these top companies in the Valley, and that is a level of access that is incredible and we treasure that. That’s how we think about it over the next five to 10 years."

Ghaffary's ultimate goal with Canvas is to help the firm become a go-to for entrepreneurs in the early stages.

"As Paul pointed out, over the past 20 or 30 years, every few years these new firms emerge. The cycle continues itself because, typically, the older ones get bigger and they start raising larger and larger funds. That leaves a gap to create that white glove, very respectful and nimble experience of a small group of very experienced partners who can really come in and help entrepreneurs and pick the best companies. That opportunity exists again and as I surveyed the market, Canvas and Paul, Rebecca and Gary, they seemed have both that existing track record and the potential to be that elite firm. We continue to build that together," he said.

"Ultimately, if we look back 10 years from now, and founders say, as I’ve already seen them say, ‘My first phone call is one of the partners at Canvas, they’ll help me figure out my funding round, they’ll help me with my business in general, they’ll help me with prospectives and operators, they’ll give me the advice I need and really understand me and be empathetic.’ If that’s the reputation that we continue to build then I’ll be very happy." 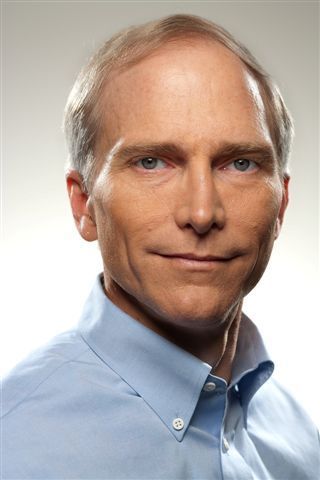 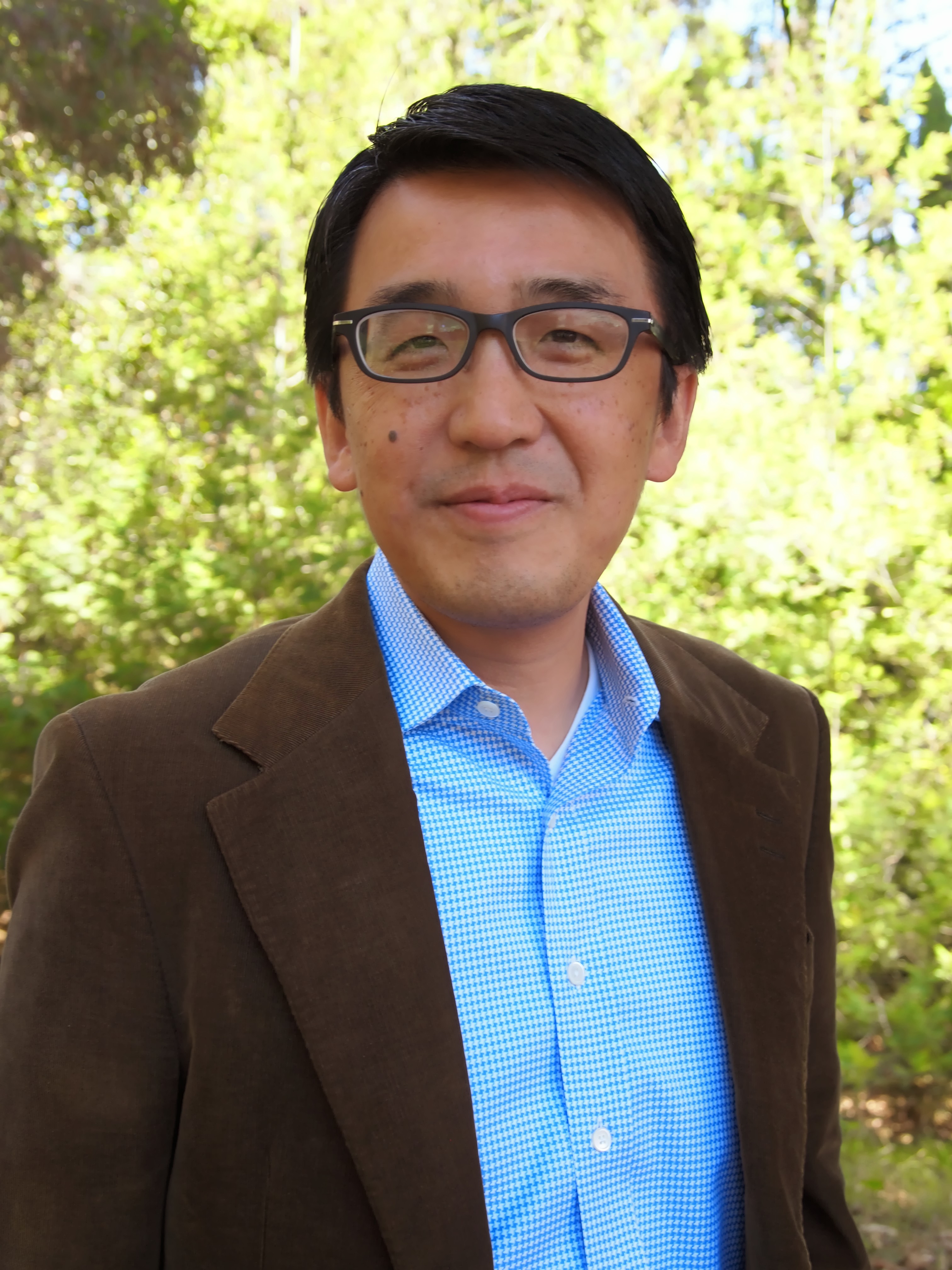 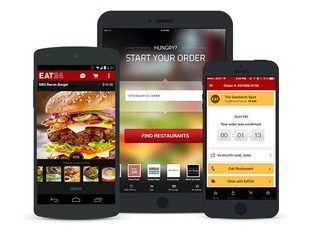 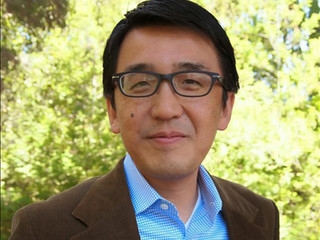 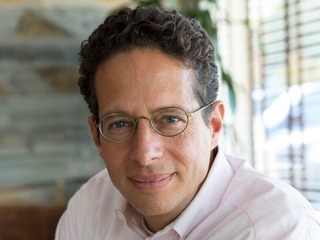 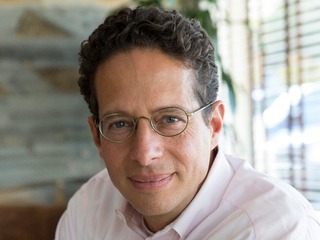 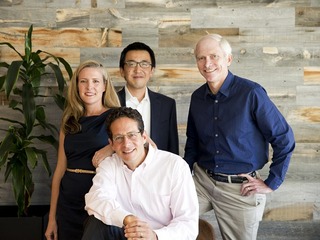