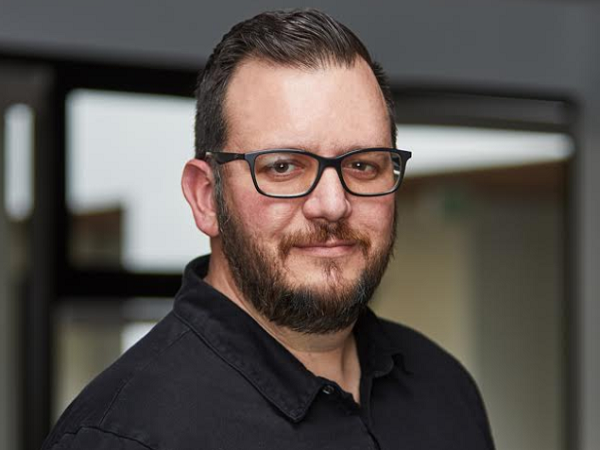 If you only listened to the news, it might seem like we should already be looking out our windows and seeing cars on the road driving themselves, without a human anywhere to be seen. The truth is, though, getting to that level of autonomy is going to take a long time, probably decades, before it's a reality. In the meantime, we will have semi-autonomous vehicles, meaning those with some level of autonomy, but where there will still need to be a steering wheel and a driver.

In the meantime, what all these vehicles, those that are both fully and semi-autonomous, are going to need is insurance. Unfortunately, the insurance industry isn't one that is known to be ahead of the curve on these things, noted Dan Peate, CEO of Avinew, an insurance provider for autonomous vehicles.

"I realized that, as technology progressed, insurance would have to progress as well, and it’s not an industry that’s been really good at that. The next big technological revolution that I started looking at was the autonomous vehicle. I wondered, ‘If a car is doing some of the driving, shouldn’t auto insurance be different?," he told me in an interview.

"The Model X came out and I thought that was a pretty awesome car so I called my auto insurance company and asked them for a quote if got the Model X, how much my insurance would increase. They wanted to increase my insurance by $10,000 a year. That was a big moment for me that I knew that the auto insurance industry wasn’t ready for a partially self-driving car."

Avinew solves this problem by pulling data from the car, using AI and telematics, and is able to determine when it is in safety mode, such as Auto Pilot, ProPILOT Assist or Super Cruise. It then discounts the auto insurance based on how often the drivers uses those features.

"We believe that if you bought a safer car and used the safety features, you should be rewarded, not punished. We believe that those miles that the car is driving itself are infinitely safer," said Peate.

The idea has already caught the eye of investors; on Wednesday, Avinew announced that it raised $5 million in seed funding. The round was led by Crosscut, with additional participation from American Family Ventures, Draper Frontier, and RPM Ventures.

The idea behind Avinew is to give owners of autonomous cars insurances rates that are even better than market. While the he couldn't get into specifics about how much drivers would actually save by buying through Avinew, Peate did say it could be as high as 50 percent off the initial rate.

For example, the company did a test last year, and found that people used safety features, on average, around 30 percent of the time in a three month period. That would be enough qualify them for some significant discounts.

This is happening when the idea of autonomous vehicles still seems far away, but there is more happening in the space than most people likely realize.

"We’re starting way sooner than what people think of as autonomous vehicles. We’re starting with cars that are on the road today, like Tesla, Cadillac has Super Cruise, many other manufacturers have cars that are being release this year and next year that have level 2 autonomy that we think makes the car much safer than it today. So we’re starting at a much earlier place," said Peate.

In fact, he told me, the most important time frame for the company is what he calls the "messy middle," meaning the time before full autonomy takes hold.

"We think that you’re going to see rapid adoptions of semi-autonomous vehicles, level 2 or level 3, over the next 20 years. We do think there’s going to be a very long period of time where there’s the messy middle, where you’re going to have all different levels of autonomy on the road, interacting with each other. That’s where we think that our value proposition is most beneficial, helping encourage people to use these feature, to use them safely, and to reward them for using them and to help over that long period time of transition."

The idea is to also up end the way that people buy insurance, breaking the cycle of people simply buying the same products that their parents did, which is how such products have often been purchased before.

"As far as we can tell no one is doing what we’re doing. We believe that the people who buy these types of vehicles are early adopters and don’t necessarily make decisions on what to purchased based on what their parents purchased. Most people who own Teslas never owned a Tesla before, nor did their parents. Their parents owned an Oldsmobile. That’s how people used to make decisions. Like, ‘We’re a Ford family.’ I’ve heard people say stuff like that," Peate said.

"The reality is that people are buying these cars because of how awesome they are and the new features. We think the same will hold true with people buying auto insurance, that they won’t just buy it because their parents have it. It's not that their parents owned State Farm and now they’re with State Farm. They’ll buy insurance appropriate for their cool new car."

The company has been testing out its product for the past year, and is looking to start selling insurance to customers toward the end of 2019. As such, most of the funding will go toward completing the build of its technology platform.

The funding will also go toward growing the 12 person team, specifically its engineering team, as well as expanding across the country. While Ainvew is based in California, that won't the state where the company first launches its product. Though Peate could not say yet which state would see the initial launch, he did outline some of the criteria for where the company will go next.

"We’re looking for states that are friendly to interesting, new ideas around auto insurance, as well as states that have a preponderance of semi autonomous vehicles being sold," he told me.

In addition to the funding, it was also announced that Jeremy Snyder has been appointed to serve as Avinew’s new COO. Snyder spent the last 10 years at Tesla as the company’s Head of Global Business Development and Special Projects.

"As we set out to reinvent auto insurance for semi-autonomous vehicles, it is critical for Avinew to have team members with intimate understanding of the people that are buying cars equipped with cutting edge technology, the auto industry and the technology itself," said Peate. "Jeremy will be invaluable in helping us understand our customer, form partnerships and ultimately bring our solutions to market."