As tech tumbles, tech giants' moves into healthcare are being overlooked 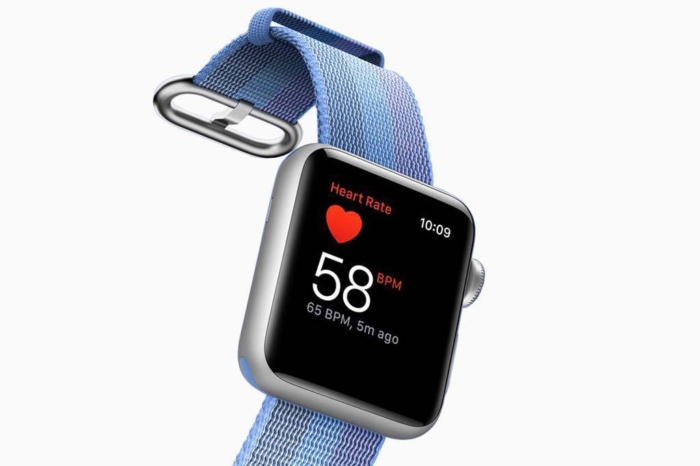 This week, healthcare is a big theme as JP Morgan is wrapping up its mega healthcare conference in San Francisco while CES - host to 100k-plus techies - is making healthcare innovation a big deal as attendees can now earn CME (continuing medical education) credits for attending the digital health segments.

Healthcare is a $3.7 trillion industry in the US, about 18 percent of GDP and growing. It's an area of focus for the major tech companies, though you wouldn't know it by the way their shares have been pummeled in the last quarter. In fact, particularly with Apple, most investors appear not to even care about their healthcare endeavors.

Since healthcare is a nascent area for the tech companies, it's not easy for investors to model out the benefit. To be sure, the tech giants also seem to be staying pretty stealth and mum about their ambitions, giving investors little to chew on. To wit: Jamie Dimon, CEO of JP Morgan Chase, hosted a private dinner and one of the main topics, besides his quest for lower drug prices, was Amazon - though Amazon wasn't in attendance. Amazon, JP Morgan and Berkshire Hathaway announced a year ago that the three would work on a new healthcare entity.

But considering how significant an opportunity, investors will get inspired again once they understand the magnitude of the market. Consider this: Apple's shares have nosedived on concerns of a slowdown in iPhone sales. But the global smartphone market is almost $500 billion whereas the US healthcare industry is $3 trillion, and that's not including the wellness industry, which is $4 trillion globally.

So how are the big tech companies positioned to be part of the healthcare ecosystem? Here are some thoughts.

Amazon's stock hit a hight of $2050 in September 2018. Since then it's dropped down to $1600. It's still quite expensive and is holding up relative to other tech giants. But Amazon's push into digital health with its AI and machine learning platform to rapidly analyze medical data could be the next big growth opportunity for the retail behemoth.

Amazon is making big strides in digital health, with its new technology that democratizes machine learning.

"Identifying this information today is a manual and time consuming process, which either requires data entry by high skilled medical experts, or teams of developers writing custom code and rules to try and extract the information automatically."

Comprehend Medical can identify anatomic terms, medications, medical conditions, and treatments. The software, which doesn't require servers to manage or engineers with ML experience, will read the unstructured text and label and organize the data into readable medical information, while also highlighted protected health information (PHI).

The data is then used to get a snapshot of a person's medical history so caregivers can make clinical decisions faster and identify patients who can be recruited for clinical trials.

Dr. Wood has said that the democratization of Machine Learning tools through its platform Sagemaker is akin to when Amazon launched AWS a decade ago. The launch of AWS enabled many startups to build up their platforms in the cloud. Just to give you a sense of how big this opportunity is, Amazon's operating income comes almost entirely from AWS.

How big is this new opportunity? Probably underestimated. Currently, the market to store and analyze health information is more than $7 billion, according to Grand View Research. This market opportunity is far smaller than the $400 billion pharmacy market that Amazon just moved into with its purchase of Pillpack in June.

The real opportunity for Amazon will be with Dr. Alexa. Just this past October, Amazon filed a patent to detect if someone is sick and the prescribe medications.

"One example given in the patent is a woman coughing and sniffling while she speaks to her Amazon Echo device. Alexa first suggests some chicken soup to cure her cold, and then offers to order cough drops on Amazon," according to the Telegraph.

Apple shares are trading around $150, after hitting a high of $233 in October 2018. Investors fear that iPhone sales have slowed down and will continue to do so this year, particularly in China -- reportedly a much larger market than the US. iPhones accounted for 59 percent of Apple's total revenue in Q4 2018.

But when looking at other growth areas for Apple - it's in the pole position for wearables (which includes smartwatches, plus Beat headphones and AirPods - whose sales Apple doesn't disclose) and has 61 percent of the smartwatch market, according to IDC. Just looking at smartwatches alone, Apple sold 8 million in Q4 2017, and nearly 18 million smartwatches in that year, with Samsung in second place with about 3.5 million sold.

When we're thinking about the future therefore, we should be considering watches, wearables and other ways Apple can tap into the healthcare market. It's clearly an area CEO Tim Cook wants to participate in.

"The focus has been on making products that can get reimbursed through the insurance companies, through Medicare, or through Medicaid," said Cook, in an interview with Forbes. "And so in some ways we bring a totally fresh view into this and say, ‘Forget all of that. What will help people?... I do think it’s a big area for Apple’s future."

Indeed, in January 2018, Apple announced an easier way for people to get their health records right from their phone. Imagine how much Apple can do with that data? 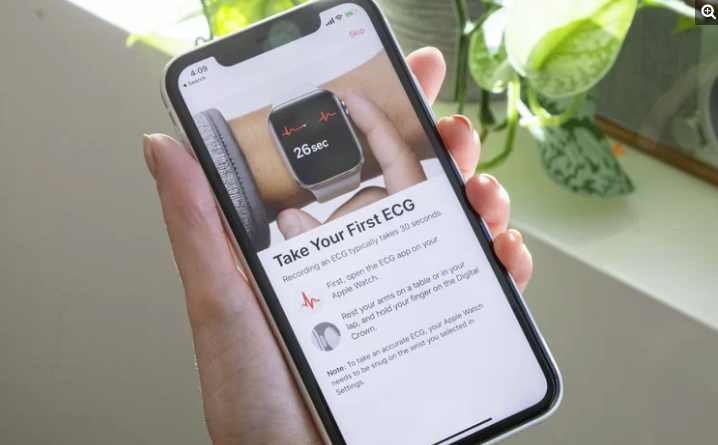 My bet is that Apple's real future will be in its watch and wearables. With the launch of its Apple 4 Watch, we can now get an ECG (electrocardiogram) in under a minute from our wrist. This feature was just released in early December 2018. Here's a good video on how it works.

The watch can't detect a heart attack but it can detect atrial fibrillation, which is an irregular heart rhythm. If you have this, you should get treatment otherwise, this can lead to a stroke down the road. This is a big market. The wearable industry, driven by smartwatches and fitness trackers, is expected to be $27 billion in 2022.

Another big area for Apple is in its on-site clinic. Today, more than a third of companies with 5,000 employees have on-site clinics, up from a quarter in 2012. Let's look at the growing area of on-site clinics. Earlier this year, Apple launched AC Wellness, its own medical clinic for its own employees. It's not surprising as a third of companies with more than 5,000 employees offer some on-site medical clinic, up from 17 percent in 2007, according to a Mercer report. Also in the report, half of the companies reported a return of 1.5 or higher, which means that for every dollar invested, $1.50 was saved (as measured by increased productivity, reduction in absenteeism and some reduction in health risk).

What this means is that Apple would be able to have a significant impact on reducing its employee costs. But it also means that Apple can have its own lab of sorts to determine what products should be built for mass market consumption outside of its employee base. Apple has 132,000 employees, according to Statista, about 50,000 more than Google.

Between 2013 and 2017, Alphabet filed 186 health patents, according to Forbes, which cited an Ernst & Young report. The report also showed that Alphabet, Microsoft and Apple filed over 300 patents related to healthcare between 2013-2017, representing a nearly 40 percent jump every two years.

The patents "show an increased interest in the exploration of chronic illnesses like diabetes, the use of bioelectronics or "smart" operating rooms," and focuses primarily on DeepMind and Verily Life Sciences, both divisions of Alphabet, according to Medical Futurist.

DeepMind is focused on Artificial Intelligence. Its AlphaFold product, which predicts 3D shapes of proteins, recently won an international competition by providing the most accurate structure for 25 out of 43 proteins, compared with other contestants that predicted just three. By knowing a protein structure and identifying if they get tangled or misfolded, DeepMind could detect diabetes, Parkinson's and Alzheimer's.

Verily is run by Andrew Conrad, a cell biologist and geneticist. To that end, Verily is focused on genetics and biometric data. It typically partners with health organizations for research. One area Verily is pursuing is surgical robotics, an area dominated by Intuitive Surgical, which generates around $1 billion in quarterly revenue and has a market cap of $59 billion. Not a bad market for Verily to pursue.

Calico is Alphabet's division focused on aging. This is a big area. About 10,000 Baby Boomers retire (hit 65) each day, according to the AARP. This will continue until 2030.

Another area in healthcare for Google will be in its Assistant as an enabler of health information, much like Alexa. Google announced that Google Assistant will be on one billion devices by the end of this month. Those devices include smart dishwashers to Google's Home mini.