When life gives you lemons, put them on your turkey

It's Thanksgiving, time to be thankful and see life as a glass half full 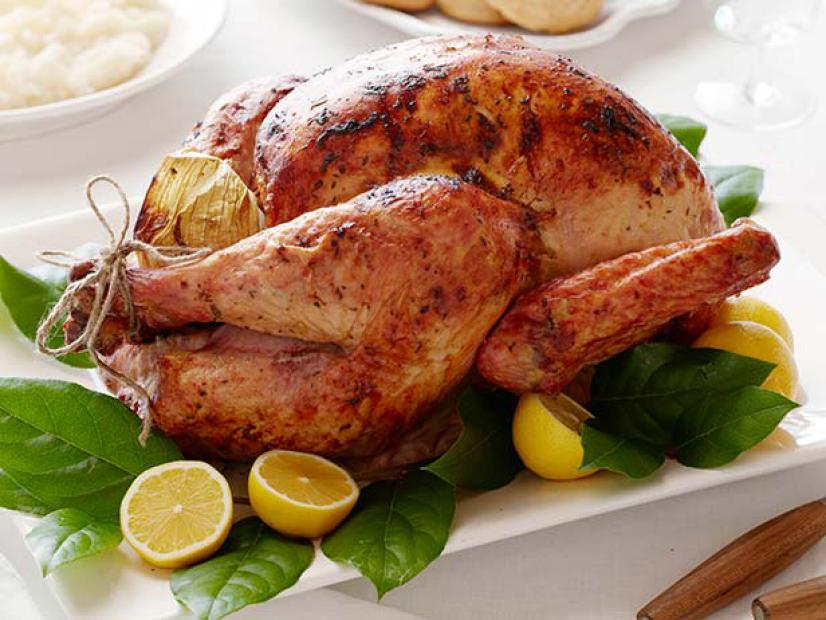 It’s Thanksgiving! Time to give thanks.

There’s much to be grateful for, even though the global economy has softened; Apple, Netflix and Google have entered into massive correction mode and for those in California, where I live, the worst fire in the state’s history has ravaged towns, and taken lives.

But there’s always, always something to be thankful for. My youngest son has, for the last week, said a prayer of thanks for the brave men and women who’ve helped fight the fire or provide relief and support for those in need. He’s also thanked God for the upcoming rain we’re about to have.

So as we get ready to enjoy Thanksgiving with family, let’s see the good in the bad, the right from what may seem wrong, the opportunity in adversity, the eye-opening lessons from misfortunes. As a friend of mine wrote about her breast cancer journey, “When life kicks you: let it kick you forward.” Sylvie Leotin has created a new company to improve the patient experience for all cancer patients, and ultimately all patients.

Here are some other ways to see the glass half full.

Tech companies have lost their luster, as my colleague Steve Loeb writes. The Cambridge Analytica scandal "eroded public trust in companies like Google and Facebook and the recent announcement of Amazon's new headquarters in New York City, has people from both sides of the aisle calling foul." Steve writes that we put too much trust in technology and now we're questioning its role in our life. The glass half-empty view is that our data in the hands of third parties can never be trusted; big capital-flush tech giants are unfairly getting subsidies, and if you bought Apple at $230, or Alphabet at $1275 or Netflix at $418, you're thinking your stock-picking days are over. But the glass half-full view is that these tech giants are taking steps to regain that trust; Amazon may create jobs and wealth that will trickle down, and that stocks just got cheaper.

Due process vs #me-too

The Brett Kavanaugh confirmation was extremely upsetting for many, mainly because it was spinned to be a referendum on which party cared more about sexual assault. It wasn’t. And that’s a good thing. It was about the right to due process prevailing over the weaponizing of the #me-too movement. And this is a great thing. As I wrote in a Tweet, it was the #me-too movement jumping the shark. Moreover, while Kavanaugh is conservative, one can’t deny his track record. According to FiveThirtyEight, not exactly your right-wing publication, Kavanaugh’s experience shows “stellar originalist jurisprudence”. His record shows he can set aside his idealogy. “His abortion rulings are simultaneously too liberal and too conservative. He’s both opposed to and supportive of the Affordable Care Act. He’s most similar to Chief Justice John Roberts and most similar to Justice Clarence Thomas."

Accidental entrepreneur in the White House

As an entrepreneur, and someone who supports out-of-the-box thinking, I’m grateful for a President who isn’t tethered to the status quo. Say what you will about his idiosyncratic personality, his challenges to the value of NATO, Obamacare, the Iran Deal, free markets, the Paris Climate Accord, and immigration are indicative of a fearless person who wants to rethink these arrangements that aren’t exactly working in our favor. His policies are probably as offensive to some people as the idea of Medicare for all and a socialist government are to me.

So I’m thankful that we have an entrepreneur in the White House. Now that President Trump has put these issues on the table, however controversial they may be, even Democrats and left-leaning institutions can’t deny there’s some merit to those decisions. A year after the US withdrew from the Paris Climate Accord in 2017, the Washington Post wrote a positive article about the seemingly audacious move.

As for free markets. I’ve always been a passionate supporter of Milton Friedman’s free market theories. So has the rest of the country. So tariffs fly in the face of this seemingly tried-and-true policy. At the same time, I’ve found that in California, real estate prices have, in part, been driven up by foreigners. Some 40 percent of Chinese buyers in the US, buy real estate in California. This is great for myself as a homeowner, but at the same time, not so good for some retail shop owners whose absentee-Chinese landlords have little incentive to work for the betterment of the local neighbors, but rather for their own economic gain. This was Friedman’s idea of free markets. If we bought goods from China, then we’d enrich them enough to invest in us, whereby we’d be enriched. This is happening, though the riches accumulating seem increasingly one-sided.

So let’s see the silver lining; Let's not be so rigid in our views; Let's know that what doesn't kill you makes you stronger; And let's make lemonade out of lemons.

Or better yet - let's put them on our turkeys.