How does Lime make money?

Lime, which recently raised a $335M round and partnered with Uber, charges users a fee to ride 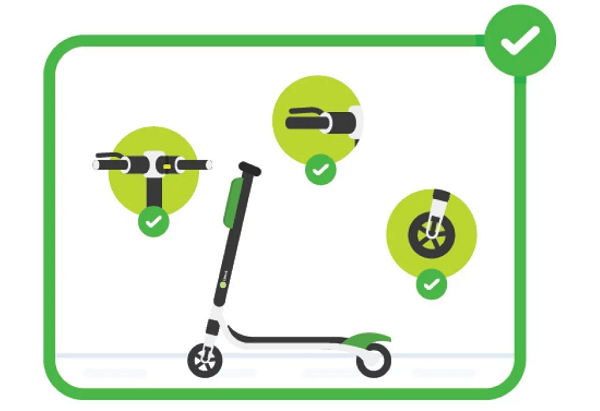 As the world becomes more eco-conscious, and more cities invest in smart technology, bike sharing has taken off in a big way, leading to an explosion of funding. From 2016 to 2017, investments in bike sharing companies rose 812 percent year-to-year, going from $287.7 million in 2016 to $2.6 billion in 2017. And this year has not been slowing down at all: recently, Chinese bike-sharing startup Ofo raised $866 million in a round led by Alibaba.

In fact, many of the companies that are raising funding in the space are Chinese, including Mobike, which raised a $600 million round in June of last year, led by Tencent, and Hellobike, which had raised over $500 million before being acquired last year.

Of the bike sharing companies in the United States, one of the emerging leaders is Lime, which partners with cities, colleges and businesses to provide smart mobility services.

To use Lime, all users have to do is download the Lime app which will allow them to see scooters, e-bikes and pedal bikes that are nearby. They scan the QR code or enter a number to unlock the vehicle and then lock it up safely when they are finished.

How does Lime make money?

The way the company makes money is fairly straightforward: the user pays Lime to ride its vehicles, with the fee depending what the user chooses to ride.

For example, a pedal bike costs $1 for 30 minutes, and the unlocking fee is included.  Students, faculty and staff with a valid ".EDU" e-mail address pay only $.50 per 30-minutes. To ride the Lime-E Electric Assist Bikes, though, costs $1 to unlock, plus $0.15 per minute. To ride a Lime-S Electric Scooter, which the company debuted in February, costs the same.

The company also offers LimePrime, which costs $29.95 per month and includes $100 in ride credits for use on Lime Classic Pedal Bikes only. Students, faculty and staff pay $14.95 per month.

Since Lime's bikes and scooters are dockless, that means that not only can the riders drop them off anywhere, but, more importantly, it saves Lime money by allowing them to now have to install, and maintain, those docks.

“Our business costs are different,”Sam Dreiman, Director of Strategic Development in San Diego for LimeBike, said in April, “so we're able to offer our products at a more affordable rate. And because of their convenience, they're ridden more frequently.”

Launched in July 2017, LimeBike has over 35,000 bikes deployed, with availability in 70 markets and its riders have logged over 1.5 million trips. In March, LimeBike submitted a report to the city of San Diego in which it said that it recorded more than 21,000 riders who had taken more than 55,000 trips in just the first three weeks after it expanded operations to the city in February.

Lime has raised a slew of funding this year, starting with a $70 million round of funding in February from Coatue Management with additional investments from DCM Ventures, GGV Capital, Franklin Templeton Investments, Section 32, AME Cloud Ventures, Stanford-StartX Fund and The Durant Company, as well as previous investors, including Andreessen Horowitz and NGP Capital, and Decent Capital.

Earlier this month, the company raised another $335 million in a round led by GV. Other new investors included Alphabet, IVP, Atomico and Fidelity Management and Research Company.

Also investing in the round was Uber, and the two companies agreed to enter into a strategic partnership in the electric scooter space to "offer people a greater variety of transportation modes at their fingertips and make it increasingly easy to live without a car."

With this new funding, Lime has now raised $382 million at a $1.1 billion valuation, making it the latest entrant into the unicorn club. 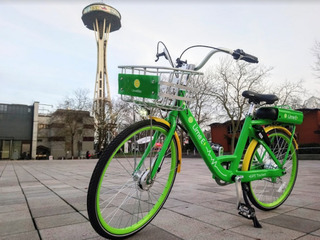