Waggl lands $7M in Series A financing to engage employees

The voice of the employee heard via Waggl 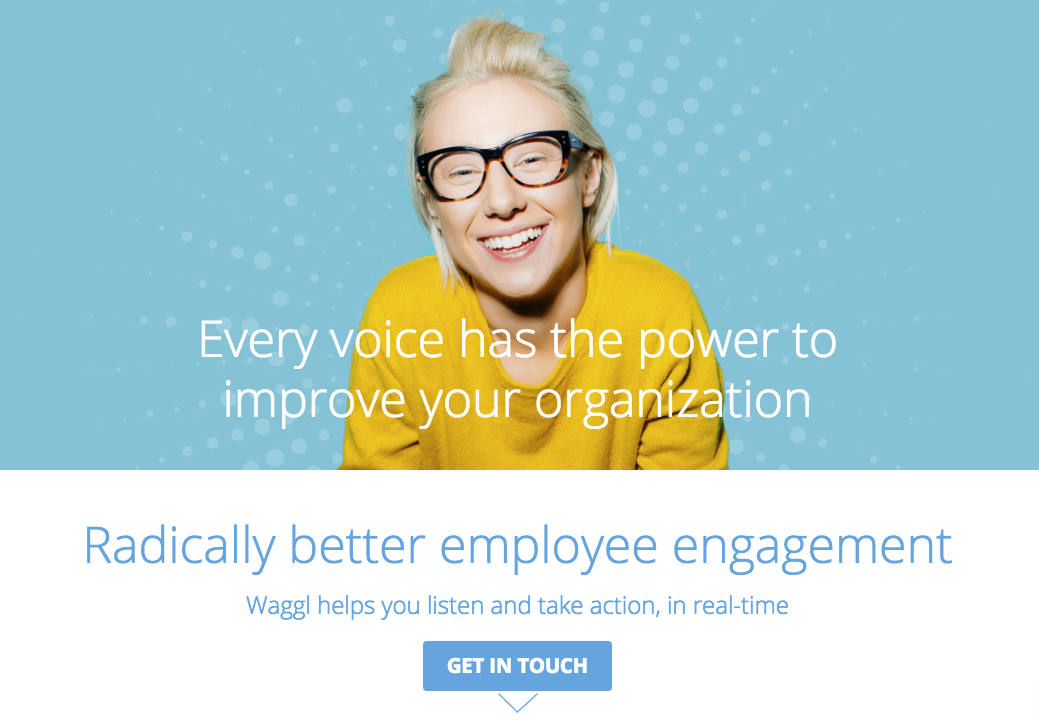 "The more businesses know about their employees — who’s being recruited, hired and promoted — the easier it is for them to set targets for inclusion and diversity," writes Melinda Gates, in a post about commencement speeches.

If this isn't the best endorsement for employee engagement software solutions, I don't know what is.

We do live in a time when people - employees, students, etc. - increasingly want to be heard and are increasingly emboldened to find ways to do so. So if you're a corporation, you better have the tools to know who they are, and how to hear them.

Enter Waggl, a software platform that lets employers collect feedback from their employees. The Sausalito, Ca.-based startup plans to announce Friday a $7 million Series A, led by First Analysis, along with other investors, such as FundersClub and Rob Bernshteyn, CEO of Coupa.

The company has 130 enterprise clients, paying a minimum $10,000 for a 50-person team, ratcheting up to six figures for larger ones, said Michael Papay, CEO and Co-founder of Waggl.

So why would enterprises pay for this? "Every company with more than a few hundred employees wants to listen to them," said Michael, explaining that the traditional annual survey asking for employee input is outdated. "Companies use Waggl to engage employees and to hear their opinions on a more frequent basis, and it's used to get feedback on the pulse of the workforce during large-scale changes." It's this type of intelligence that makes this industry valued in the tens of billions of dollars, in terms of addressable market, Michael added.

One can think of Waggl as Survey Monkey on steroids. While Survey Monkey allows people to take surveys, it's not interactive or inclusive.

"Survey Monkey for one is a survey," Michael explained. "It’s an act to continue to keep a secret. I’m going to get all the answers. Then I’ll decide what, when, if, why, how to share. With Waggl - you can send out questions and everyone gets to see everyone’s answers. It’s almost a conversation. We can also vote on each other’s answers. That voting creates prioritization. These are then ranked."

Once the priorities are ranked, Waggl can then send reports to decision-makers in the company to act on. Waggl also prides itself on presentation, with nice heat maps and graphics to illustrate employee morale, productivity, engagement and possible action items.

Matt Gosney, VP Organizational Development at UCHealth, says that since using Waggl, the organization has seen a 7 percent uptick in engagement year-over-year and a 12 percent increase in "Perception of Leader," which is a metric they use to measure engagement.

So how did Waggl start?

Waggl started while Michael was at his former company Fort Hill Company, where he advised companies on how to affect behavioral change amongst their leadership teams. He then incubated Waggl inside Fort Hill, which became the first seed investor in Waggl. Four years ago, Waggl launched with $1.5 million raised.

Find the buyer whose job depends on it

At the time, the company thought it would be a consumer-focused, super lightweight product. "We thought managers would use to send questions to their teams," said Michael. "The reality is though that people weren’t walking through life asking themselves, 'What’s the next great question I need to ask my people?' We were finding lots of pockets of people using the service. But we weren’t coalescing around one buyer whose job depended on hearing from their employees."

That's when Waggl took the advice of Josh Bersin, Founder and Principal at Bersin by Deloitte and focused on the enterprise, which is where most of Michael's team had expertise. "What we found was the head of HR had employee engagement activities in their budget. And that’s where we were able to attack wallets over time."

Today, Waggl, whose name was inspired by the book Honeybee Democracy, which describes how honeybees make collective decisions, is seeing traction with healthcare organizations,  federal institutions and service-oriented companies.

We are a passionate team with extensive expertise in HR Technology, SaaS Product Engineering, Coaching, and Performance Development Solution Implementation for Fortune 500 companies and Governmental organizations, with a world-class team of Designers and Software Engineers. Waggl began its journey over a decade ago, within a globally recognized HR technology company called Fort Hill Company and quickly emerged as its own entity. 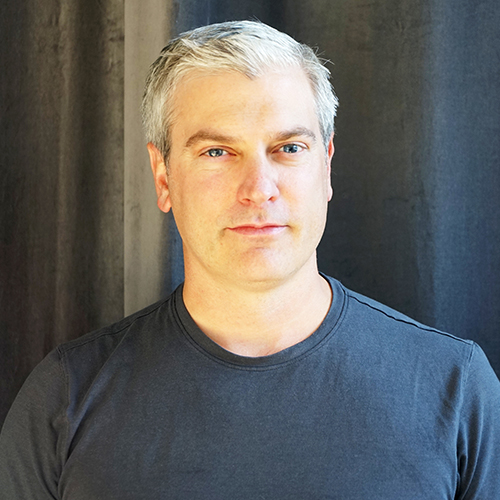 CEO of Waggl and former CEO of Fort Hill Company, HR Technology pioneer and frequent author for Fast Company. Enjoys coaching his daughter's soccer team, hobby winemaking, and exploring this amazing country with his family in their Airstream.