How does Coinbase make money? 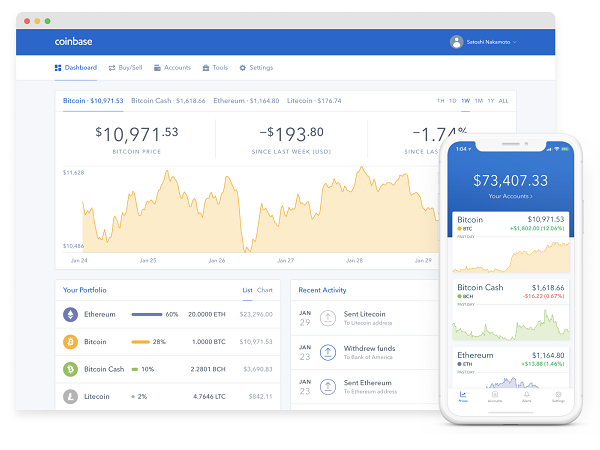 While not everyone is sold on the cryptocurrency space, including Warren Buffet, who has repeatedly warned against investing in them, it's easy to see why they are popular. Currencies like Bitcoin have shown to have a great appeal in the wake of the financial crisis last decade, allowing users to have a decentralized system that takes the banks out of the equation.

It is estimated that somewhere between 13 million and 28.5 million people currently own Bitcoin, which means they need a place to buy, sell, and manage their digital currency. That is where Coinbase comes in.

The company brokers exchanges of multiple currencies, including Bitcoin, Bitcoin Cash, Ethereum, and Litecoin, allowing users to invest by scheduling buys daily, weekly or monthly, while also securely storing their assets, and even allowing them to buy insurance.

Coinbase is available in 32 countries, has served over 20 million customers and exchanged over $150 billion in digital currency.

The company doesn't makes its money directly from Bitcoin, but from fees incurred when users buy or sell their currency through its Conversion Services.

When buying digital currency, fees are added to the amount entered to arrive at the total for the order. For example, if a users enters $100 USD as the amount to buy, and the fee is 1.49 percent, their total would be $101.49. That total would be charged to their payment method and they receive their $100 worth of Bitcoin.

When selling digital currency, Coinbase fees are subtracted from the amount entered to arrive at the total. For example, if a user enters $100 USD as the amount of Bitcoin to sell, and the fee is 1.49 percent, their total would be $98.51. Their $100 worth of Bitcoin would be removed from their Coinbase account and $98.51 would be credited to the selected payment method.

The way fees are calculated on Coinbase has to do with the country of origin and the method of transfer.

When fees are being processed, there will be either be minimum fee, which is a flat fee that applies to conversion transactions under $200, or a percentage fee, which is a variable fee determined by region, product feature and payment type.

For example, in Australia and Canada, there is a 3.99 percent fee for those who buy and sell currency using a credit card. In Europe, Singapore and the U.K. the credit card fee is 1.49 percent, though Europeans and those in the U.K. also have the option to use what are known as Instant Buys which "allows customers to make purchases immediately without missing opportunities due to market fluctuation." That has a 3.99 percent fee attached to it.

For bank transfers, those in Europe and the U.K. pay €0.15 to transfer money out, while the fees for a wire transfer in the U.S. are $10 for incoming transfers and $25 outgoing.

Coinbas also has a method of calculation where where is a 1 variable fee based on the amount of the transaction but subject to a minimum fee of $1.00 and a maximum fee of $50. Depending on the region, product feature and payment type, there might be a fixed rate percentage of 2.49 percent.

As of this month, Coinbase is now said to be valued as high as $8 billion. 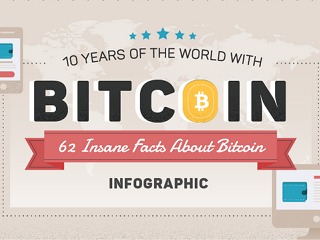 Two Infographics that help put the rise of Bitcoin into perspective 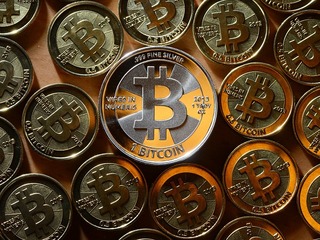 Bitcoin investments are on the rise, surpass all of 2014