Two Infographics that help put the rise of Bitcoin into perspective

Unless you've been living under a rock, I'm sure you're familiar with terms such as cryptocurrency, Bitcoin, crypto wallets, and so forth. You're also most likely aware that they continue to garner more attention and more money, with new forms of investing even popping up, called Initial Coin Offerings (ICO), that use new cryptocurrencies and the blockchain (digital, transparent ledgers) to fund startups and new ideas.

There is a lot to take in when dealing with the history and rise of this decentralized, digital world of tokens and Bitcoin and ICOs, so what better way to break it down than through simplified infographs? This first one is from BitCoinPlay and dives into the history of the original cryptocurrency, Bitcoin. There is a lot of good information here, so make sure to check it out!

This is only part of graphic, you can check out the whole visual here.

Let's look at actual money now, and how much value has been gained since Bitcoin's real start in 2010. And what better way to visualize that growth than with one of America's favorite hamburgers, the Big Mac. (You'll also find Etherium and Bitcoin Cash on this list, as well) 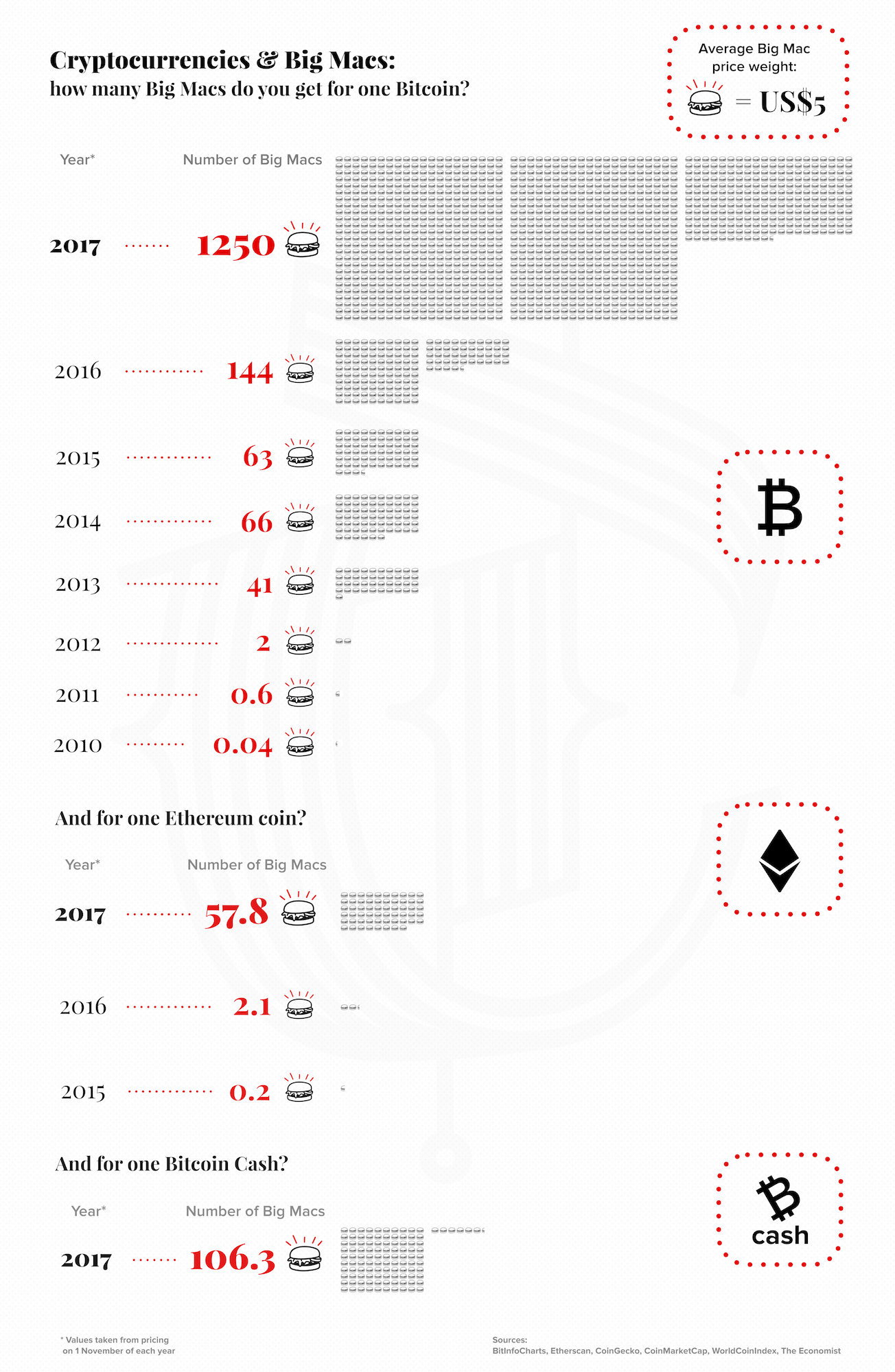 That's a lot of Big Macs! The graph, from CyberTrust, states some good information, but the most interesting part on this graph is the visualization of the major jump of Bitcoin from 2012 to 2013. The growth was huge and while there are many contributing factors, two of the main reasons were due to Bitcoin really entering China and 2013 was the year Silk Road was shut down by the FBI. This shutdown helped remove many of the negative connotations surrounding the digital currency.

There is still so many things to figure out with this new world of  digital currencies and blockchains that sometimes it is nice to just look at some visual aids to help keep everything in perspective.