The company recently partnered with Warner Bros. for a sequence in Ready Player One 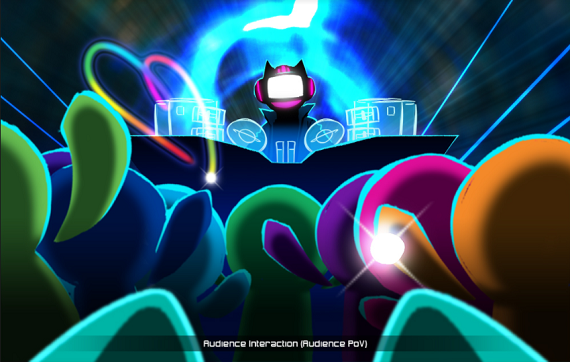 There's definitely a perception out that that technology is cutting people off from each other. That may be true for some, and it's not hard to notice it when everyone is looking down at their phone, but that also ignores the ways that it can bring people together. Even virtual reality, which sees most likely to cut people off given that it involves actually putting on a headset so a person can enter their own virtual world, can be made to be a social activity.

Companies like TheWaveVR, the creator of a social virtual reality platform and community for VR music and visual arts experiences, are creating networks that allow people to connect with each other in the digital world.

On Thursday, the company announced that it closed a $6 million Series A funding round led by RRE Ventures, along with Upfront Ventures, KPCB, Greycroft VR Gaming Tracker Fund, The VR Fund. Other strategic investors included Andy Ross from OK Go; Alex Chung, co-founder and CEO of Giphy; and Matt Brimer, co-founder of General Assembly and Daybreaker.

This round brings TheWaveVR's total funding to $10 million.

Founded in 2016, the Austin, Texas-based TheWaveVR is a platform for music lovers to view, host, and socialize in virtual reality shows. The platform gives DJs tools to create immersive worlds, and allows regular users to make friends and attend concerts together without leaving the house.

"Our mission is to empower artists, like ourselves, through this VR music platform," Adam Arrigo, TheWaveVR CEO and co-founder, told me in an interview.

"We actually started working on this as a passion project on the side because we’re all musicians. Once we started messing with this new VR technology, we were thinking, 'How can this be useful to us?' So we had this idea that musicians could go on tour virtually, and actually charge for virtual concert tickets and make money, because it’s hard making money if you’re a musician. Eventually we showed the prototype to a bunch of people, VCs and people in the tech industry, all the way to people in the music industry, like record labels and Skrillex’s people, and they started reaching out to us because they loved this idea."

The company allows DJs import their tracks while also letting them control all the visuals of the world while they're DJing with the Wave Builder tool, which lets them actually build worlds to perform their shows in. They can sequence out the progression of the show to the virtual reality environment.

"When you’re about to bring in the drop, you can click a button and turn the whole venue into outer space, or if the build is starting to pick up you can turn up speed of the sky. We realized you could do all of these cool things when it comes to world itself as a performer that can make DJs feel like gods," Arrigo explained.

"We realized quickly that our goal was not to recreate a concert but to look at what’s good about VR and really try to amplify reality as opposed to recreate it."

Non-musicians just have to put on a headset and they can attend any of these shows thrown by other users. They can design their avatar and customize how they look, then throw their own parties. On the Wave platform, users can make friends with other users, communicate and chat with them, and then their invite their friends to a show.

TheWaveVR app, which is currently only available on Steam and only in the U.S., works on the HTC Vive and Oculus Rift headsets, while the company also has experimental compatibility with the Windows Mixed Reality headset family as well.

Arrigo told me that, right now, the number of musicians on the platform is low because there aren’t that many people who have VR to begin with, let alone that many musicians, but the company does have community managers and DJ evangelists who host concerts on the platform and bring in different DJs and teach them how to perform in VR.

On the user side, right now the company isn't tracking downloads of the app, instead putting its focus on retention and engagement.

"How do you solve retention with virtual reality? It’s a big problem because, with a mobile app there’s so little friction, you just pick the thing up, but for VR you have to strap this thing to your face, set up all these cameras, and it’s just really, really hard. We spent the first year, since we launched back in April, really focusing on getting people back in the experience. So we threw a concert series last year, where we did a show every week a different DJ, where our small content team actually produced that show."

What TheWaveVR measured was that almost a third of people come back almost a month later, which Arrigo called, "record breaking metrics."

The company has big plans for the upcoming year, which are tied to the new funding round it just raised.

One of its big plans it to give even more tools to artists, to give them more creativity and to help them throw their own shows without needing the company to help produce them.

"Last year was about nailing down the format for what these shows are, how you create them, what’s a good experience to have in VR as a concert. This year, with this funding round, we’re really working on content and fleshing out the tools to let people throw their own shows using all this tech that we’ve already built," said Arrigo.

For example, the company just released the first version of the Wave Builder, a tool that lets DJs create visuals using its prebuilt special effects and objects through a partnership with Google last year to integrate the Google Poly API, which is a back end that people can upload various 3D assets that they create in any 3D art program. It has also integrated the Sketchfab API, allowing people to have access to hundreds of thousands of 3D models and environment that they can use to construct their  worlds and performances. Going forward, TheWaveVR plans to integrate many more similar APIs.

The company will also be expanding to new platforms. It is currently in the process of porting to Oculus, and then it's also looking at standalone headsets that don’t require users to be strapped to a PC or have your phone attached to the device.

"There are a few headsets coming out, like the Oculus GO, that are a little lower end in terms of the graphical horsepower, but a lot more user friendly and easier for people to turn on and go," Arrigo.

The company is even looking at expanding the scope of the Wave and giving people ways to participate in the show even if they don’t have a VR headset. The plan to implement something like that at end of this year and into next year.

Finally, TheWaveVR opened a new Los Angeles office on Thursday, which Arrigo described as being "centered around business development and content."

"We have this small content studio that’s working with these big artists who have been coming to us, who want to be involved creatively. This team will be building bespoke premium shows for them and it’s our goal to have these massive, concurrent numbers and throw the biggest VR concerts of all time," he said.

While he couldn’t say which artists the platform is working with, the company will be making an announcement "very soon."

Since such a large part of TheWaveVR's vision is about giving tools to, and maintaining relationships with, the artistic community, it makes sense for Alice Lloyd George, investor at RRE, to join the board of directors at the company.

"Alice is amazing. Out of all the investors we’ve met, I felt like she really understood the artistic vision. We have a lot of other great investors who are super strong when it comes to business development or marketing, but Alice really gets the artistic side. I think that’s important because that’s our biggest advantage over any other company that could come along and try to clone us," said Arrigo.

"She does a lot of stuff in New York to support local, digital artists things and a bunch of other things in the city that involve art. Having her is really important because she’s really well connected in that community and understands the decisions we make. There’s a reason why there’s the phrase ‘the starving artist,’ and it’s because they don’t normally know how to make money bridge. She helps bridge that gap between those two worlds."

While music is the company's bread and butter right now, it has plans to go into other areas, and the platform is already seeing some of its users it in interesting and unexpected ways. For example, one artists is making a VR graphic novel using the Wave Builder creation tool.

Even TheWaveVR itself has used it in other ways; to secure the funds for this round, TheWaveVR team used the Wave Builder to create a VR pitch deck to pitch VC’s within the TheWaveVR platform.

TheWaveVR and RRE also signed the Series A term sheet in virtual reality, which you can see in the video below:

The company has also branched out into feature films, recently collaborating with Warner Bros. on the dance club scene in Ready Player One.

"It’s a series of 3D interactive states that have transitions between them and have the ability to play music. It has applications far beyond just psychedelic raves, that’s just the first use case we’re starting with. I think you’ll see, over the next couple of years, it's always surprising to see what people do with simple tools when you give it to them," said Arrigo.

Ultimately, the goal for TheWaveVR is to have people to experience new types of art, no matter whether what that art looks like.

"I want us to be place where that content exists and gets distributed and socialized around. My dream is to wake up one day and go in and find some artist who’s in the Middle East just creating entirely mind blowing stuff that’s getting followed by millions of people and actually making money and getting value from the platform," said Arrigo.

"Our goal has always been to support artists because that’s what we are. We didn’t start the company to disrupt the music space, we started it to help artists like ourselves because literally this is a passion project. That’s always been our north star when it comes to making company decisions and this year, now that we built a lot of this tech, the goal is definitely more community building, artist outreach, development of these tools, and then supporting these bigger acts and creating content for them just so people can see what’s possible." 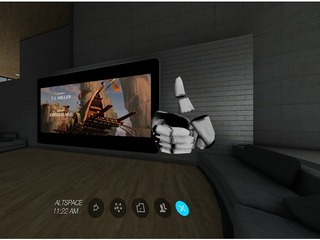