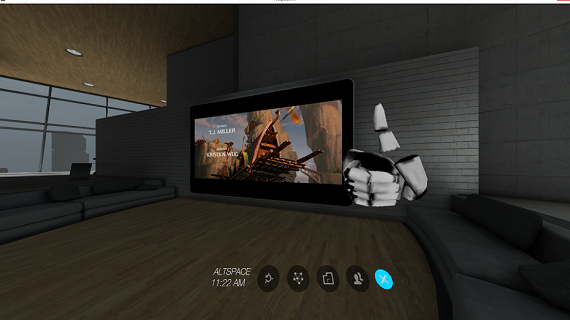 There was a ton of activity in the communication space last year. There was Facebook's $22 billion purchase of WhatsApp, Alibaba's $215 million investment in Tango, Rakuten's $900 million purchase of Viber and the purchase of Bubbly by Indian social networking company Altruist.

None of those deals really did anything to shake up the space. All of them basically do the same thing: let people chat with each other and send each other stickers and emojis. After a while that becomes, frankly, a little boring.

Finally there is a company that is looking to do something interesting with a space that could use some new blood: it is AltspaceVR, a software company that uses virtual reality to provide a new communication platform.

The company announced on Wednesday that it has raised a $10.3 million round of funding. Investors in the round include Tencent, Dolby Family Ventures, Raine Ventures Lux Capital, Western Technology Investments, Maven Ventures, Promus Ventures, Streamlined Ventures and Rothenberg Ventures, along with new investor Comcast Ventures.

AltSpaceVR had previously raised $5.4 million in 2014, and has now raised $15.7 million in total capital.

Founded in 2013, and officially launched its open beta in May of this year, AltSpaceVR is a social virtual reality company that allows its users to feel like they are in the same space as people they are communicating with, even if they are miles away.

"When you think about various forms of communication, there's a lot of information that is lost as opposed to sitting in the same room as another person. You can tell if they are looking directly at you, or looking at someone else, for example. That's totally lost. Even on multi-party video chat, it's lost there too, because it gets confusing about who is getting whose attention. The dymanics of being in the same room are vastly differently," Eric Romo, Founder and CEO of AltspaceVR, told me in an interview.

"The thing we realized early on when virtual reality was going to happen and that this was going to emerge right around now, was that we had the opportunity to bring a lot of non-verbal communication back, and make it more like you're actually in the same place than a  phone call or video chat."

Rather than seeing another person, when a user goes inside AltSpaceVR they will be looking at an avatar that looks something like this: 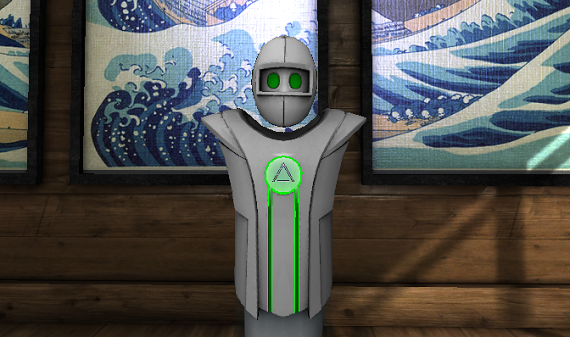 The decision to make the avatar look non-human was a conscious choice on the part of the AltSpaceVR team, Romo explained.

"We wanted them to abstract because of the uncanny valley. You don't want avatars to look too realistic, because if it has a very realistic face but it is not moving in right way, and not moving as you talk, it would look creepy," he said. "We wanted to stay on other side of that and create a  very abstract form, so we gave them eyes, but not a mouth because it wouldn't be realistic enough."

Instead, the avatar communicates through body language, which is measured directly from user. AltSpaceVR measures the position and orientation of the users head and maps that onto the avatar in the virtual space. So, for example, if a user leans across, others will see the  avatar lean  across in the same way.

"We want to capture it in as much detail as possible. We track the rest of the body with Microsoft Connect, which can track arms and upper torst, so users can point at stuff. It adds a lot to this."

There are a myriad of different use cases for this type of technology. It can allow people to be part of a shared experience, like a concert or a Ted Talk, and feel like they are in a crowd. It can be used by gamers to play together, or use it to watch Netflix movies with a loved one who is far away. The possibilities are, as they say, endless for what people might use this technology for.

"The fun thing demoing the product, is that we ask what would use this fir, and the answer is always different," Romo told me. "One might say , 'This is how I'm going to do my fantasy football draft,' and another will say, 'I always want to find a way to shop with my mom, and now we can share screen images.' The market for VR is in the early adopter phase, and the people who have heard of it are mostly gamers, but we are strong believers that this technology  will be universal."

Despite only being in beta for eight or nine weeks, AltSpaceVR has already seem some encouraging numbers. It already has users from over 50 different countries, and the average session time has been 25 minutes long.

"When you talk to people in this industry, what's on the minds of most of those people is what will virtual reality be? Will it  be bite sized? Is this something someone is going to do for five minutes or for hours," Romo said. The company's tests, so far, point to be it being something that customers will be use for a good amount of time.

The company will use the funding to grow its team, which currently consists of 20 full-time employees, adding roughly another 10 by the end of the year. It will be adding in product development, software engineering, and design and product management.

It will also be used to accelerate product development, adding in other headsets besides Oculus, including ones from Samsung, HTC and Sony. It will also be experimenting more with users and seeing what they like to do; so far the most popular activity is watching videos with friends.

"We will have done our jobs right if this becomes a product crossing a lot of different verticals. Everyone has a different idea of where they think they would use it. It can be used in education to connect with experts, and they can take you to a place that's not even a room,  maybe to Ancient Greece outside some temple," said Romo.

"We'll be a success if this is something that is cross cutting, and it resonates with a lot of people. What's most exciting is that we all come in to work every day thinking we're building a product that can be used to talk to family across the country or talk to friends from college. Anything you can think of." 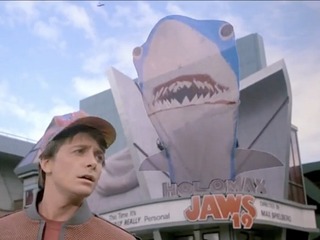