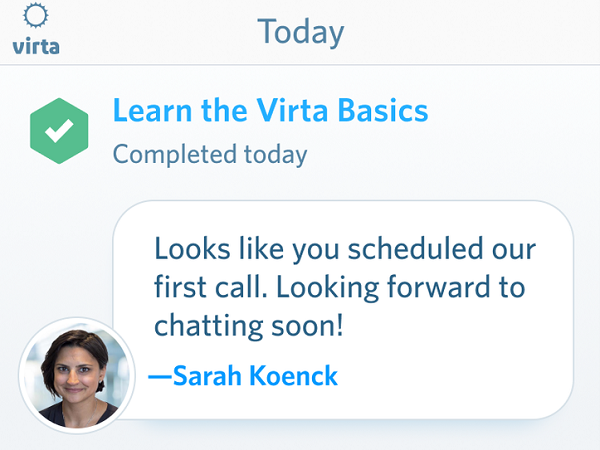 Virta Health wants to be the company that changes the conversation by sustainably reversing type 2 diabetes and other chronic metabolic diseases without the use of medications or surgery.

This week the company announced that it raised a $45 million Series B funding round. Venrock, Obvious Ventures, Creandum, Caffeinated Capital, and Max Levchin’s SciFi VC participated in the round, along with new investors, including Founders Fund and Playground Global. This rounds brings the company's total funding to $75 million.

[Editor's note: Virta Health will join us on Sept. 20 for our SplashX Invent Health - Precision Health salon. Save the date! Also join HP and Vator for our latest SplashX Invent Health salon series on June 21 at HP headquarters. The topic will be Behavioral and Mental Health. We'll take a deep dive with tech pioneers, VCs, insurers, providers about how technology is updating the current ways to solve for mental disorder, anxiety, depression, etc.)

Founded in 2014, Virta Health has developed a treatment that directly addresses the root cause of type 2 diabetes through a system for delivering continuous remote care through technology. That means it has doctors and physicians on the back end making clinical decisions in real time, along with a clinical protocol to reverse insulin resistance.

“We have a massive type 2 diabetes epidemic on our hands and despite the billions and billions or dollars that have gone into it over the last three decades, and companies and drugs and services, it’s just gotten worse. The American diabetes Association releases a report every five years, with the most recent one just coming out, and the total cost is now about $320 billion in America alone. So there’s more and more people with type 2 diabetes, it’s more and more costly per patient, and then the total cost is just ballooning. Basically we’ve just created an industry where lots of people make a lot of money, but patients aren’t getting better and society and tax payers, or whoever pays healthcare costs, like employers, are just paying the bills,” Sami Inkinen, CEO of Virta Health, told me in an interview.

"Our stated mission for Virta is very simple: reverse type 2 diabetes in 100 million people by 2025. That’s what we are laser focused on. Somebody needs to do something. We’re managing these patients, we’re pumping more pharmaceuticals and year after year we look at results and it’s not working. The managing of care is not enough; you have to be able to reverse to change this trend and now we’ve been able to show that it’s actually possible.”

The idea for Virta started when Inkinen, who previously founded real estate listing platform Trulia, found out that he was prediabetic, despite being an athlete.

"First I said, 'This doesn't make sense,' and then I started looking at what we tell people with prediabetes to do. One, lose a little weight, and I thought, 'That's done, I can't lose more weight.' Two, introduce some exercise to your life, and I thought, 'I can't introduce any more exercise because I'm already training 10 hours a week.' Literally the rest of the world is trying to solve our type 2 diabetes epidemic and prediabetes epidemic by saying, 'You should exercise and lose weight,' and I thought, 'Maybe people are cutting trees in the wrong forest.' At least it's not helping for me," he said.

"As I spent time reading published science and meeting with scientists, who I actually ended up starting Virta with, basically I had three discoveries and that's the foundation of what we do. One, obesity does not cause type 2 diabetes, it's caused by insulin resistance, and you can be skinny and show resistance. Two, insulin resistance and type 2 diabetes can be reversed without any exercising, without dieting and without bariatric surgery by addressing the insulin resistance directly with nutritional ketosis."

The third thing he realized, is that delivering this type of treatment would require assigning one doctor per patient, which is not feasible economically. However, changes in telemedicine laws allowed the deliver their platform remotely using technology.

Here's how Virta works: patients start with lab work and a televisit with a doctor, which allows the company to develop a personalized treatment plan. Then there are two phases for the Virta Treatment, the first being diabetes reversal, followed by the longer term success phase.

This all results in big cost savings as well, of $9,600 per patient in just two years.

"Virta Health is pioneering a new model for what it means to be a full-stack provider. They start by shifting the problem statement from 'How might we treat diabetes?' to 'How might we reverse this disease entirely for you?'. Virta is utilizing advancements in data science, artificial intelligence and machine learning. They’re also simply meeting patients where they are with high-touch interventions, such as continuous monitoring, aligned workflow, and more, using the latest in consumer technology. The combination of the two is allowing Virta to personalize engagement in ways not done before," Vishal Vasishth, co-founder and managing director of Obvious Ventures, told VatorNews.

"At Obvious, we believe that approaches enabling an entirely new health care system represent both the biggest market and moral opportunities. Reimagining key elements of the health care stack, care, cures, and costs, should create a system that is affordable and equitable for everyone. Incremental improvements on the current system simply won’t get us there fast enough. And it isn’t a stretch to suggest that our very way of life is at risk if we don’t. Some of the most talented folks within and beyond Silicon Valley talk about wanting to solve hard problems when evaluating their next move. It should be clear just how hard these health care problems are to address, especially at scale. Once you get that, the decision to go after them should be easy. Virta embodies the leaders and companies we want to invest in."

The future of Virta

Virta says it will use its Series B investment to further improve outcomes, scale the Virta Treatment and invest into growth to help millions of people suffering from reversible chronic diseases. Specifically that means using technologies like artificial intelligence and machine learning to put more tools into the hands of patients and doctors.

"We are in this nice position in that we have now have a treatment that works, because we've tested and published results in a peer reviewed journal, so we have real results that it works. We've also been able to prove that employers and health plans want to buy this because there's an ROI, they save money and lives. And we've also been able to prove that patients want to be part of it and they want to enroll into the Virta Treatment, and that's why we were able to raise the Series B," said Inkinen.

"Now question for us is, how do we help millions of people, not just thousands of people? Technology is really the answer to that. Of course we already use technology but we have an opportunity to basically use software to give our clinical team members superpowers. If you think about our care delivery, we have a patient who interfaces with a screen and then, on our end, our clinical team interfaces with a screen. Everything that travels between those two screen is bits. When you only have bits traveling between these two screens there's no reason that software couldn't do a big part of that work. That's where we are investing most of our productive element investments. How do we give physicians and other clinicians super powers so that they can safely and effectively treat an order of magnitude more patients?"

For example, the company can use machine learning to better sort through patient information to see which ones require immediate attention. It can also be used to figure out who should respond to what message and what the answer to the question might be. This technology can also be used to better predict retention rates among patients.

Virta also says that it will be investing in its commercial capabilities to drive additional partnerships with employers, health plans, and governments.

"Now we know that the Virta Treatment works, and my goal is to make sure that anyone living with type 2 diabetes in America has access to the Virta Treatment, either at a free price or a subsidized price, because that's how healthcare works. If you have something that makes people better your healthplan or your employer should cover it," said Inkinen.

"What we are now doing is we're scaling the commercialization team to give more people free access to the Virta Treatment in these three categories: employers, health plans and government. That's what our partnership team is going to be working on. We accomplished everything we had basically with a sales team of one, we didn't even have a partnership team, but we got three times more customers than we expected by the end of last year so it was clear to us that this is no brainer. Nothing is a no brainer in healthcare but Virta is close to no brainer purchase because we only get paid for results, so we decided to aggressively scale the commercialization team as well."

That means growing the company from around 85 employees right now. Virta already has dozens of opens roles right now and will be adding data scientists, data engineers, software engineers and commercialization.

Ultimately, Inkinen has three goals for Virta over the next five years. First is for Virta to be the preferred choice of anyone with type 2 diabetes. Second, that the company shows the industry that continuous remote care is the future of healthcare.

"What Netflix did to Blockbuster, or Amazon did to retail, Virta is going to do to healthcare, which is there's a better, cheaper, faster, more effective and way more attractive way to deliver care in all these diseases that don't require you to go to a hospital for surgery," said Inkinen.

Finally, he hopes that Virta can show the healthcare industry that they should be focusing on outcomes rather than on features to build successful companies.

"There's way too much focus on features today, so digital health companies sell their products based on features. Imagine if drug companies were selling their pills based on features; they'd be comparing how shiny or round their pill is. Nobody buys a pill based on what it looks like, they buy the pill based on outcomes. But in the healthcare technology they want to talk about features and how shiny is the user interface. So I'm hoping that in five years time we've shown that healthcare tech companies deliver real outcomes and we've show others so they realize that running a clinical trial is the way to go and justifying their existence with the hardcore outcomes that are peer reviewed is really the way to change healthcare. Otherwise, you're playing the consumer game." 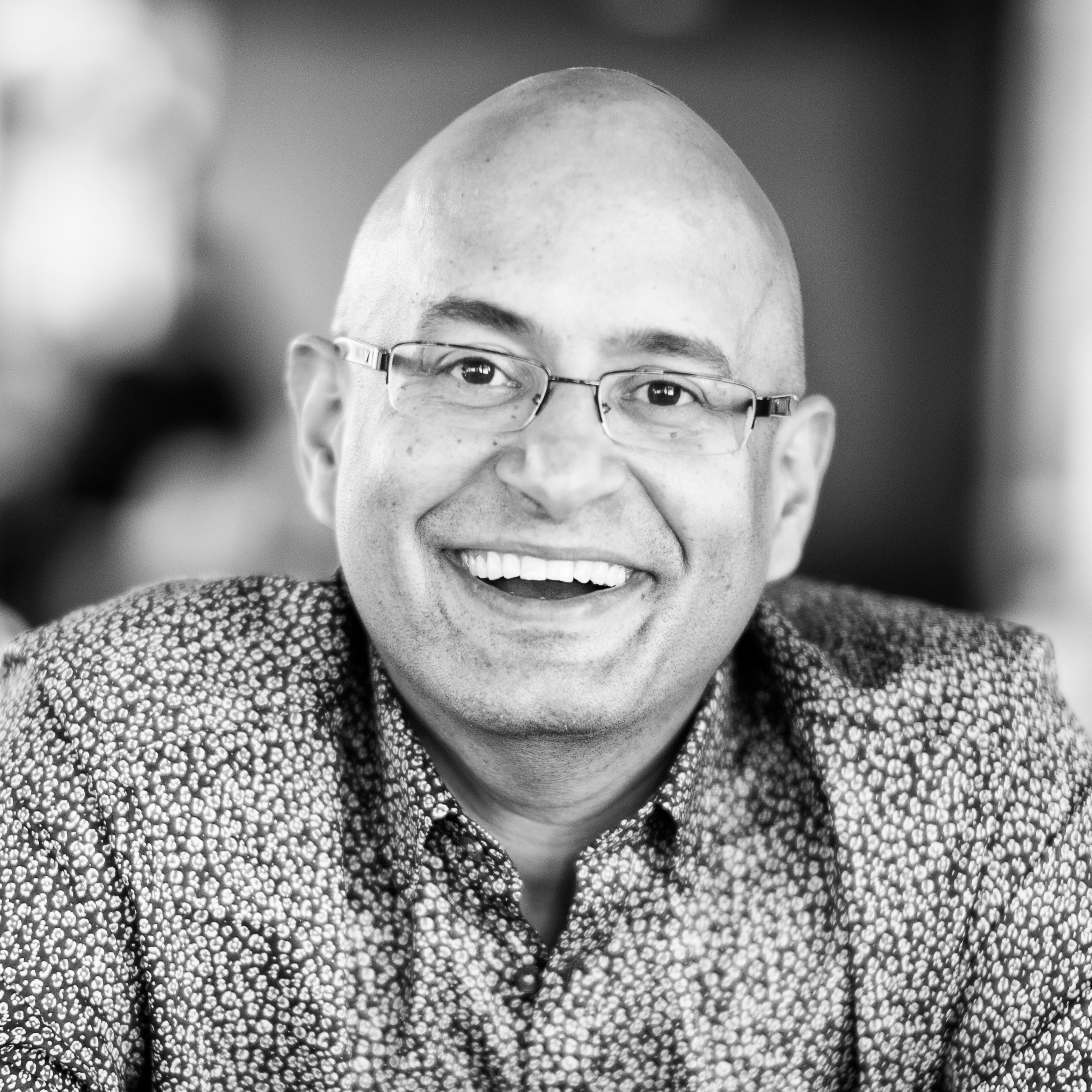 Vishal Vasishth is a co-founder at Obvious Ventures, and has over 20 years of experience across operations and investment in both developed and emerging markets.