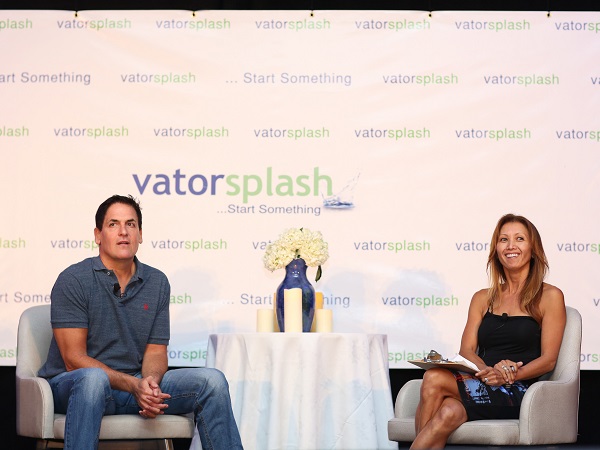 Recently, Jamie Siminoff sold his company Ring to Amazon for $1 billion. One of the side stories that probably saw as much press as the $1 billion price tag was the one highlighting Ring's presence and rejection on Shark Tank in 2013. All the sharks passed on the deal, except Kevin O'Leary.

His offer, however, was typical Shark Tank: egregious.

Why does Shark Tank make such egregious offers and what kind of message are they sending aspiring entrepreneurs when they appear [at least to those in Silicon Valley] to be taking advantage of them?

This was something I asked Mark Cuban, one of the more famous sharks. Cuban also passed on Ring.

But prior to the acquisition, Cuban shared the Shark Tank philosophy on investment offers and he shared them with me at one of my Splash events in LA.

Basically, it comes down to a couple main reasons:

1) Distribution. Shark Tank sharks are a distribution channel in and of themselves. The show also is viewed by 20 million households.

2) Non-tech. Most startups on Shark Tank are non-tech and are located outside of Silicon Valley or other startup hubs, so would warrant lower valuations.

The part about Shark Tank is around 20 minutes in.

Here's part of that discussion:

Francisco: Typically, when you’re going to do a seed round or an early-stage round, investors will take 20% equity. But when I watch Shark Tank, sometimes you’re taking 30% to 50% of their company. What kind of message are you sending to America if they have to give up 30-50%?

Cuban: It’s better to have 10% of a watermelon then a 100% of a dying grape, you know? And so, it’s a little bit different perspective obviously particularly in Silicon Valley. Remember, there’s just a small percentage of companies that are tech companies, particularly software companies. There’s only a few sizes. Software, you know with the leverage, okay. There’s situation where you can say, we might ask for a bigger valuation or smaller valuation bigger equity percent than you might get here in the valley, but I would rather tell you that valuations in the valley are ridiculous and valuations in LA are not as bad, but coming close.

Cuban: If you go outside the west coast, valuations are half and so, you know. I talk about it all the time, the Silicon Valley are – I can invest in companies, in Bostin, Austin, Dallas, Miami, Chicago, New York, whatever not as much as New York anymore and get investors in the valley and get triple the valuation just because that’s the market over there.

And so, I don’t think, in terms of sending a message. Everybody has to value their company but the reality is if you’re asking for money, you’re asking for a reason. I always tell people “sweat equity” is the “best equity.” In this day and age, particularly with software companies, you can try to spend money all you want on growth X – I want to go out there and be ubiquitous and you have to spend a lot of money to get there but 95% or in fact more than 99% of these companies fail.

And so, the best companies – the best experiences I’ve had are where the “best equity are sweat equity,” where you get a great idea, you go out, you launch it, you get some traction, you hit your KPIs, you have great cohorts, (see how I mixed it in with buzz words?) and then you have something to sell. To me, it’s crazy, when somebody just has an idea goes to UC Berkeley and figures they are worth $8M.

Francisco: I’m just saying that sometimes it feels like egregious.

Francisco: Alright, but when I look at these guys they seem demoralized because they’re taking away that opportunity. In Silicon Valley, they want to give them.

Cuban: Here’s how demoralized they get. Here’s how demoralized they get. And this isn’t a tech example, 19 yr old woman named Lani Lazzari whose from my Pittsburg, my home town. She has a company called Simple Sugars. She comes on when she’s 19, she’s 21 now. Six months after the show airs, I get an email from her and she goes, “Mark I’ve got a question?” I’m like, “What, what what?” She emails me back, “I’ve got a million dollars in cash in a bank, what am I supposed to do now?” I’m like ‘smile’ and “let’s discuss, put aside some for taxes, and let’s discuss how we can invest the rest to grow your company.”

When you get on Shark Tank, we’ve yet to see a company go backwards. You know it is a growth hack. It will create sales and there’s such visibility, and I think the Sharks are smart, usually for the most part, and we help companies grow. Now if you’re a tech company, some of us have those tech skills, Robert and I, and some don’t. Sacca -- when he’s on there, but again it’s a different beat. So, I think it’s wrong to think that we’re taking too much of the company. Let me add another component to it. The time component to Shark Tank, filming is minimal. Right? I spend 10 days, 11 days, in June, 11 or 12 days in September. That’s it. Go out there and do some promos, a week or so of that; ten days of that. Spending time with the companies, helping them 24/7! They all can e-mail me any time, I’m not a big phone or meetings guy, but I’m always accessible fulltime via email. If it’s a real problem I’ll go visit, or I’ve got a staff of 15, but we’re there all the time. These are needy companies. When you talk about VCs and in investing in the Valley or investing in tech company it’s pretty much hands off. Maybe some connections, maybe a board meeting, right? Let’s sit down and talk at the board meeting, let get on a call if you have a problem, let me make an introduction.

It’s not, we take over their accounting, which we do. It’s not, okay we help you with their HR, which we do. There’s just so many back-office things and then going out and setting up on Amazon Exclusives, Amazon Pay all these different…

Francisco: Plus the distribution!

Cuban: Just getting you access to retail whatever it is. So, there’s so many things that would cost money if you were going through a traditional VCC to Angel type scenario, that we preempt.

Francisco: I agree with that 100%, so you do add more value than a VC.

Francisco: So, let talk about something less controversial. Let’s talk about politics.