What to know about turning on mobile ads 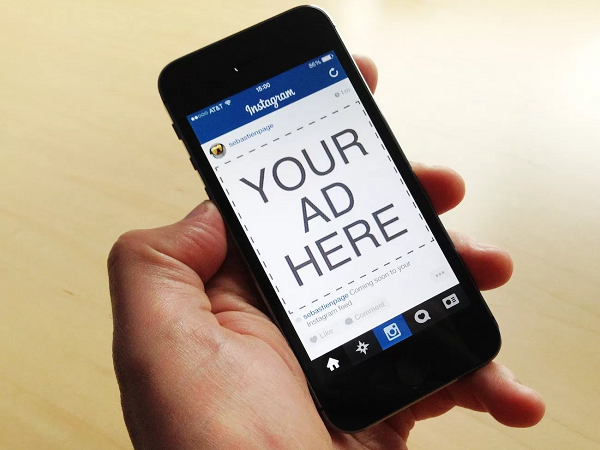 Online advertisements have been referred to as being part of a broken system. They’re sometimes referred to as necessary evils. They’re often avoided altogether in favor of subscription models or some other ingenious way for companies to pay the bills.

But they’re never taken lightly, meaning they’re always at least contemplated with one question in mind: how will they affect my user, reader or customer?

If determining when and how to turn on advertising on the web seems tough, imagine thinking about the same decision on a mobile app with limited screen space, where slight modifications run the risk of alienating the most loyal, and core users, the ones who are most engaged and love the app the way it is. They’ll revolt at even the smallest change, let alone the introduction of advertisements that are usually tolerable and utilitarian at best, downright infuriating at worse.

App developers have to create an ad experience that integrates with their app’s overall user experience. The questions of when and how to incorporate advertising should be top of mind from the very beginning, with an understanding of the ways ads can be incorporated without taking away from the experience, but rather enhancing it.

If done well, advertising on mobile can be very lucrative. In-app mobile ad spend will reach $45.3 billion, up $11 billion from last year, and apps make up 80 percent of all U.S. media dollars spent on mobile, according to eMarketer.

Be intentional and communicate

App developers shouldn’t be afraid to incorporate ads because they think their users will leave. Many users, after all, understand why they exist. About a third of respondents surveyed by Hubspot said “I’m fine with the current situation. I see ads to support websites.”

“If you think about the maturation of the app market -- it’s been over a decade since the iPhone was released -- when users come across an app that’s free, there’s probably an expectation that there’s going to be some value exchange in the future, whether it’s implicit or explicit when downloading it,” he said.

This doesn’t mean any ad is acceptable. In the Hubspot survey, 68 percent said they’re “fine with seeing ads but only if they are not annoying.” Annoying in this case means ads that are disruptive and affect download speeds.

For that reason, app developers have to be careful ads fit well into the app experience.

“Being intentional about the implementation of the ads is important. You need to have a measured approach and be mindful of the placement and format as well as the timing,” said Thabit. “Also, making sure that you QA your build prior to launch is super important because the biggest direct relation we see with negative comments of usage is if the introduction of an ad crashes the app, or takes away from the user experience.”

To this end, it’s essential to work with users and to communicate to them how and why ads are being turned on, said Ali Jafari, VP of Business Development at Nextdoor, a social network focused around communities. His company actually uses its own users to help the broader community understand what’s happening on the platform.

“Anytime we release a new product or a feature, we work with our neighborhood leads,” he said. “Every neighborhood has a lead, it’s sometimes the founding member; other times someone who’s raised their hand and said they want to be a lead. We work with them to give them context for why we’re releasing a feature, like advertising.”

If there’s pushback in the neighborhood, the leads explain that the ads are needed to support the free service to the community. There’s a conversation that takes place that brings the community in as though they’re part of the decision-making process. If they feel left out of the conversation, or neglected, they may jump ship, Jafari explained.

Think about the product early on

If you talk to app publishers, the conventional wisdom is that the audience should be large enough before ads are even worth turning on. There’s logic to this. Users don’t like ads and might be turned off if they see them right away (as I said before, they know they’re necessary but they also don’t want to them to be annoying). And typically, for apps with a small audience base, they’re likely not to have access to the highest-quality ads.

To be sure, by making an ad-free experience the norm, app developers are setting themselves up for significant resistance.

“My observation is that it gets harder and harder, once you’ve built a large audience that is deeply engaged in an ad-free environment, when you introduce advertising or require another mechanic, like in-app purchases,” said MoPub’s Thabit. “People react negatively when the perceived value exchange changes and ads are suddenly introduced; they become a barrier instead of a natural part of the app experience. Thinking through prior to launch how you’re going to generate revenue is paramount because when you have your app launched with ads, the expectations are set and your users will be familiar with the ad options, whether they’re in-app purchases or ads that can be opted out by paying a one-time fee.”

Moreover, apps that don’t integrate ads from the start may require a costly overhaul to fit them in later, an expensive proposition for most app developers.

“I don’t think publishers could afford to really do a 100 percent UI change,” said Sameer Sondhi, VP & GM of Business Development for NA and EU at InMobi. “There are very, very rare publishers who have taken such bold steps, and it’s basically make it big or go home. There are companies who have invested so much there’s so much risk that you can’t afford to take it.”

Another major factor to consider when integrating advertising is simply the creative.

There’s numerous formats to choose from - video, banner, native. In 2018, mobile video ad spending is expected to grow 49 percent to nearly $18 billion. But not every ad type works for every type of app. In some cases video is going to distract from the experience, in others banner ads simply don’t fit. It’s imperative to understand how your specific app will best be able to incorporate them.

For Nextdoor, using native advertisements made the most sense. They can be broken down into two categories. The first, and likely the most well known form, is the type described by Fred Wilson in 2011. They’re basically ads that look like posts on a social platform.

“I’ve never been a fan of advertising that’s intrusive or gets in the way of what the user’s trying to do. With mobile, the bar is even higher than it is on the web because the screen size is so much smaller. There’s nothing worse than scrolling through a feed, or trying to read an article, and being redirected to a different place where you have no idea what happened, and you have no idea what information is being passed on. It does damage to the platform and the advertiser as well,” Nextdoor’s Jafari said.

“I don’t think we gave consideration to much beyond the native format. We’ve always wanted to make sure that the ads didn’t get in the way of what our members wanted to do on Nextdoor, which is to create a community and interact with members. We also wanted the ads to feel like content, delivering a message that’s value-add and natural to the kinds of conversations that may occur on Nextdoor.”

The other type of native is one that that uses programmatic tools to sell ad space through machine learning. These are ads that are programmatically delivered as assets, such as a photo, a headline, body copy, a link or a logo. The app maker makes an ad template that sort of looks like their regular posts.

Programmatic native is still nascent, said InMobi’s Sondhi, and hasn’t quite taken off in the United States yet.

“Native is not as strong in the United States, as compared to other countries. There aren’t a lot of demand-side platforms or bidders who are ready to buy native. Native is so custom. The payloads can be stitched by a customer, the click-to-action has to be the way they want, the templates have to be different,” he said.

For that reason, he recommends taking native slowly.

“For native to be successful, there should be a diversity of demand and the right mix of performance-based ads to choose from,” said Sondhi. “There aren’t a lot of demand sources or platforms that are ready yet at scale. So we do advise a lot of our publishers who have the intent to go native to draw it out, slowly. Turn it 20 percent, then 30 percent. That should be the cadence for rolling out native.”

Implementing an advertising strategy is tricky. It requires forethought and patience, and the ability to read your audience and fully understand how they use the app.

Few get it right the first time. Remember that even Facebook stumbled out of the gate when it went public in 2012 because investors weren’t convinced that it could make money from its ad product. In 2017, more than one in five digital ad dollars in the U.S. went to Facebook.

It doesn’t happen overnight but as long as you’re considerate and mindful, your ad strategy is more likely to be a success. 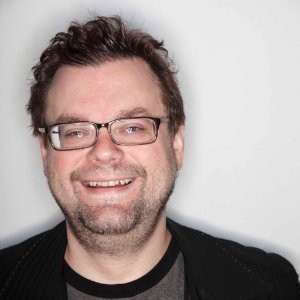