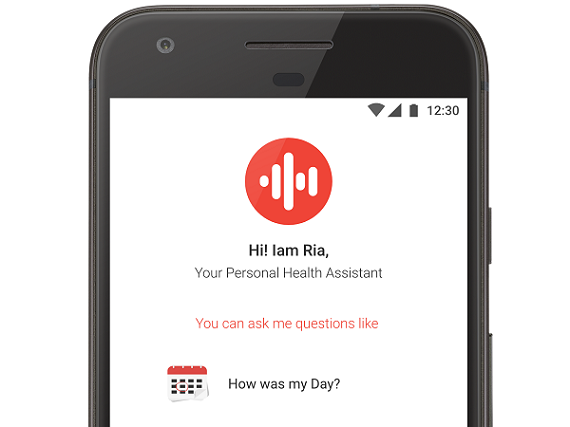 It's no secret that the world is getting fatter. A study from 2017 found that as many as 2 billion people, or nearly a third of the world population, are now classified as obese. While most people will likely jump to the image of the stereotypical overweight American, that clearly doesn't tell the whole story. This is something that is becoming prevalent even in developing countries and, in some ways, it's even worse in those countries as they often lack the resources to tackle the problem.

In India, for example, the percentage of adults who were considered obese has more than doubled in the last decade, going from 14 percent to 29 percent, Tushar Vashisht, CEO of mobile health and fitness platform HealthifyMe, told me.

"India, like all emerging markets, is seeing a shift from rural to urban. People have a less active lifestyle but their food habits haven't changed. Indian food is rich in carbs and fats, and people are eating it every day and not working out," he said.

That trend, along with the heavy infusion of smartphones across the country in the last few years, led him to found the company, which now has ten percent of the Indian market share in the health and fitness app category.

The app is growing fast in its home market, and now it has its eyes on bringing its solution to more emerging growth countries around the world, and now its raised a $12 million Series B round of funding to put that plan into action.

The round was led by Sistema Asia Fund, with participation from Samsung NEXT, Singapore’s Atlas Asset Management and Japan’s Dream Incubator, as well as existing investors IDG Ventures India, Inventus Capital, Blume Ventures and Dubai based NB Ventures. The Rainmaker Group was the advisor to the company on the transaction.

With this latest round, the company has now raised a total of $19 million.

Founded in 2012, HealthifyMe consists of three components. First is its lifestyle tracker, which it launched three years ago as the first calorie counter in India. The second is its social feed, which allows users to find others life themselves, with similar goals and problems.

The third, and most innovative aspect, is HealthifyMe's tech augmented coaching, which uses a combination of artificial intelligence and human trainers to help its users stay healthy and engaged with the app

"About two years ago we started to monetize our users by offering subscriptions to nutritionist and trainers, and we realized a lot of that work can be done by AI. Every time they would send message to a trainer, we learned from that and we started advising trainers on what to send back. If the nutritionist used was we suggest then we knew it was good, if they didn't use it then we knew it was bad. By mimicking that behavior we were able to build AI that helped our nutritionists become more efficient," Vashisht said.

By integrating the AI with the user data, the app is able to map its user's nutritional patters and needs. Now HealthifyMe's AI coach, named Ria, is able to handle 77 percent of all user questions, allowing the trainers and nutritionists to put their focus on the other 23 percent of more complicated questions. Even in those cases, Ria is able to makes suggestions, but isn't sure enough of the actual answer to do so on its own, so it relies on human judgement.

HealthifyMe now has 250 nutritionists and trainers on its platform, who are able to handle up to 250 clients each thanks to the help they get from Ria.That's up from around 100 users each back in 2016.

Having AI assist in this area is especially important in an emerging market like India, where the ratio of nutritionists to the number of people who have diabetes, hyper tension and other noncommunicable diseases, means that most people do not have ability to get the help they need, Vashisht explained.

"The nutritionists are in the large cities. Half of them are in tier 1 cities, and I'm not surprised by that. Cities that are not mainstream large cities have the biggest gap in access in resources. This is a trend in all markets,e ven in the U.S. Trainers are not available everywhere. There's a higher concentration in the coastal areas, and it's not something that every small town would have," he said.

HealthifyMe was the first quantified-self app in India, and has now become the largest such app in the country, tripling its user base in 2017 to 4 million people. It now has more than a million monthly active users.

"We created this market in India and in emerging markets and we have no direct competitors. Our competition comes from offline nutritionists and trainers," Vashisht said.

While he does acknowledge that there are American and European apps that have gained some amount of market share in the country, the only real overseas competitor he sees is Samsung Health, and that is because the app comes pre-embedded in Samsung phones, which are popular in India.

Notably, with this round Samsung is now an investor in HealthifyMe; this was Samsung NEXT’s first investment in an Indian startup.

With the growth and engagement that the app is seeing, Vashisht's next vision is to bring this solution to other similar markets, specifically those in the Middle East and Southeast Asia. While the app is being used in more than 200 cities around the world, the company wants to go deeper into markets that are in a similar growth stage as India.

That means expanding to those markets and hiring talent, and expanding to other languages beyond English, which is the most commonly spoken language in India. The company recently launched in Gulf Cooperation Countries market and is already in the top 3 on Google Play in the UAE.

In addition to its expansion, the company also wants to deepen its AI capabilities.

"We want to able to train models in a more detailed format. We can go into other areas of AI, such as photo recognition to track foods, providing deeper advice. Right now we can only provide one or two levels of advice. It's a great Q&A service, but it doesn't work over multiple days. It can't compute intelligence over time, so it's more reactive. It cannot look at a journey over several weeks, so that requires us to understand AI in a longer time frame. We also want to use neuroscience to make it more empathetic," Vashisht said.

"We needed more resources to dedicate more time to it. Our business model generates a ton of data. Most apps suffer from lack of data, but we have a ton of data lying around because of our services based model. We just need the talent and money to make it work."

Expanding to new territories and giving Ria more capabilities are the company's short term goals. The long term goal is to be the world's go-to health and wellness service provider, giving users access to more services than nutrition and fitness.

"Anywhere in the world, be it low income mass markets, like in India or Africa, or developed markets, anyone that requires health and fitness, HealthifyMe should be their go-to app. Our model allows to give access to great advice, and we should be able to replicate that, helping nutritionists in other markets effectively. In India, the response to HealthifyMe has been far superior to Google or Siri because it operates out of personal data," said Vashisht.

His vision is for the app to be integrated deeper into the larger ecosystem, helping user achieve their goals and targets. That means integrating with on-demand food delivery apps, integrating with diagnostic and insurance services, eventually becoming the one platform service for all health needs.

"In the last 6 years, we have been doing something incredible, and we've been under the radar. With this investment, I believe we now have the ability to achieve our goals of combining human services with data and AI in unique way," said Vashisht.

"It's amazing that has happened organically and now hope to be able to be more structured and systematic."