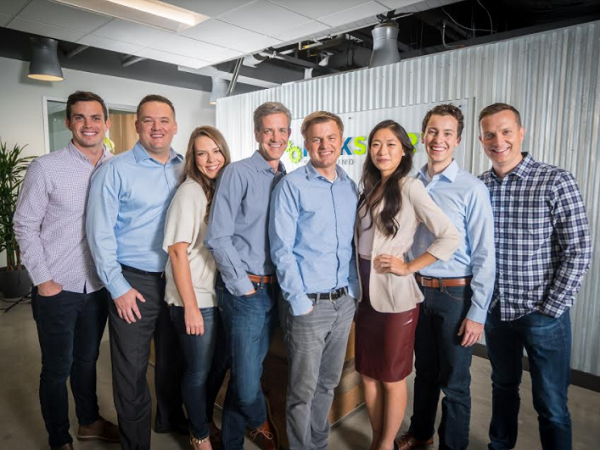 Outside of Silicon Valley, there are few areas that have also become synonymous with tech investing: New York, Los Angeles, Boston and Seattle, among others, but there are also numerous, less talked about ecosystems all over the country. These generally occur in small cities.

One of the most notable up and coming areas is Utah, and specifically Salt Lake City and the surrounding area. It even has its own nickname now: Silicon Slopes.

On Wednesday, the ecosystem got an infusion with the announcement that Kickstart Seed Fund, a Salt Lake City-based early stage fund, closed its Fund IV, also known at "K4."

At $74 million, the firm nearly doubled the size of its last fund of $39 million. Not only is this the largest fund for Kickstart Seed Fund yet, it’s also the largest seed fund ever raised in the state. Utah entrepreneurs, including Aaron Skonnard of Pluralsight, Jeremy Andrus of Traeger Grills, and Ryan Smith of Qualtrics were limited partners in this fund.

With this fund, Kickstart intends to do 20 core deals, coming out to roughly one a month, with initial checks from between $300,000 and $1 million, depending on how far along the company is in terms of traction and product market fit.

Since the its inception, Kickstart Seed Fund has managed $148 million of capital commitments, investing in more than 100 companies, including Cotopaxi, Chatbooks and Stance.

“Our philosophy has always been that technology investing is more about people than it is about technology, so we’ve really just tried to invest in the best entrepreneurs that we can," Gavin Christensen, managing partner at Kickstart Seed Fund, told me in an interview.

"We have 100 companies in a pretty tight geographic area, and so we’re able to bring a bunch of resources, networks, learning, service providers, knowledge, fundraising, all those things, consolidate them and help share them among the portfolio of CEOs and founders and executive who have started to feel like family. It really helped create a whole community around Kickstart, and that's really been our strategy since the beginning. Our roots are very much like a startup."

The company invests heavily in B2B SaaS companies, partially because of how many startups in the Utah ecosystem are in that space, but also because of how much time the firm spends with the small business community.

"What we see is that small business is where the economy grows, and, with the advent of the Internet, with the changing of distribution channels, with Dropbox, all of these things have empowered the small entrepreneur, whether venture backed or not," said Christensen.

"What we see, because we touch so many small businesses, is we’re giving them the tools to scale without a ton of employees and the ability to do more things. The entrepreneurs that are coming up that are doing cash flow businesses, most of the economy that’s not raising venture capital, they’re able to do more and more because of the tools that are provided by a lot of these companies."

One of the firm's investments, for example, is in Lucid Software, which Christensen describes as being like "Vizio for the cloud." It allows small businesses to do flowcharts and collaborate with multiple people.

Started in 2008, Kickstart came to life during the lowest point in the Great Recession.

"It was a rough time everywhere, but it was a rough time in Utah for sure. I had been in the venture industry, and saw there was a gap here at that stage, so we started the first seed fund here, and really helped to get institutional capital at the earliest stages at a really critical time," said Christensen.

"Now we’re a team of eight people, we’re fortunate to have some great portfolio companies and this latest fund highlights that Utah has really come of age, and we’re going to stay with our strategy investing at the earliest stage here locally and in the rest of the west, but it allows us to write checks and hang on to best companies."

To that end, Kickstart plans to set aside roughly 60 percent of the new fund for follow-on checks that will max out at roughly $3 million over the life of the investment.

In addition to the close of K4, Kickstart also announced the promotion of Alex Soffe and Curt Roberts to administrative partner and partner respectively, joining current partners Christensen and Dalton Wright.

A big part of Kickstart's mission, Christensen told me, is to bolster the growing tech ecosystem in Utah, which turns out to be mutually beneficial.

"The nice thing about running a seed fund like this is that is we can make really long term investments in the ecosystem here and it helps us. Growing Utah helps to grows Kickstart," he said.

The Utah tech scene has changed quite a bit in the 10 years that Kickstart has been around. One thing that Christensen sees now, and which almost never happened in 2008, are VCs from other parts of the country investing in Utah-based companies.

“When I started Kickstart, it was unusual to have Bay Area VCs spending time out here, and even more unusual for them to invest. Now we have people in our office all the time. I’ve have had probably a dozen Bay Area VCs, or new York VCs, say, ‘Utah is our little secret'," said Christensen.

"What they like about Utah companies, and this is why Kickstart has been successful, is that Utahans build companies a little bit differently. Employees tend to be more loyal here, they stay with companies longer, they build companies more focused on revenue and profitability. They build companies that might take a little bit longer, but they build them to last, so you have a number of companies in Utah that are in the unicorn club, but many of them are profitable, which is pretty unique is you look at the ranks of unicorns and large tech companies.”

Part of what has allowed Utah to flourish, he said, is the talent that comes out of the university system in Utah. While many entrepreneurs at one would leave for the Bay Area or New York after graduating, now many are staying and helping to grow the ecosystem.

“There had been a lot of great success in the past in Utah. You had a bunch of things come out of the University of Utah. Most of those entrepreneurs actually left to go to the Bay Area to start their companies. Adobe, Pixar, Silicon Graphics, these are all folks who actually were at the University of Utah at the same time. Utah was actually more defined by the people who came here to go to school and who learned from David Evans and Ivan Sutherland, who invented computer graphics, and then went to the Bay Area to start their companies, not because the Bay Area was good at software but because that’s where the money was, that’s where the entrepreneurship was happening," he explained.

There had been successful companies to come out of Utah as well, including Altura and Landdesk, but the crash in 2008 wiped out a lot of what had been there, allowing a new generation of entrepreneurs to make their mark.

"It was a really rough time, just like 2001 was really rough, and what I think happened is you had a new generation of entrepreneurs that entered. Utah is blessed with these really amazing universities here that are not expensive and we have the youngest population in the country by a huge margin, like four or five years, yet it’s highly educated. So we had all these talented people graduating with great educations and no debt, which is a great combo for entrepreneurship," Christensen explained.

"As people started looking at folks like Josh James and Ryan Smith, and companies like Qualtrics, and some of these historical wins here in Utah, they were saying, 'I know that guy, I can do that too.' That really helped change the culture here, where so many of these talented young people had been part of a startup, knew what could be done, and started coming."

In fact, the ecosystem has changed so much since Kickstart launched that Christensen doesn't even believe that any of its first crop of companies could raise funding now, due toof how much more competitive it has become.

Kickstart Seed Fund is a venture capital firm specializing in seed capital and start-up investments. It seeks to invest in technology and life science firms. The firm seeks to invest in the Mountain West, Utah, Arizona, and its surrounding states, and Rocky Mountain regions of the United States. It invests between $50,000 and $750,000 in its companies.

Kickstart Seed Fund was founded by Gavin Christensen in 2008 and is headquartered in Salt Lake City, Utah.