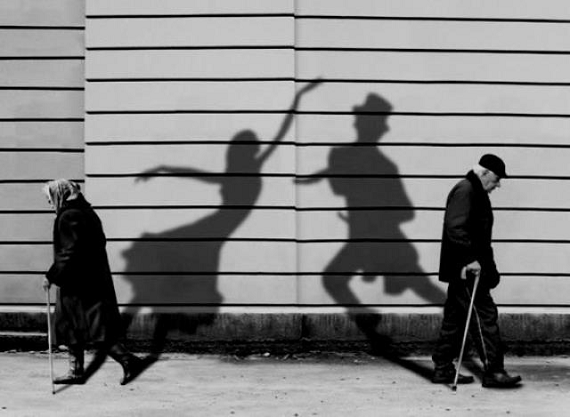 We’re often told that if you want to move forward, don’t dwell on the past. Rather learn from it and live in the present since the past can’t be changed. Yet more often than not, people find themselves getting lost in their past experiences; the idealized versions of their memories both good and bad.

Here at Timehop, we obviously see the power that old memories have and their ability to shape our future. We’ve been reliving our awkward school photos for years, so it’s no surprise to us to see nostalgia back in vogue.

This fixation on our past is big business, just ask Hollywood. More than 60 percent of the top grossing movies released between 2005 and 2014 were adaptations, sequels, spin-offs or remakes. NBC, Fox and Netflix are bringing back shows, such as Will & Grace, The X-Files, Prison Break, Heroes, 24, One Day at a Time and Arrested Development. Advertisers also leverage nostalgia marketing: remember Domino’s Pizza ad last year with the guy from Stranger Things playing Ferris Bueller?

While we’ve seen a lot of success, bringing fan favorites back isn’t always easy. We’ve seen plenty of cases where something goes wrong and the remake lacks the same heart as an original. We saw the difficulty with the first remake of Planet of the Apes, a big-budget version of The Lone Ranger, and don’t get me started on I Love the 2000’s.

So how exactly do you make an oldie a goodie? It‘s a subtle balance of understanding why nostalgic content seems to have exploded; knowing how to re-engage original fans while creating a new generation of them; and overcoming the challenges in knowing when and how to use old-time favorites.

The 70s. What a decade. We saw the birth of the floppy disk, the mobile cassette player, and yes that brick-sized mobile phone. It was a time when more and more technology was brought to the consumer. During that decade, shows like Happy Days and movies like American Graffiti pulled in audiences yearning for the perceived simplicity of the 1950s. In those moments of collective progress when we see a new future opening up, we reminisce, perhaps as a way of making sure we don’t lose some essential part of ourselves even as we evolve.

“I think it’s cyclical,” said Fell Gray, Executive Director of Verbal Identity at global brand consultancy Interbrand, a subsidiary of Omnicom. “I look at it as part of the next stage of technology that we are embarking on and imminent in the next few years with changes to the Internet of Things, and machine learning and voice interaction changing a lot of our behaviors. It seems natural for us to want to connect back to things that feel emotionally resonant and sometimes comfortable terrain.”

In other words, the nostalgia boom may be so prevalent because we’re in another age of fast technological innovation, with advancements in spaces like virtual reality and, most notably, artificial intelligence. The world has seen amazing leaps forward in the last 25 years; the world we live in now would be almost unrecognizable to someone from 1992. Yes, 1992 was 25 years ago.

Now things are ready to take off in an unprecedented way, and people may find some amount of comfort in what’s familiar. This sentiment was echoed by Todd Shallbetter, COO of Atari.

“Life has become so mile-a-minute and rapid-fire with our handheld devices and content overload, I think there’s a certain yearning and wistfulness to return to some of those comfortable, simpler experiences,” said Shallbetter.

If technology is sparking the need to hold on to the past, it’s also facilitating the ability to do so as well, noted Kevin Allocca, Head of Culture and Trends at YouTube.

“We are in an era of increased engagement with nostalgia because of technology and digital media, essentially because of platforms like YouTube, social media platforms and Timehop,” he said. “There’s this broad accessibility to so many different types of content: snippets of movies that studios upload to YouTube or snippets uploaded to Giphy, images posted on image sites, which all allow for those kinds of connections to the past. At the same time, there’s now access to so many moments relevant and personal to us. And we’re enabled to experience nostalgia in our own way with our own moments.”

We’re journaling more of our lives than ever before. Technology has brought us to where we are now in terms of both wanting to, and being able to, relive the past in ways we have never been able to before.

If we’re living in a time of yearning for the past, all you have to do is serve up old content with a few twists and fans will be forever fans, right?. Well, not so fast. If you’ve ever actually spent time on the internet, you know that hardcore fans have passionate opinions. The memories they’re attached to are an expression of themselves and any perceived threat creates unease and friction.

“I think part of my identity, and how I see myself, was shaped by the entertainment that influenced me at different points in my life,” said YouTube’s Allocca. “The new Blade Runner just came out and it’s not just that I love the whole aesthetic and incredible art of that film, but also I want to see it because I see myself as someone wanting to be associated with that film. I think that a huge driver of social interaction is expressing ourselves and expressing our identity and I think nostalgia content is part of the story of ourselves and sharing it allows us to share that story with other people.”

In other words, fans have an extreme emotional attachment to the content and an idealized and possibly lofty version of it in their minds. They have years of personal experiences to wrap around something as simple as an old movie. Attracting new fans is hard enough, meeting the expectations of the old ones is far more complex, requiring a deep understanding of its value and some clever tuning to modernize.

For example, Atari bridged generations of Barbie fans by incorporating newer elements [a more modern game] with older content [Barbie characters]. Atari recently did a Barbie integration inside Rollercoaster Tycoon Touch, one of the company’s mobile games. In the Fall Barbie event, players could add attractions to their theme park inspired by old Barbie toys. They we’re able to reconnect with the fans who grew up with these toys, now parents themselves, and reach a whole new generation.

“It worked quite well as a way to generate multi-generational nostalgia,” said Atari’s Shallbetter. “We know we’re not going after that three-to-five-year old girl but, in fact, we’re going after the mother who’s collected Barbie dolls her whole life and who has a fantastic 1968 Cher version.”

Bridging these generations requires a keen sensibility to cultural changes and market shifts.

“I think the secret sauce is really paying attention to the marketplace more than anything and analyzing your products or services or ideas against that marketplace and deploying as best you can with those influences in mind,” Shallbetter went on to say. “In developing products we will look at market competition or other games that we respect in the business, either for their financial performance or artistic excellence. And we may adapt our development ideation around what’s working well.”

The challenges of making nostalgia work

Beyond just appealing to original fans, there are other challenges in making nostalgia work, particularly in advertising. This has less to do with older content itself and more to do with how it’s being used.

What shouldn’t you do? Using nostalgic content as a shortcut or as a way of covering up for lack of a real message for a brand will likely fail, said Interbrand’s Gray. “Where it’s thoughtfully done is when a brand has already established a clear point of view and a clear emotional connection with their audience, then nostalgic content can be used as a bridge to another generation.”

And then there is the risk of a legacy brand appearing out of touch by trying to tap into nostalgia where it doesn’t belong. The "How Do You Do, Fellow Kids?” problem, as I call it.

“If you’re a heritage brand, and your legacy is seen as old or tired, then tapping into that may feel tone deaf to what people are telling you. It may be more an opportunity to first start and look at the experiences you’re creating and that may be a way to find new relevance rather than looking back to go forward,” noted Gray. “I think there are some cases where if you’re looking across brands where there’s heritage and there’s already an existing behavior where people are harkening back or reapportioning some of the artifacts, symbols or content of your brand, if that behavior is already starting then I think there are thoughtful ways that you can feed that and encourage that and help that carry you into new conversations, new points of view,” she said.

Whether it’s a blurry photo from our phones camera roll, an old and seemingly mundane tweet, or the cartoon you watched non-stop as a kid, it’s no debate that nostalgia has become a powerful emotional connector.  Some say it’s a driving force of our behavior as we seek to attach ourselves to idealized versions of our past to thereby bring them forward. Others, like us at Timehop, believe it’s one of the best ways to learn and grow from our personal and collective experiences. Apparently, we all do this. And we’ve been doing this since the beginning of time.

You might have heard this before, “What has been, will be again. What’s been done, will be done again. There’s nothing new under the sun.” It originated in the Ecclesiastes book of the Bible, re-hashed in a Shakespearean sonnet, and has been echoed ever since. It may seem to paint a bleak picture of monotony, but we think there is actually beauty in this sentiment. In contemporary parlance, we hear: “What’s old is new, again.” Everything gets a second chance with new experience and purpose.

This is not a message to rely solely on the old. It is an appeal to embrace the power that memories have to transport us. It is that nostalgic connection that can take something like an 80’s cassette tape mix and use it to take us on a completely new journey in 2017. Just look at Guardians of the Galaxy, the sequel. As one movie critic observed: Guardians of the Galaxy “was definitely the Marvel movie to beat… until Vol. 2 came out… offering the same blend of winning ingredients, but amping up the story… the result is a brand-spanking new adventure.” 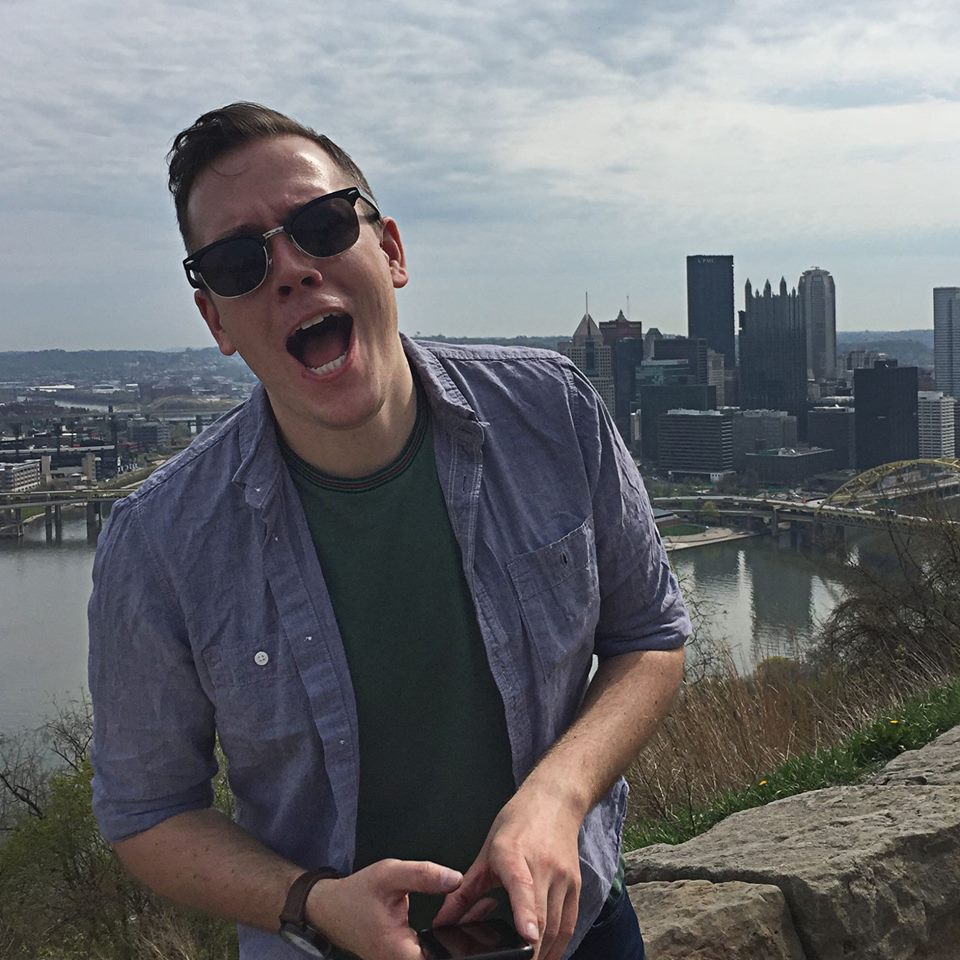