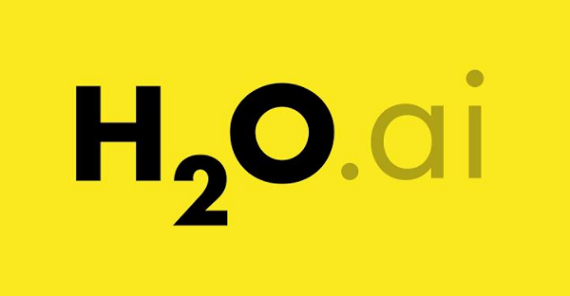 Artificial intelligence and machine learning are two phrases that are thrown around a lot in the tech world these days. It has gotten the point where every company has to say they're an AI company, even if they really don't have AI capabilities, just to be taken seriously.

The problem is that the best data scientists all want to work for the same few companies: Google, Facebook or Apple. So what are the smaller companies to do? How can they compete? That's the problem that H2O.ai is solving. The company is the creator of H2O, an open source machine learning platform that makes it easy for enterprises of any size to build smart applications.

On Thursday the company announced that it raised a $40 million Series C round of funding led by Wells Fargo and NVIDIA Corporation with participation from New York Life, Crane Venture Partners, Nexus Venture Partners and Transamerica Ventures, the corporate venture capital fund of Transamerica and Aegon Group.

This latest round brings the company's total amount of funding to $75 million.

Founded in 2011, the H2O.ai's core value thesis is "to make data science less science, more software," Sri Ambati, co-founder and CEO at H2O.ai, told me in an interview.

H2O, the company's flagship product, enables enterprise clients to deploy machine learning and predictive analytics to accelerate business transformation for their critical applications, including predictive maintenance and operational intelligence. H2O is used by companies that include Capital One, Progressive Insurance, Comcast, Walgreens and Kaiser Permanente.

"The heart of the H2O story is converting classic rule-based software to AI enabled micro-services. Most people who are trying to do data science are doing manual feature engineering while tuning the parameters of machine learning algorithms. Our products are unique in that they’re fast and easy to use to do automatic feature engineering with artificial intelligence. It’s AI to do AI. We democratized the most difficult part of the market, to those who don't have advanced data scientists and engineers to code for them" said Ambati.

H2O.ai has partnered with NVIDIA and IBM to enhance machine learning on their HPC platforms using GPUs.

"Partnering with NVIDIA has been a great experience. We quickly discovered that we could accelerate with GPUs up to 30x speed and that has driven us to invest in completely automating the process of building features and modeling to build better software. It also led us to release our new product, Driverless AI, where we remove time sinks that are inherent in this space and democratize the skillsets of advanced data scientists," Ambati said.

Driverless AI empowers any business, including those that don't have a team of data scientists, to implement AI to solve their business problems.

H2O.ai says it will use the new funding “to further democratize advanced machine learning."

"Most of the world’s data scientists are using H2O but there’s only so many of them. Driverless AI makes machine learning accessible to everyone. Now building world-class models is less artisanal and doesn’t require a PhD. All that’s needed is a good question and data set to produce a great model while preventing common pitfalls like overfitting and leakage," said Ambati.

"Driverless AI produces the software pipelines automatically. Due to its extensible architecture, Driverless AI recipes can be optimized for security, healthcare, insurance and other vertical use cases. This reduces the cost of expertise in these fields. That's democratization - making it easier to build the software stack to power applications on AI."

Through its partnership with companies like NVIDIA, H2O.ai also plans to extend its capabilities to next generation hardware like GPUs.

"AI is eating software but AI is also transforming hardware. Through our partnership with NVIDIA we can speed-up training in the cloud and also make real-time learning on the edge possible. We can make AI ubiquitous on the edge through sensors and devices. AI will be the cornerstone of all hardware and software."

Finally, the funding will go toward expanding globally, with a focus on partnerships in Europe, specifically in London, Amsterdam and Munich with engineering teams in Prague. By next year, the company expects a third of its business to come from Europe and UK. It will focus on Asia in the next year, with initiatives in Singapore and Japan.

Ultimately, Ambati's vision is that AI will be a part of every product and that H2O.ai will lead that movement.

"When enterprises choose open source, they are buying into a participative culture. Code generated from data with AI will automate building super intelligent vertical applications. With strong partnerships and data alliances we will be one of the first free standing public AI software companies." said Ambati.

What truly separates H2O.ai, he told me, is that 100 percent of its revenue comes from artificial intelligence, compared to only one or two percent for most companies.

"We want to make sure the AI ecosystem is vibrant, cloud neutral and continues to grow. We think that AI is incredibly transformative and we're excited to be part of that change.”