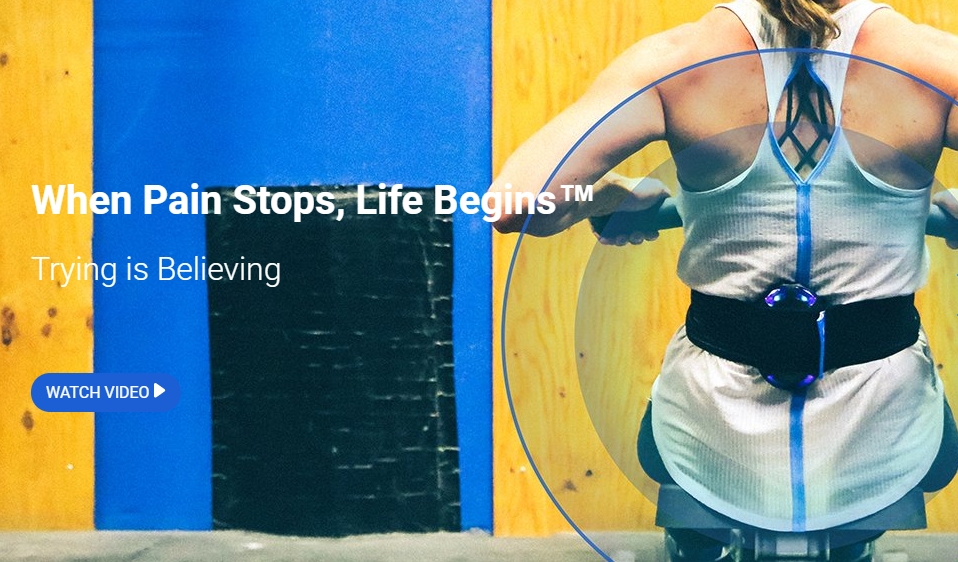 How do we deal with pain? Over-the-counter pain killers, cortisone injections, chiropractors, surgery, topicals and analgesics. The amount spent on pain relief by people above 50 years old ranges between $56 and $145 per day, according to a 2008-2014 study. This estimate does not account for an employee’s days taken off work, cost of medical insurance, or worker’s comp – factors that impact the U.S. economy.

Greg Houlgate believes he and his team at Oska Wellness have the solution. They have redesigned a pulsed electromagnetic field (PEMF) device, mainly used prior in clinics, for any consumer to use in a home, in a car, or anywhere, for pain relief.

The electromagnetic field of a PEMF device, says Houlgate, increases circulation at the cellular level in the body’s soft tissue and bones.

“If you can increase and decrease the polarity of cells – if you think of them as electrical fields – you can increase nutrients intake and waste outtake, which improves the body’s natural ability to heal itself. This reduces the edema in the body that happens when cells are inflamed, or disrupted, and in the course of doing that, it clears toxins out.”

Last month, Oska Wellness won the 2017 TechCo Startup of the Year competition at the Innovate! and Celebrate three-day conference in San Francisco.

“This [success] highlights the fact that non-drug pain relief is a topic of concern, and our product is a potential solution to the ongoing opioid epidemic,” says Houlgate, who is co-founder and CEO of the company based in Carlsbad, Calif.

Opioid addiction, says Houlgate, is this “massive problem” that people talk about, but nobody has a solution.

“That’s my biggest issue. I lost a brother to substance abuse.”

Oska, Houlgate believes, is the solution.

“Our passion is helping people get out of pain without drugs by using non-invasive technology. I’m personally committed to getting this message out to market,” he says.

Presently, Oska Pulse is one of the least expensive PEMF devices ($399) on the U.S. market, and is convenient for everyday use. There are PEMF pads ($245), rings ($399), and mats ($1,299), sold by companies such as OMI, which are non-portable – bulky, corded, or remote-controlled; other PEMF products are higher-priced.

Oska Pulse is oval-shaped, slightly larger than a computer mouse, has one button, is USB-chargeable, and comes with a strap to adjust it anywhere onto the body – over, or underneath clothes. It does not have to touch the body: Oska’s electromagnetic field is about the size of a 22” beach ball.

PEMF therapy has no known side effects

“People who use it more frequently tend to get more benefit, and in 60 years of clinical data, there’s never been an adverse event recorded with the FDA. It is totally non-invasive,” says Houlgate.

There are, however, three contra-indications, for groups on whom the PEMF device has not been tested: 1) pregnant women; 2) people with pacemakers; and 3) active cancer patients.

Everyone else “can use the device for back pain, knee pain, neck pain,” says Houlgate.

“Some people have sciatic nerve pain – for example, someone who runs a lot, or commutes a lot. Typically, one feels pain because a muscle is tight, or pushes on a nerve, or the bones rub up against each other, creating pressure. Well, that pressure creates inflammation. If you can reduce that inflammation, you can reduce the pain.”

An Oska session lasts 30 minutes, then the device automatically turns off. It beeps at the start and at the end of each session, and does not make any sound or vibration while working. Oska team recommends to use the device around two to six times per day, with more specific instructions based on injury or pain level.

The battery in Oska is USB-chargeable and lasts 10 hours. As any battery of this type, it has a life span. Houlgate says, the battery in Oska Pulse will expire after five years of regular use, and this battery is not replaceable.

Houlgate’s father, who is 87, has peripheral arterial disease, neuropathy, edema, and diabetic wounds. For the last 12 years, says Houlgate, doctors tried to amputate his legs to stop the pain. In 2015, Houlgate brought home a prototype of the PEMF device, “a box with a rubber band around it,” he says. He placed it at his father’s feet as he watched TV, and within a short time the swelling in his legs decreased, and pain lessened from eight to two out of 10.

So, Houlgate, who has spent 12 years in orthopedics, researched PEMF therapy and, with his team, redesigned and commercialized the product with three prerogatives: 1) make the PEMF device usable for anyone; 2) adhere to all regulations (Oska Pulse is FDA-registered); and 3) manufacture in California.

In two years, Oska Wellness sold 4,000 devices in the United States and overseas. Out of Oska Pulse demos the company sends to potential customers, only 5 percent are returned.

“The benefits,” Houlgate says, “are obvious to someone who uses it regularly.”

Houlgate himself is Oska’s regular user.

“I’m 50 [laughs], I have the normal aches and pains of anybody that’s pushed their body.”

Houlgate led an active lifestyle since high school: he ran track, played soccer, he surfs and snowboards. In his hip he developed a chronic pain that ended when he started using Oska Pulse two years ago.

“I get in my car and I drive to L.A. for a meeting, and in the car I tuck [Oska Pulse] in the seat, and just hit the button. When I get out of the car, I don’t have that stiffness, so, personally, it’s been great.”

In addition to the 2017 TechCo Startup award, Oska Wellness won a few others, among them the “Best Product” at the 2017 ING Spring Conference and the 2017 MedTech Breakthrough Award. The company plans to participate in London’s March 2018 Wearable Technology Show.

“We have a lot of expansion and a lot of education to do, and we have other devices that we want to bring forward,” says Houlgate.

The company has designed a clinical version of the PEMF device, and plans to work with hospitals in the near future.

“Our focus is obviously getting people off drugs using our device, helping them get out of chronic pain, and to try to help the economics of the country. We think that we have an opportunity to address that head on,” says Houlgate. “We’re clearly meeting our mission every day.”

Oska Wellness, a technology company committed to developing innovative consumer health and wellness products, introduced Oska® Pulse, a new pain relief health teach wearable device, great for people of all ages who have acute to chronic pain and are looking to find relief. Oska Pulse is ergonomically designed and will fit anywhere on your body. Pain relief with no drugs or side effects. Relieve pain you’ve had for a week, a month or 10+ years. Great for after workouts, yoga, running, tennis, golf, working all day on your feet. The Oska Pulse mimics the body's own recovery processes to relieve pain, muscle stiffness and inflammation, using optimized pulsed electromagnetic field technology (PEMF) to encourage recovery at a cellular level. Oska Pulse was designed to address areas of the body most susceptible to injury or degeneration, including knee, back, muscle and joint pain. Unlike TENS, you won’t “feel” any pulsing or tingling when using Oska Pulse. Optimized PEMF is intended for you to “feel nothing,” (some people notice a slight warming of the afflicted area due to increased blood flow). It measures 5.25 x 3.5 x 1.25 inches in size; weighs 2.12 ounces. 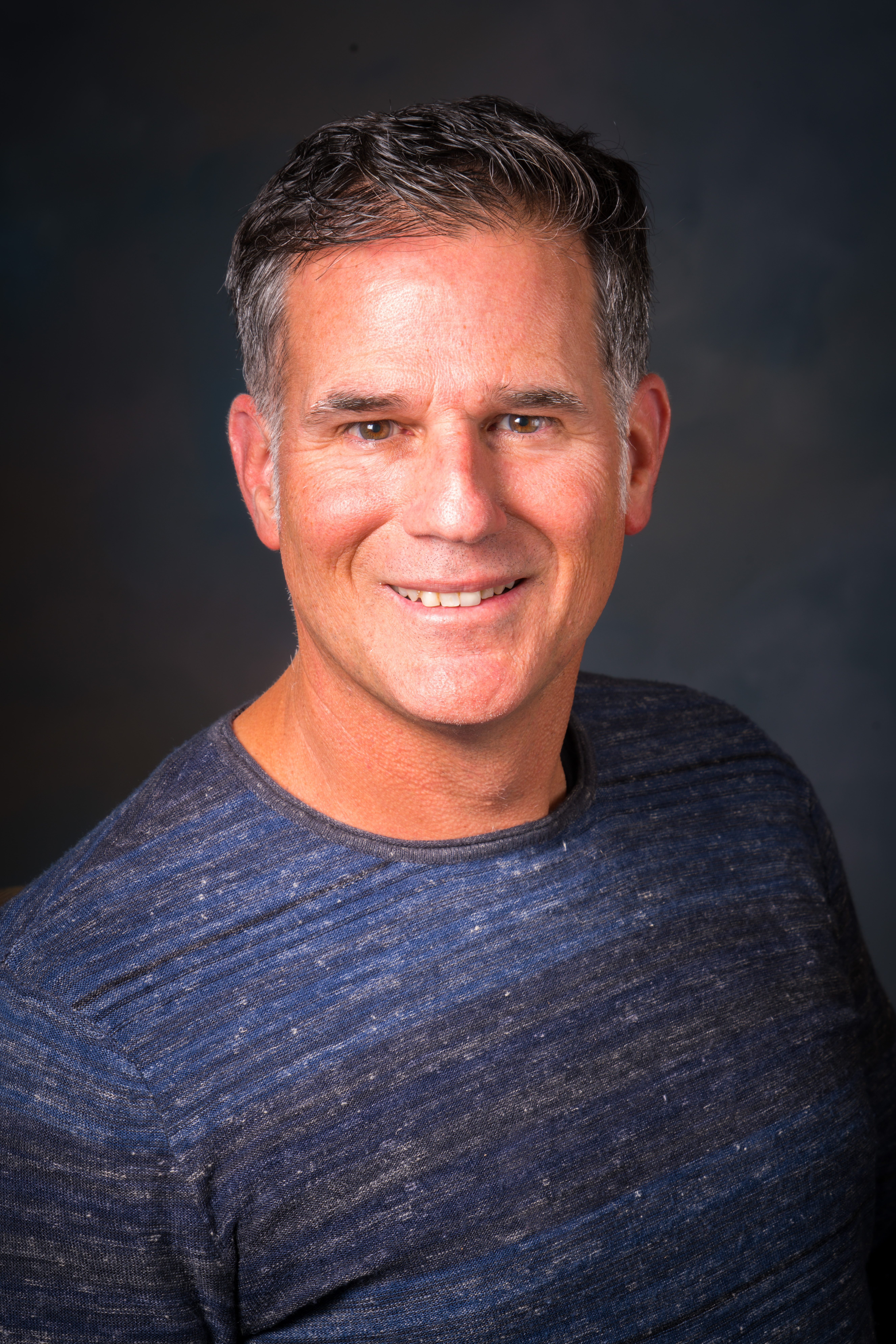