Buoy raises $6.7M to be your AI-powered doctor 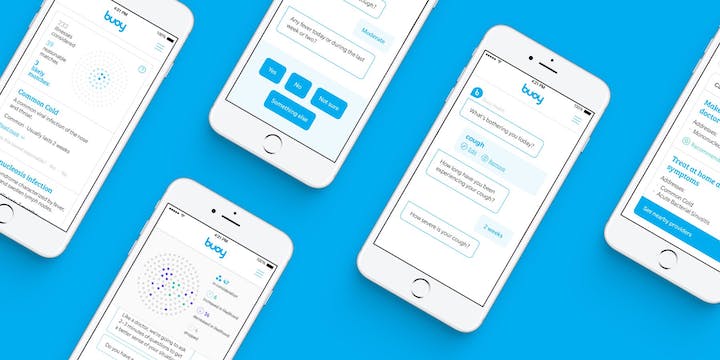 With all of the data and advancements in technology, the sad truth is that getting information about our own health problems online is still extremely frustrating and, frankly, often a waste of time. Maybe you'll find something that sounds like what you have, but it's impossible to tell if that's actually what it is, or if its serious enough that you should actually see or a doctor or not. All of that just leads to people either over-diagnosing, or under-diagnosing, themselves based on bad information.

That is what Andrew Le found when he was in med school.

"I'm a physician. I was in my last rotation in my third year of med school, doing a rotation in the emergency room. I kept seeing patient after patient having Googled their symptoms, and, basically, guessing as to what they had and oftentimes guessing wrong. That led to a lot of waste , with people coming in when they shouldn't have, but also a lot of people were endangering their own lives by deciding to sleep something off when they should have come in a lot earlier," he said.

When his own father had a mini stroke, and then decided not to come in, he said he didn't Google it because he didn't expect to find anything useful that was what Le told me was "the emotional tipping point." He left med school and started his own company to fix the problem, called Buoy, an AI tool that uses machine learning to interview patients like a doctor would.

On Wednesday, the company announced that it has raised a $6.7 million Series A funding round led by F-Prime Capital Partners, which is the venture arm of Fidelity, and an undisclosed strategic investor in the payer space. FundRx and angel investors, including Jack Connors, also invested in the round. The company had previously raised $2.5 from angel investors, bringing its total funding to $9.2 million.

Buoy’s goal is to to give patients an online portal that can give them accurate, useful information to give them better health outcomes.

Misinformation is still a big problem. According to Le, 72 percent of Americans Google before they do anything else, which leads to "a ton of misinformation," because more than half of the information online is inaccurate. And simply deciding to go to a doctor isn't always an option.

"When people hear about Buoy, the first thing everyone says is, 'Why don't you go see a dotor?' Well, that's a very pivledged thing for someone to say. In Boston, the average wait to see a phyisician is 49 days. We really believe that if you give people good, personalized information, it empowers them to make great healthcare decisions," he said. "Right now, in healthcare, people are trying to do that by putting more humans in front of people, for example nurse triage lines, telemedicine is getting a lot of press, but the decision to call a doctor or call or a nurse or even go to your doctor, is a triage decision you've made, and you've probably turned to Google to make. We're trying to solve that problem."

Buoy Health’s smart symptom checker asks patients a series of questions over two or three minutes, starting with information such as how age and sex.It then allows patients to insert their symptoms. In all, there are around 17,000 diagnoses that could occur at any given moment, and 30,000 questions that could be asked, Le explained, so each question is statistically backed, with data based on over 18,000 clinical papers. After every question is answered, the next question is designed to reduce the number of potential diagnoses. It is then able to rerank all 30,000 questions in real time, and to the patient it looks like they are having a conversation with a person.

Ultimately, the platform is able to narrow the problem down to a maximum of three potential outcomes, and then, based on that, will help the patient figure out what the appropriate next step would be, whether that’s gong to the ER or urgent care, using telemedicine, or staying at home.

Founded four years ago, Buoy ran its first trial in the beginning of last year, with 500 patients in an urgent care waiting room before the patient saw their doctor. The result Buoy came up with was the same as the doctor's over 90 percent of time. The company has also done three head to head studies between Buoy and 23 other symptom checkers and found to be up to 108 times more likely to get the right answer than the status quo.

The product was launched product in March; it now has 300,000 visitors coming to the site, and is growing at 30 percent week to week, averagjng around 8,000 new visitors every day. The typical user in the 20 to 40 year age range, and the majority of them are female. The number one use case is fatigue, with 25 percent of users searching for that term, along with female reproductive issues as well as psychiatric issues, such as depression.

“We’re really truly head to toe, and everything in between,” Le said. “The amazing thing is that, if we do well, we can help a lot of people.”

Buoy Health will use this round of financing to build out its team, hiring additional clinical researchers, engineers, and marketers from across a variety of industries. The company will be expanding its current 10 person team by at least another eight employees.

The company will also use the funds to build out back-end integrations with hospitals and providers so that it can make care for patients, providers and doctors simpler and more efficient.

“For a patient, when you’re sick there are two other institutions that are at play. Those that provide you care and those who cover care, like insurance companies. It’s our vision, and what we’re using money for, is to grow our user base but also to build tools to allow a person to directly interact with healthcare systems and providers, as well as being information from payers to the patients, so that they can make better informed decisions about what to do when they’re sick,” Le said.

That will mean tools to help patients take the next step after taking the Buoy quiz, partnering up with health systems in major markets in order to help make referrals to doctors and hospitals. The company is looking to launch that service in Boston, which is where Buoy is headquartered, as well as Cleveland, Houston, and St. Louis.

The company also plans to build tools that will help personalize the experience by creating a patient medical record that can be saved, allowing them to track their symptoms, and to give patients more information about their insurance benefits that they may not have known they had.

Going forward, Buoy also plans to create a board of medical advisors, including physicians from FundRx.

“We’re headquartered in Boston and we have five leading academic hospitals in the area, who have a ton of expertise, including from Harvard Medical School. They can keep us on the leading edge of finding and recognizing diagnoses, making them more accurate. We can provide the best information possible for people at the moment of illness,” said Le.

“We are basically saying to worldclass physicians, ‘You see 40 patients a day, but if you let us unlock you brain then everyone else can benefit from it too.’”

The plan is to start the board with 10 or 15 physicians, or one from every major specialty.

When asked about competition, the company that came up most was WebMD, which has been the go-to health resource on the Web for most people in the last two decades.

"We are a big departure from the old way of doing this, which is the WebMD way, where things are more simplistic decision trees. They're kind of like really bad Choose Your Own Adventure novels, where if you have a fever you turn right, if you have a cough you turn left, and then everybody gets cancer. Buoy is trying to flip that on its head, using our AI,” Le said.

“Once people click on us, there’s an obvious difference between WebMD and Buoy. For the 20 years that WebMD has dominated Google, no one’s tried to disrupt them. I think WebMD did one thing really well, which is SEO, but they took quick out once they did, which was selling eyeballs to pharma, and anyone else who would want to pay for a banner ad. We see this as a big opportunity for us to disrupt WebMD largely by going after their userbase, but instead of turning around and doing the same thing and selling those eyeballs, actually providing value for the patient, and for healthcare overall, by helping usher patients through their entire healthcare journey.”

The other big difference that Le pointed to between Buoy and its competitors, especially internatonally is that it cares more about the patient than profit.

“Whoever is going to engender the most trust is the company that puts the patient first. There are many dollars floating around, and that often may be at odds with what’s in the best interests of the patient, but if we can’t be trusted then we’ve failed completely. Putting the patient first is the bedrock of what we’re doing, and it’s something we’ll never waiver on. We are doing right by the patient regardless of what that means economically. That’s why our product is free, and we’re not reselling data,” he said.

“Our vision is to empower people take control of own healthcare journey. Five years from now we hope to have done that to America and to have expanded overseas. We want to allow people across the world to be less helpless and dependant on a limited number of experts. We want anyone, from any socioeconomic status, to get better in a smarter and more efficient way.”

Buoy is a digital health tool that helps people – from the moment they get sick – start their care on the right foot. Studies show that when most Americans (72%) get sick, they google their symptoms. But, the information they gather is both unreliable and risky – “I typed in cough and got cancer”. Buoy flips this all too familiar script on its head by leveraging advanced artificial intelligence to resemble an exchange you would have with your favorite doctor – where you get an accurate analysis of your symptoms and understand options for where to go and what to do next. So that you can easily and quickly embark on the right path to getting better 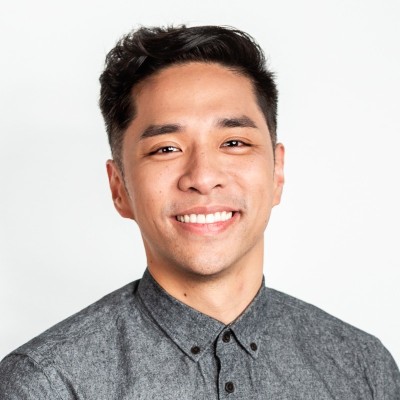