Are the Big Three automakers now the Big Four?

After a record setting quarter, Tesla is now a more valuable company than Ford 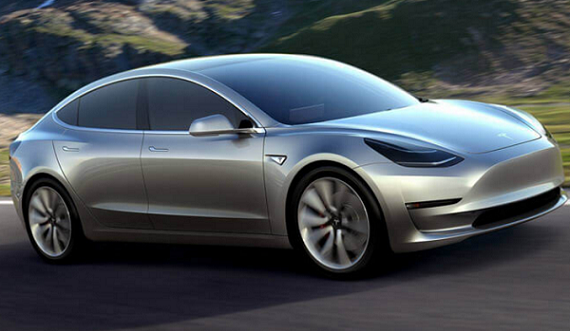 For a long time we've had what have been known as the Big Three American automobile makers, all based in Detriot: Ford, General Motors and Chrysler. Now it may finally be time to add a new member to that club, one with no connections to the Motor City.

On Monday, Tesla announced that delivered over 25,000 vehicles in the first quarter of 2017, a new record, and a 69 percent increase over the same quarter in 2016. Analysts has been estimating deliveries to be closer to 23,000.

Most important, the surge pushed the company's market cap to $48.69 billion, putting it higher than Ford's $45.31 billion. Tesla also isn't far behind another Big Three company: General Motors has a market cap of $51.11 billion. Chrysler, meanwhile, lags far beyond with $16.7 billion.

All of the Big Three motor companies saw their stocks dip on Monday; GM fell 3.37 percent, Ford fell 1.72 percent and Chrysler was down 4.76 percent.

In Q1, Tesla sold roughly 13,450 were Model S and around 11,550 were Model X. In addition, around 4,650 vehicles were in transit to customers at the end of the quarter, and these will be counted as deliveries in the second quarter.

Though it may be worth more than two of the Big Three, it should be noted that the company is still much smaller than any of those competitors.

Ford revealed on Monday that it had sold 236,250 vehicles in March, nearly 10x the number sold by Tesla. It should also be noted that that represents a 7 percent decline year-to-year. In 2016, Tesla revenue totaled $7 billion, while Ford had $152 billion. General Motors, meanwhile, saw $166.4 billion in revenue in 2016.

It should also be noted that Tesla is currently in the red, having lost $773 million in 2016; the company has not yet turned a profit.

For all these reasons. Tesla has a ways to go before it will truly be able to compete with some of the more established American auto manufacturers, but the company is already starting to represent a challenge to their supremacy. 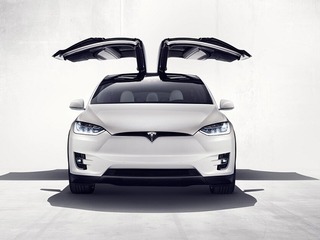 How does Tesla make money?