The increasing interplay of video and social media

A new era of video consumption, distribution and monetization 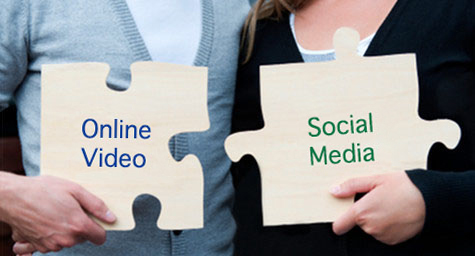 When Snap made headlines last year for surpassing Facebook’s video viewership, its achievement of the 10-billion-video-views-per-day milestone underscored not only Snap’s staying power, but the growing importance of video to social media.

Increasingly video is being consumed over social networks. To wit, social platforms like Twitter, Facebook and Snap are all making big bets on video. Twitter’s acquisition of Periscope, Facebook’s launch of Facebook Live as well as 360-degree video is only a few of the first moves in what will be a new era of video.

What will be interesting to see is if this is a winner-takes-all match, or one where each of the players decides to own a different corner of the ring.

Let’s look at three different dimensions of the interplay of video and social media: how it’s consumed, how it’s distributed and how it’s monetized.

The rise of social video sharing

Social is changing the way video is consumed, taking it from a “lean back,” passive type of engagement to one where the audience is as much a part of the experience as the actors themselves. The ability to discuss and share in both real time and after the fact will not only super-charge engagement, but will also impact the very nature of video as a media. Just a quick scan of video consumption via several of the major social networks shows the massive scale of this opportunity:

One company looking closely at how to integrate video into its experience is Pinterest. “Video on Pinterest is actionable because it can be paired with other Pins, helping the user go from inspiration to action. A user can watch a video of a makeup brand showcased on Pinterest and be able to take further action on it by buying the product, or finding out how other users are applying it, and so on” said Mike Bidgoli, Head of New Ad Products at Pinterest. Some 55% of Pinterest users are there to find or shop for products according to Mary Meeker’s latest internet trends. “We think of Pins and boards as LEGO blocks. They can be put together to convey rich ideas. Video is an important LEGO block that combined with the other blocks can not only inspire users, but also enable them to take action,” says Bidgoli.

One of the big technical challenges is understanding how best to identifying the component parts of a video. As Bidgoli puts it "understanding the content inside of a video is a meaty computer science problem.” We at Videogram agree! Our approach is to leverage machine learning to break videos down into their atomic elements thereby enabling both publishers and users to pin specific points in videos that are of particular interest and consume them in the most useful or enjoyable way possible.

A new era of personalization

We think of personalization today as a search recommendation or a pleasant welcome screen. But hold on to your chapeau, we’re on the cusp of a quantum leap in personalization. Let’s take a simple example: a movie trailer. In the future, there won’t be one trailer for everyone, there will be one trailer for you! A person with a certain social profile might see the car chase and helicopter rescue, while another might see the love scene and sunset. The content will look at you and form itself to your personality.

This kind of personalization will then compel distribution. Users will pluck the parts they want to share and promote them on social media. Their connections will then have a tailor-made experience and do the same. Viral 1.0 was a single virus. Viral 2.0 is a virus that mutates as its spreads!

“Social video is putting the consumer in charge. This is forcing the social platforms to focus on user experience and snack-able content,” Ian Monaghan, Special Operations Consultant at Adobe, said. “Users are demanding that video be relevant and easily discoverable.”

The current state of the art for many publishers is creating shorter and shorter forms of content. Here at Videogram we see this approach is a race to the bottom, as the content itself loses context and relevance. Shorter-and-shorter-form content is just a bandaid over the technological limitations of current platforms for enabling user-directed consumption and distribution. What are needed are solutions (like ours) that enable users to share specific parts of a video, while maintaining the integrity of the content as a whole. Essentially enabling sub-experiences and offshoot conversations. These kinds of capabilities create both higher engagement and increased distribution.

A single ad placed at the start of a single, long, video will always struggle to capture the attention of the consumer. However, rather than thinking of a video as an asset with only one advertisable moment - it’s start - what if a video is instead a treasure trove consisting of any number of opportunities for monetization?

The greater the relevance to the consumer, the more likely they are to consume the companion advertiser media. As such a part of a video shared in the flow of a vibrant discussion, or in the context of a greater overarching experience is going to be a much more compelling conveyance for advertising. Further, if the users in in control of an experience tailored to them, they will likely be much more receptive to receiving a greater number of advertisements as they hop from relevant content to relevant content. In short, give the user what they want, and they will pay you for the favor.

The platforms that figure this out first will be big winners. Ad dollars are moving from TV to digital video, fast. According to a report from eMarketer in June of 2016, digital video ad spending in the U.S. is expected to be in the double digits until the end of the decade, more than doubling from $7.66 billion in 2015 to $16.68 billion in 2020. At the same time, ad spending on TV will grow by no more than 2.5 percent in those same years.

Digital video ad spending won’t catch up to TV ad spending any time soon, as those numbers will be over $70 billion annually, quadruple the amount spent on digital video, but the gap is closing. In 2014, TV ad spending was over 1,200 percent more than digital; in 2020, it will be 362 percent higher.

It was recently reported that Facebook is going to be testing mid-video ad rolls on videos that are at least 90 seconds long. A user has to watch a minimum of 20 seconds to be shown an ad, and Facebook is capping ad length at 15 seconds. The company began testing mid-roll ads in live videos last August.

However, not everyone agrees with this strategy, including Balderton Capital Partner (and Blinkx Media founder) Suranga Chandratillake.  He feels that “while these ads may work for television, they are disruptive on Internet enabled devices, and aren’t innovative enough for the format.” Chandratillake goes on to add that “professional video has not seen much innovation other than Netflix. However social video market continues to grow. The consumption of online video is huge in terms of volume, the challenge is in monetization.”

Adobe’s Monaghan adds “social media platforms are now creeping into the publisher’s world, a world which has been historically focused on linear distribution and 30 second unskippable ads. This makes no sense for social video, where content is shorter and the experience more fluid. The challenge is to now to come up with more innovative solutions.”

And the innovation is just getting started. One of the new frontiers of social and video is gamification. Will James, APAC Sr Technical Director at Kaltura says that “Gamification is a frequent request from studios and content holders, but they’re just starting to figure out how this lifts conversion or arpu.”

Simple gamification models like receiving rewards for actions (think getting a free song on iTunes for sharing a clip) will probably be the first wave of innovation, but the potential models and combinations are endless and are an area we’re actively exploring at Videogram.

Video has historically been big, bulky and unwieldy. It’s the oil tanker of content - able to deliver a huge cargo, but unable to turn on a dime. That’s all about to change. As consumers demand flexibility, publishers, advertisers and technology enablers will race to find ways to meet the need.

Social media will be the venue of these changes. It will be where consumption and distribution blend together, and where new forms of monetization will emerge. The winners will be the ones able to adapt the fastest to rapidly changing consumer demands.

Social video will be flexibile video. 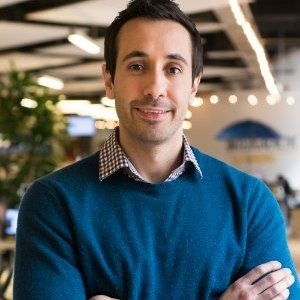