When Wealthfront was young: the early years

From Fantasy Stock Exchange to KaChing to Wealthfront, the making of a Silicon Valley robo-advisor

My last segment in this series focused on Betterment. This segment is on Wealthfront. 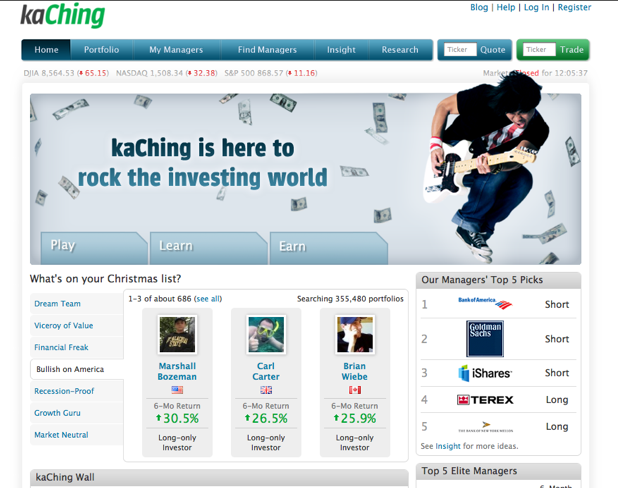 Founded: Most reports say Wealthfront—originally "Ka Ching," "KaChing," or "kaChing"—was founded in early 2008. But, according to Archive.org, the website was accepting beta users as early as May 2007.

I've reached out to the company to confirm the exact date. Unless I hear back, I will use January 2008 as its founding and launch month.

Initial company description: "KaChing is the ultimate destination to learn just how good of an investor you are. Create your portfolio and compete online with friends, colleagues or anyone else for the title of best investor. Will you be good enough to rank among the site's best investors?"

As the description implies, Wealthfront was originally designed as a virtual trading platform for users to compete with friends and family over who had the best imaginary portfolio. In fact, the service originally lived on Facebook's apps platform as "Fantasy Stock Exchange," or FSX.

First business model and first funding: In December 2008, Wealthfront became a registered investment adviser with the SEC. Its intention was to move beyond virtual portfolios and, sometime in the first half of 2009, give members the ability to link their actual brokerage accounts to portfolios of managers on the site.

At this time, the site boasted 350,000 portfolios, 20,000 of which had generated positive returns over the previous seven months.

Product update - at one year and five months from founding/launch: In June 2009, Wealthfront landed on MyYahoo, a startpage for Yahoo users that also included apps like Mint, WordPress, and others. The launch gave users a new way to access Wealthfront, which still operated as a fantasy stock portfolio.

Product update and business model - at one year and nine months from founding/launch: In October 2009, Wealthfront—a 12-person team—turned on the service it had promised in December, allowing anyone to create a brokerage account through its partner (Interactive Brokers), deposit a minimum of $3,000, and start executing trades.

The key differentiator was that their accounts would automatically mirror the trades of whichever money manager (or "Genius") they had selected through Wealthfront. (Example of one of these in the below image, courtesy of TechCrunch.) Geniuses, which were hand-selected by the company, made money through fees that averaged to around one percent annually, and Wealthfront took a 25 percent cut of that. 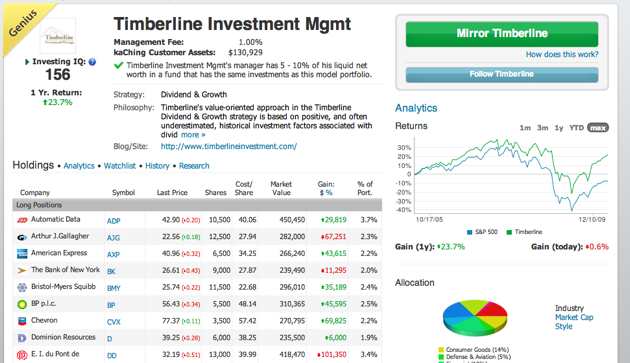 Both Carroll (the company's founder) and Andy Rachleff (the Benchmark Capital co-founder who had taken over as CEO after Carroll became VP of business development) were quoted in a New York Times profile:

“The idea of an asset manager showing all his research, his holdings — it’s unheard-of,” said Carroll. “In the financial industry, the idea is that information is currency; they protect it with their lives.”

“The mutual fund industry is a $10 trillion industry that has seen no innovation for 25 years" said Rachleff. "The Internet has had no impact."

At the time, Wealthfront had amassed a community of 400,000 amateur and professional investors managing virtual portfolios.

Second funding - at one year and eleven months from founding/launch: In December 2009, Wealthfront closed a $7.5 million funding round led by DAG Ventures.

Traction and name change - at two years and nine months: In October 2010, the company officially changed its name from "kaChing" to "Wealthfront." The company also achieved a major milestone: it had accumulated $100 million in assets under management.

At the time, Wealthfront had also grown its list of approved fund managers to 25 (less than 10 percent of those who had applied). And in the year previous, those managers had outperformed the S&P 500 by more than six percent. 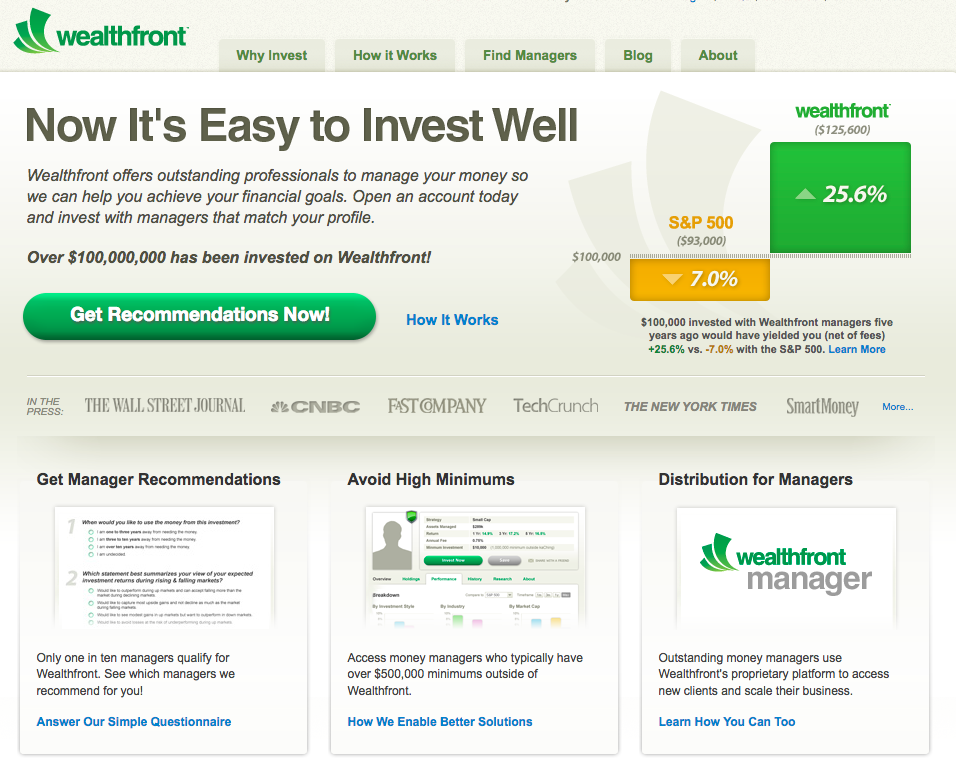 Product update - at three years and 11 months from founding, at one year and six months from launch: In December 2011, Wealthfront launched a new product designed specifically for the tech community. That is, tech community members who may have suddenly rolled into new cash thanks to their companies going public.

Literally an algorithm-powered wealth management advisor, Wealthfront's new product used a series of questions and data points to formulate a risk profile for its customers. Instead of the one percent (or more) typical of private advisors, Wealthfront charged nothing for accounts up to $25,000 and only 0.25 percent on assets above that.

In its eight-plus years as a private company, Wealthfront has raised nearly $130 million from Spark Capital, Index Ventures, Ribbit Capital, Greylock Partners, DAG Ventures, and others. Its last round, a $64 million investment led by Spark Capital Growth in October 2014, reportedly valued the company at $700 million.

Today, Wealthfront works much like Betterment and other "robo-advisors" by asking new members to answer a questionnaire, allowing the site to automatically build a recommended portfolio. The site then tells you which investments it would make for you and in what percentages—usually across a diversified portfolio of index funds—and provides explanations for each. Wealthfront also offers retirement plans (e.g. IRAs, 401(k)) and a college savings plan.

As of October 2016, Wealthfront manages approximately $4 billion for its thousands of customers. That same month, Benchmark Capital co-founder Andy Rachleff took over as CEO, replacing Adam Nash. It was a reversal, as Nash had replaced Rachleff as CEO almost three years earlier. 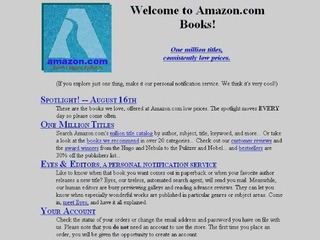 When Amazon was young: the early years 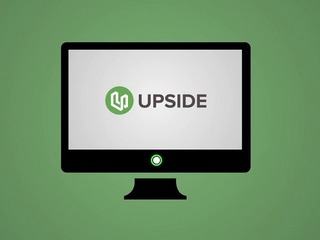 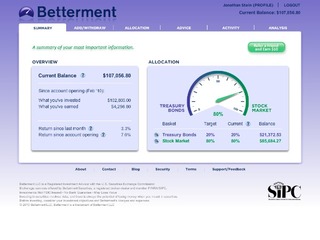 When Betterment was young: the early years