PlushCare will use the funding to build out its team, and expand to more U.S. markets 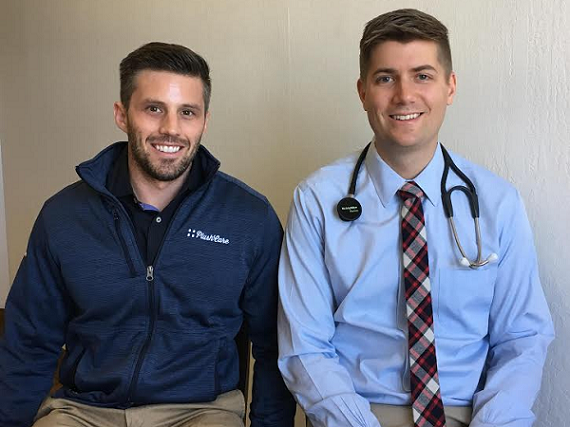 Telehealth is an idea that's been around a pretty long time now, for at least the last 10 to 15 years, but it's also one that really hasn't caught on the way that it should have, considering the obvious benefits to patients and doctors.

There are two reasons for that, Ryan McQuaid, co-founder and CEO of PlushCare, a direct-to-consumer online urgent care provider, told me.

First, it has generally been seen as "employers shoving solutions down employees throats to save costs," he said, and, second, there's a perception that the quality of care won't be as good as seeing a doctor in person. Those two problems have opened up a major opportunity for a company to come in and address both of those issues.

That's exactly what PlushCare is looking to do, and the company just announced the closing of its $8 million Series A round, led by GGV Capital with participation from Lightspeed Venture Partners and Exponent. GGV Capital’s Managing Partner, Jeff Richards, will also join the company's board of directors.

Founded in 2014, PlushCare solves the two major issues with telehealth first, by being direct-to-consumer, cutting out the perception that it's only being offered by an employer trying to save money, Second, it solves the perception of low quality by only allowing doctors at the top 50 medical schools in the U.S., who are board certified, and vetted, to be on the platform.

The idea for PlushCare came when McQuaid was working at AT&T, working in the digital health division. The company was using Teladoc as a resource, which he saw, as so many others do, as the human resources department giving him a solution that wasn't about his care, but about how much money could we saved.

"From the perspective of the employee, the company was navigating me to lower quality care to save the itself money. That's why what we said when we launched years ago, as the first direct-to-consumer focused brand, that we wanted to be the most trusted telehealth brand out there," said McQuaid.

"We are focused on high quality care, which we demonstrate through physician credentials. We're positioning ourselves as a premium brand."

For doctors to join the platform, they have to go through an interview process with the company's Chief Medical Officer, who makes sure the physician's medical history is clean, while also assessing their patient bedside manner, which McQuaid called "a huge component since telehealth requires strong communication."

Once the physician passes, and is on-boarded, they are given a rating by the patients after every visit, to ensure that quality is maintained. So far, no doctors have been forced off due to a low rating.

While the company isn't disclosing the number of doctors on the platform right now, McQuaid told me that the number has purposely been kept low, in order to ensure higher quality.

There are currently tens of thousands of patients using the platform, up around 300 percent year-over-year. The typical patient on PlushCare is 39 years old, 60 percent female and 40 percent male. It also includes both insured and uninsured patients.

The company gives return on investment to both doctors and patients.

"For physicians, they are making what they would otherwise make in a brick and mortar clinic. The most important thing for them is having flexibility, and keeping hours they want. For the first time, a physician can practice from home," said McQuaid.

Meanwhile, for the patients, they don't have to take time off work to go to the doctor, and they save money. When it comes to seeing a primary care provider, urgent care visits can be more expensive than going to the emergency room. PlushCare is able to lower those costs.

On average, for example, treating a sinus infection in walk in clinic costs $215 on average. With PlushCare, it's at least 50 percent less.

The company will use the funds to build out its product and engineering teams, immediately adding adding six employees to its current 15-person team, with more down the road. It will also be used to expand across the United States. It is currently in 14 markets, and plans to add both New Jersey and Texas.

Expanding to New Jersey makes sense for the company since it's already active in New York, and many patients from New Jersey have already been using it, McQuaid explained. As for Texas, it has a population of 20 million people, and PlushCare has been seeing a lot of demand in the state as well.

Going forward, the company's focus will be on creating the most trusted brand in the telehealth market, he said.

"That's critical for all stakeholders, so that's priority number one," said McQuaid. "Priority number two is getting more patients access to the service, and spreading awareness about it."

Those are the short term goals. In the long term, he wants to make PlushCare the one place go to, any time someone has a health issue.

"We believe that 70 of the time we can help virtually. If the patient does require in person care, we want them to come to PlushCare to speak to a doctor. We have a partnership with Quest Diagnostic, so they can submit their lab referral electronically, get the results back and share them electronically," he said.

The same can be done with diagnostic testing and imaging, where PlushCare can send a patient for a referral to a specialist.

"We want to combine virtual care with brick and mortar."