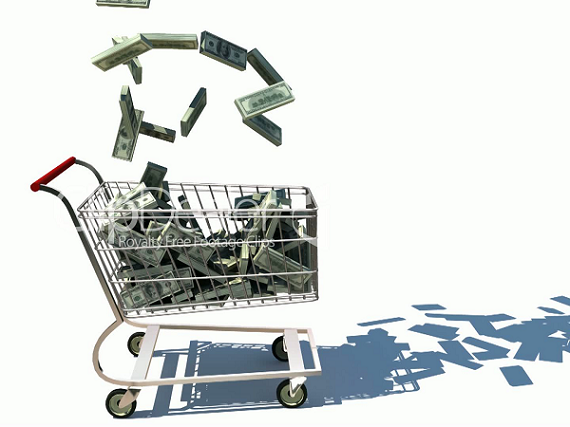 Google acquired FameBit, which helps creators and brands find and work with each other through sponsorships and paid promotion. No financial terms of the deal were disclosed.

Google’s relationship with brands and YouTube’s partnerships with creators, combined with FameBit’s technology and expertise, will help increase the number of branded content opportunities available, bringing even more revenue into the online video community.

Wimdu, a platform connecting travelers with private accommodation hosts, merged with 9flats, a community of people renting and letting short term accommodation to each other. No financial terms of the deal were disclosed.

9flats will lead the joint entity, under CEO Roman Bach. The combined entity will continue to operate both brands in parallel, with 9flats manager Giacomo Ialenti taking over the CEO role there.

As part of the transaction, Reid Robison, CEO of Tute, will join the PierianDx Board of Directors and Tute COO Andy Olson and Vice President of Product Development Bryce Daines will immediately relocate to St. Louis. PierianDx will maintain a development team in Provo, Utah.

PierianDx will maintain the Tute Genomics solution until the platforms are fully integrated into CGW 6.0 in the spring of 2017.

Founded in 2012, Tute Genomics had raised $7.7 million in venture funding.

MTG, an international digital entertainment group, entered into an agreement to acquire 35 percent of InnoGames, a global online games developer and publisher, from Eight Roads Ventures and the Company’s founders.

The transaction is based on an Enterprise Value of EUR 260m for 100% of the company. MTG has an option to acquire a further 16% of the company at the same valuation.

Founded in 2007, InnoGames had over 100 million Euros revenue in 2015 and more than 150 million registered players. Its games include Elvenar, Tribal Wars I & II, Grepolis, The West and Forge of Empires.

The company has raised an undisclosed amount of funding from Eight Roads Ventures.

The transaction is subject to German and Austrian merger approvals.

Relias Learning, a training and education provider in the healthcare industry, acquired Swank HealthCare, a distributor of online healthcare education for civilian and government hospitals, and AHC Media, a provider of medical information, publications and continuing education to healthcare professionals. No financial terms of either deal were disclosed.

Relias Learning offers more than 3,000 unique courses that are accessed by 3 million healthcare workers. It is used by 6,000 healthcare providers.

DigitalGlobe, a provider of Earth imagery and information, signed a definitive agreement to acquire The Radiant Group, a provider of advanced technical and analytical solutions, from Aston Capital. The price was $140 million in cash.

The acquisition of Radiant combines two industry leaders recognized for delivering innovative solutions that help customers harness the power of Earth imagery and other forms of geospatial information.

The deal is expected to closed by end of 2016, subject to satisfaction of customary closing conditions and regulatory approvals.

Based on the know-how of Innoluce, Infineon will develop chip components for high-performance lidar systems.

Founded in 2010, Innoluce as an entrepreneurial spin-off of Royal Philips.

Preferred Systems Solutions, a provider of Systems and Software Engineering services to government and industry clients, acquired Synaptic Solutions, an advanced technology services provider to the Intelligence Community. No financial terms of the deal were disclosed,

Synaptic Solutions owners and founders, Josh Cury and Derrick Henley, will be joining the National Security Group led by Dean McKendrick and help focus on future growth across the Intelligence Community.

Innofactor, a provider of cloud solutions and digital transformation, acquired Lumagate, a provider of cloud-based solutions using Microsoft technologies, from the company’s key employees. The purchase price, which  will be determined by Lumagate's EBITDA in 2016, 2017 and 2018, is at minimum approximately EUR 4.7 million and at maximum EUR 10.5 million.

Due to the acquisition, Innofactor will expand into Norway and will strengthen its position significantly in Sweden and Denmark. Innofactor considers that, after the acquisition, it has reached the strategic target of becoming the leading provider of Microsoft based solutions in the Nordics. In the future, Innofactor’s vision will be the leading provider of cloud solutions and digital transformation in each of the Nordic Countries.

Founded in 2006, Lumagate has over 70 employees in three different countries: Sweden, Norway and Denmark.

As part of the acquisition, Praneeth Patlola, CEO and Founder of Jobhuk, will join the Compunnel team and lead its marketplace efforts going forward.

Founded in 2013, Jobhuk has a network of over 2,000. The company had raised an undisclosed amount of funding from Talent Tech Labs.

Founded in 1999, Allegro has more than 20 million registered users, with total sales of more than 850 thousand items a day. The company employs 1,275 people across five offices in Poznań, Warszawa, Toruń, Wrocław and Kraków.

The transaction is subject to antitrust clearance. Until then, it is business as usual at Allegro

Morningstar, a provider of independent investment research, entered into a definitive agreement to acquire PitchBook Data, a provider of data, research, and technology covering private capital markets. No financial terms of the deal were disclosed.

PitchBook will maintain its brand and identity and will continue to be led by founder and chief executive officer John Gabbert.

Subject to customary closing conditions, the two companies expect the transaction to close in the fourth quarter of 2016.