Some of the firm's investments have included LinkedIn, Apigee, DocuSign, Box, Fitbit and Square. 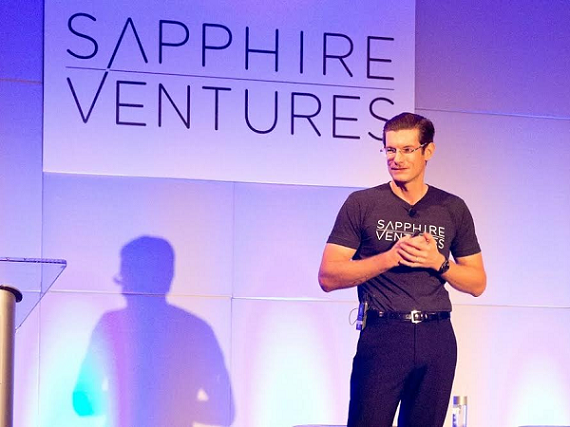 Despite the fact that it is becoming more difficult for companies to actually get funding this year, the firms themselves have plenty of money to throw around, and a good number of them have managed to raise very large funds.

You can now put Sapphire Ventures on that list, as the firm announced on Wednesday that it has closed on $1 billion in new capital commitments.

With this new funding, Sapphire’s total assets under management increased to more than $2.4 billion.

Sapphire Ventures was spun out of SAP SE to become an independent venture capital firm in 2011 and, since then, has been among the top five most active VC investors in U.S.-based tech companies to have completed an IPO. Last year, Sapphire led U.S. venture firms in total number of IPOs with four of its portfolio companies going public: Apigee, Box, Fitbit and Square.

"Today, I would say that we are probably one of the top 25 largest venture capital firms in the world, certainly in the U.S.," Nino Marakovic, CEO and managing director of Sapphire Ventures, said to me in an interview.

"We're deep-pocketed, and we have a history of success. We're quite differentiated in that, through our partnership with SAP, we are able to provide significant business value to our underlying companies, through introductions, through the SAP ecosystem and SAP customers in particular."

The firm invests in what it calls "high-growth, expansion-stage technology startups," as well as early-stage, technology-focused venture capital funds.

"Most of our activity is making direct investment in what we call 'expansion-stage companies,' which would be sort of Series B, Series C, Series D. We do have a second set of activities that revolve around making investments at as an LP in early-stage VC," Marakovic explained.

Some of the firm's other notable portfolio companies include LinkedIn, DocuSign, Nutanix, MuleSoft, OnDeck, PubNub, and Ticketfly.

"At the end of the day, the things that get us excited are great management teams, large TAMs, and disruptive technologies that have some sort of differentiation and barriers to entry. Those things are the key characteristics we look for in new investment opportunities. By definition believe many of our companies have," said Marakovic.

"We don’t engage early. We look for the company, the product, the team, to be a bit more baked. So we invest post-initial product market fit, but also the initial understanding of how to get to a customer effectively, and cost effectively."

On the low end, the firm will invest in a company with a $3 million to $5 million revenue runrate at the low end, and all the way up to hundreds of millions in pre-IPO and later stage investments. The average check size in the $10 million range, though it can go at low at $5 million and as high as $30 million, and the earlier the firm invests, the more it reserves for follow-on.

"The way we think about it is, when we go at the couple of million run rate company, we typically reserve 100 percent of the initial investment for follow-on. When we go later, it goes down to as little as 50 percent in terms of follow-on reserves. We always make sure that we're adequately, capitalized to support a company through its exit, and, in our history, have supported many companies way before a typical five, seven or even 10 year lifetime. We've been there to support them through whatever time it takes to find an appropriate exit," said Marakovic.

Sapphire typically invests in eight to 10 companies in a typical year. It does have a staff that is big enough to do more if there are enough opportunities, though it has done less than that this year and last, due to high valuations.

Out of the new fund, the ideal number of total investments would be in the 25 to 45 range, Marakovic told me.

When I asked Marakovic about the current state of the VC landscape, and why there have been so many big funds closed, he said that it was the firms trying to raise funding "in front of an anticipated cooling," but that it actually hasn't turned out to be all that much more than the amount raised in previous years.

What he has been seeing in recent years was that "too much money flew into the asset class from outside parties, and that has created an overly high valuation environment, which is a meaningful challenge."

"I think there's a sense that some of that excess capital has left the building, so to speak, and that the valuations that entrepreneurs expect, and demand, have shrunk a little bit. They've come closer to reality, although there's still a pretty meaningful disconnect between private and public market valuations, which is a challenge, because if you exit at a certain multiple you can't be entering the investment at 10 time that multiple, from a revenue/multiple perspective. Otherwise there's not going to be enough return for our investor. So I think there's still a little bit of a disconnect, but I do think it's improving."