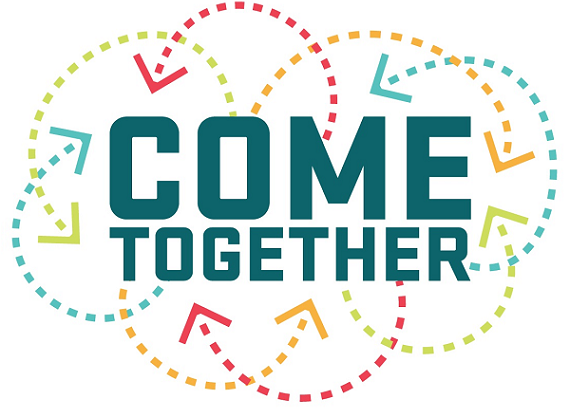 Unilever signed an agreement to acquire men's grooming subscription service Dollar Shave Club. No financial terms of the deal were disclosed, but the price is said to be $1 billion in cash.

Dollar Shave Club will remain an independent brand under the Unilever umbrella, as Michael Dubin will remain in his current position as CEO of the company.

Founded in 2012, the company has 3.2 million members. In 2015, Dollar Shave Club had turnover of $152 million and is on track to exceed $200 million in turnover in 2016. The company has raised $163.5 million in venture funding, from investors that included Venrock, TCV Forerunner Ventures and Dragoneer.

The deal is expected to close in the third quarter of this year.

Trovo will remain an independent brand under the Expedia umbrella, along with Hotels.com, trivago and HomeAway.

SoftBank is most interested in how ARM;s chips can power Internet of Things devices.

Going forward, SoftBank said it will be committed to helping ARM continue to grow, investing in its engineering talent, at least doubling the number of ARM employees in the UK over the next five years.

The acquisition of Olapic is am investment for Monotype to expand upon the company’s brand engagement strategy and extends the opportunity for Monotype to provide brands with solutions across two critical areas: marketing and design.

Following the close of the acquisition, which is expected to occur in Q3 2016, Olapic will operate as a division of Monotype.

The acquisition will help Postmates boost its engineering bandwidth. The purchase was an acqui-hire, with Siqi Chen, founder of Hey, becoming Senior Director of Product at Postmates.

Hey's apps include Heyday, an automatic journal enabling people to keep track of the places they visit and the things they see, and Famous, an app for rating people on Twitter. The company is looking to sell off both apps.

NowFloats, an Indian SME discovery service, acquired Lookup, an Indian messaging app that connects shoppers with local businesses. No financial terms of the deal were disclosed.

Founded in 2014, Lookup had raised $5.88 million in venture from Biz Stone, Khosla Impact, DeNA, and Catamaran Ventures, among others.

Versus, the Berlin-based product comparison site and engine backed by Earlybird Venture Capital, and Dave McClure’s 500 Startups (amongst others), has been acquired by Germany’s MenschDanke Group, which owns several shopping and online discount properties.

MenschDanke Group, German operater of online portal gutscheinPony, acquired Versus, a product comparison platform. No financial terms of the deal were disclosed.

The deal sees all Versus assets and staff transferred to the MenschDanke Group with immediate effect. Versus will continue to operate as a stand-alone business and brand.

Founded in 2011, Versus features 160 million comparisons in 18 languages. The company had raised $3.68 million in venture funding from 500 Startups, Dario Suter and Earlybird Venture Capital, among others.

Verisk Analytics, a data analytics provider, signed a definitive agreement to acquire Greentech Media, an information services provider for the next-generation electricity and renewables sector. No financial terms of the deal were disclosed.

Greentech Media will become part of Wood Mackenzie, a Verisk Analytics business, and will enable Wood Mackenzie to provide its clients with market intelligence across several categories, including solar generation, energy storage, and smart grids that react dynamically to changes in supply and demand.

Founded in 2007, Greentech Media had raised $4.58 million in venture funding.

The transaction is expected to close in the third quarter of 2016, subject to the completion of customary closing conditions.

As part of the transaction, Carl P. Evans III, 2338’s Founder and CEO, has agreed to join Predictive as Co-Founder, Chief Product Officer, and Corporate Counsel.

2338’s technology will power PredictiveOps, a SaaS application that will transform language in hedge fund documents and regulatory filings into useable data for operations planning and automation.

Solera Holdings, a provider of cognitive technologies for the automotive and home ownership ecosystems, entered into a definitive agreement to acquire Enservio, a provider of SaaS-based software and services to the property contents insurance marketplace. No financial terms of the deal were disclosed.

Founded in 2004, Enservio had raised $16.1 million in venture funding from Bain Capital Ventures and Matrix Partners.

The acquisition of Enservio is subject to certain closing conditions and is expected to close during the quarter ended September 30, 2016.

Train Simple courses will be incorporated into Pluralsight’s subscription-based platform and be available to users effective immediately. The Train Simple brand will be retired at the end of 2016.

MOBGEN will now operate as part of Accenture Digital. By bringing MOBGEN into Accenture Digital, clients in Europe will be able to deliver rapid iterations for advanced mobile and IoT services.

Founded in 2009, MOBGEN serves clients across a wide range of industries including finance, retail and travel, and has won industry recognition from the Webby Awards, the Red Dot Best of the Best Award, the Dutch Interactive Awards, and the European Business Awards, among others.

CommonBond, an online lender that uses data and technology to lower the cost of student loans, acquired Gradible, a personal finance platform. No financial terms of the deal were disclosed.

The acquisitiom will allow CommonBond to build out a new employer platform for student loan repayment. Gradible Co-Founders Pete Wylie and Grant Biles are joining the CommonBond team.

Founded in 2013, Gradible had raised an undisclosed amount of funding from 500 Startups, Angelpad, Thomas Korte, Kima Ventures and others.

BandLab, ta platform for users to create, collaborate and share their music, acquired Composr, a music-making service. No financial terms of the deal were disclosed.

Composr users can now join BandLab’s community of social musicians, and also get access to the many features that will help them make music and collaborate. Songs will be migrated along with user profiles to BandLab.

Composr will cease operations on the 1st of October.

Luxoft Holding, a provider of software development services and IT solutions, acquired INSYS Group, an IT consulting provider. No financial terms of the deal were disclosed.

The acquisitions add expertise and capabilities in the open source cloud platform for applications. It will also expand Luxoft’s presence in the U.S. market and allow it to establish a sales organization in North America.

Adstream, a provider of creative asset management, delivery and analytics technology, signed an agreement to acquire Dubsat, an advertising content management and distribution company. No financial terms of the deal were disclosed.

The acquisition continues Adstream's ongoing investment in driving global scale for its platform and customers.

Founded in 2000, Dubsat has offices located in New York, London, Dublin, Sydney, Melbourne, Auckland, and Johannesburg. Its network of publishers & broadcasters have 20,000 unique destinations across the world, and it has delivered over 5 million advertisements.

The acquisition is subject to customary regulatory approvals and other closing conditions and is expected to close in the coming weeks.

Salesforce signed a definitive agreement to acquire  crowdsourced analytics company Coolan. No financial terms of the deal were disclosed.

The Coolan team will help Salesforce optimize its infrastructure as it scales to support customer growth around the world.

The entire TeamUnify team immediately joins SportsEngine. Tom Fristoe, founder and chief executive officer at TeamUnify, will continue to lead TeamUnify from their Bend, OR headquarters.

TeamUnify will continue to develop and support their entire suite of products which actively service 4,000 swimming clubs and nearly 1,000,000 active members.

With the addition of LawRoom, EverFi grows its customer base to 3,300 partners, including 2,000 corporations, foundations, and nonprofits and over 1,300 higher education institutions. The acquisition also includes LawRoom subsidiary CampusClarity.

Together, EverFi and CampusClarity will also form the Campus Prevention Network, a nationwide coalition of over 1,300 higher education institutions that are committed to student wellness and safety.

Human resource and financial management company Workday signed a definitive agreement to acquire Platfora, a provider of operational analytics and data discovery tools. No financial terms of the deal were disclosed.

The Platfora team will join Workday, and will continue to be based in their existing office in San Mateo.

With the Platfora team and its technology unified within Workday, Workday will continue to build out analytics in Workday Financial Management and Workday Human Capital Management.

Founded in 2011, Platfora had raised $95.2 million in venture funding from Andreessen Horowitz, Battery Ventures, and Citi Ventures, among others.

Workday expects the transaction to close in our third fiscal quarter.

SOCAN, an organization that represents the performing rights of music creators and publishers, acquired Audiam, an online service allowing artists to make money off YouTube videos that contain their music. No financial terms of the deal were disclosed.

SOCAN plans to integrate Audiam's other strong business lines, such as North American licensing and administration of mechanical income from digital services, including Spotify, Google Play and Apple.

The acquisition was completed in July 2016, the terms of which are undisclosed.

MasterCard entered into a definitive agreement to acquire 92.4 percent of VocaLink, which develops and operates payments infrastructure solutions, for about £700 million (approximately $920 million).

VocaLink’s existing shareholders have the potential for an earn-out of up to an additional £169 million (approximately $220 million), if performance targets are met. Under the agreement, a majority of VocaLink’s shareholders will retain 7.6 percent ownership for at least three years.

Upon closing of the transaction, Yates will join the MasterCard management committee.

Altran, a provider of engineering and R&D services, acquired Lohika, a software engineering firm. No financial terms of the deal were disclosed.

The acquisition will grow Altran’s revenues in North America by more than 40 percent by the end of 2016. It will also make the USA the second largest region for the Group on a revenue basis.

The acquisition is expected to be completed in 2016 and is subject to customary closing conditions.

Ardenta will compliment Claranet’s application management capabilities. The company will become part of the Claranet Group of companies, and Ardenta’s co-founders, Neil Truby and Scott Hanson, will work alongside Claranet’s senior management team to integrate the business and foster continued growth.

Founded in 2001, Ardenta has annualised revenues of £6 million. The company counts the BBC, ITV, Ladbrokes and William Hill among its customers.

develops and operates payments infrastructure solutions in the United Kingdom. 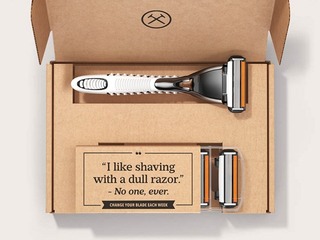 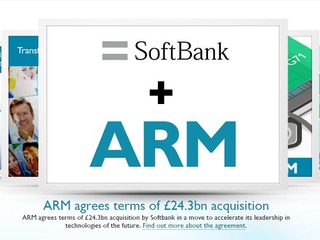 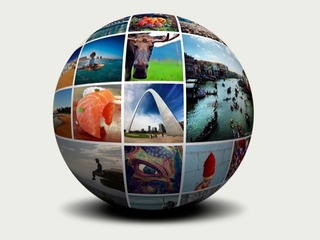