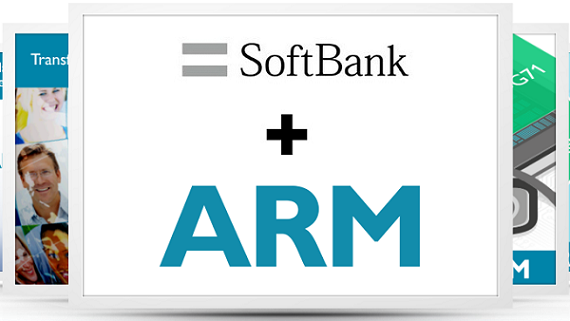 Japanese telecommunications company SoftBank is beefing up its Internet of Things capabilities.

On Monday, the company announced that is has reached an agreement to acquire Cambridge-base semiconductor company ARM Holdings.

The acquisition, which has been approved at a meeting of SBG’s Board of Directors, is subject to the approval of ARM’s shareholders, though the Board has unanimously already said it plans to recommend to shareholders that they go ahead with the deal. It is expected to close sometime in the third quarter of this year, meaning before the end of September, at which point ARM will become a wholly-owned subsidiary of SoftBank.

While ARM, founded in 1990, is a semiconductor intellectual property supplier most notable for selling chips to smartphone makers, including Apple, SoftBank is most interested in how its chips can power Internet of Things devices.

“We have long admired ARM as a world renowned and highly respected technology company that is by some distance the market-leader in its field. ARM will be an excellent strategic fit within the SoftBank group as we invest to capture the very significant opportunities provided by the 'Internet of Things'," Masayoshi Son, Chairman and CEO of SoftBank Group, said in a statement.

“This investment also marks our strong commitment to the UK and the competitive advantage provided by the deep pool of science and technology talent in Cambridge."

Going forward, SoftBank said it will be committed to helping ARM continue to grow, investing in its engineering talent, at least doubling the number of ARM employees in the UK over the next five years. It will also make "complementary acquisitions with the aim of ensuring ARM maintains a R&D edge over existing and emerging competitors."

For ARM, the deal means it will gain access to SoftBank's resources and reach, allowing to grow faster.

“It is the view of the Board that this is a compelling offer for ARM Shareholders, which secures the delivery of future value today and in cash. The Board of ARM is reassured that ARM will remain a very significant UK business and will continue to play a key role in the development of new technology," Stuart Chambers, Chairman of ARM, said in a statement.

"The Board believes that by accessing all the resources that SoftBank has to offer, ARM will be able to further accelerate the use of ARM-based technology wherever computing happens.”

The company has seen 60 billion ARM based chips shipped to date, and over 1,100 licenses signed with over 300 companies,