Unicorn companies took 40% of all VC funding in Q2 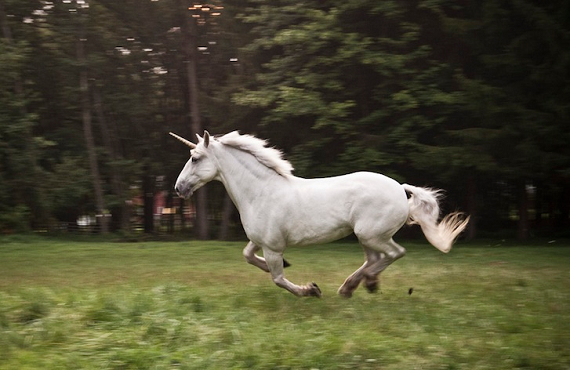 From everything I've heard from the venture capitalists I've spoken to, the down market was supposed to be a course correction on an overinflated ecosystem, one that had produced more than one unicorn, or company worth at least $1 billion, every single week in 2015.

While it is true that the new number of new companies getting those valuations has slowed down, the existing unicorns are still raising boatloads of cash. So much, in fact, that they are actually driving the amount of funding in the U.S. up to similar levels as years past, according to the 1H 2016 U.S. Venture Industry Report, out from PitchBook on Thursday.

In Q2 of this year, there was $22.3 billion invested, across 1,906 completed deals, for an 11 percent increase in dollars year-to-year, but a 29 percent decrease in the number of deals completed.

The total raised for the first half of the year stands at $40 billion. If it continues on this pace, it would actually wind up higher than the $79 billion raised in 2015. 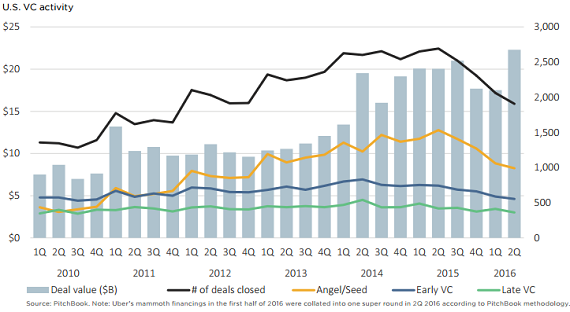 So with so many more dollars, but fewer deals, all that funding has to be going somewhere. Turns out, it's going to companies that have already proven themselves.

In the second quarter, 39 percent of total capital invested into U.S. startups went into unicorn companies. That equals $8.78 billion. In the same quarter last year, it was $4.06 billion, or 20 percent of funding. That represents an increase of 216 percent.

Some of those rounds included Snapchat, which raised $1.8 billion in May, and Slack, which raised $200 million in April. The biggest of all was Uber, which $5.6 billion, including $3.5 billion from Saudi Arabia’s government-controlled Public Investment Fund, which makes up 28 percent of of alll the capital invested in 2Q.

“Massive mega rounds for companies like Uber and Snapchat are certainly driving up the level of VC dollars invested in the market, but the mentality amongst VCs has shifted dramatically,” PitchBook founder and CEO John Gabbert said in a statement.

“In years past, many investors were in bull market mode, making big bets on all types of companies. But today, VCs are more thoughtful about the types of investments they make. The decline in deal volume overall could be a result of this shift.”

Late stage deals overall had a great quarter, with the highest amount of funding in at least the last three years, even as the number of deals fell to a low in the same time period. 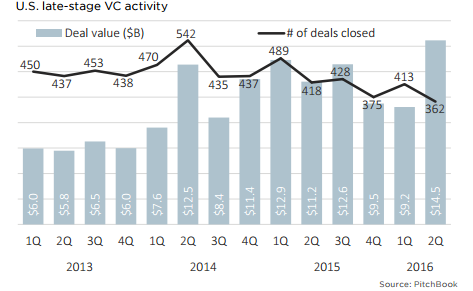 As investors have become more risk averse, putting money into fewer deals, companies in the early stages have been hit especially hard.

In the second quarter, the number of first financings with VC involvement dropped to 525, down 38 percent from the same period the year before. Meanwhile, seed deal flow fell to 554 completed deals last quarter, compared to 1,098 over the same period in 2015.

Closing a follow-on round is also becoming more difficult. In the first half of 2016, only 1.2 percent of startups with seed deals successfully closed a Series A, the lowest portion on record and a 15 percent drop from 2014. 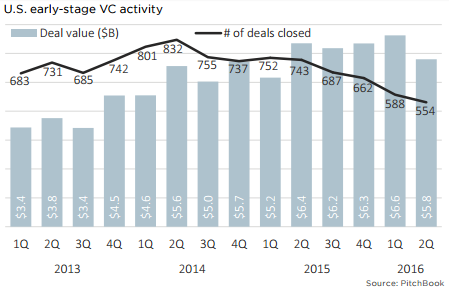