Joyent will remain a separate, independent company under Samsung 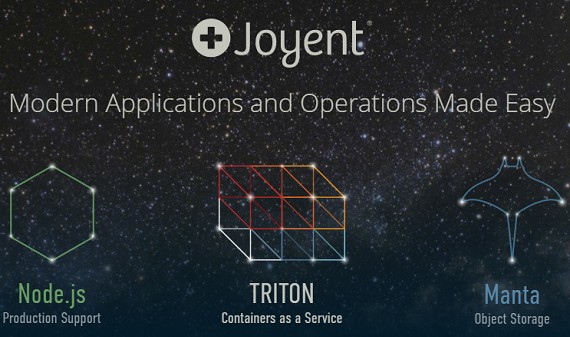 Though no financial terms of the deal were disclosed it was revealed that, going forward, Joyent will continue to operate as a standalone company under Samsung.

Meanwhile the company's team of technologists, including its CEO, Scott Hammond, its CTO, Bryan Cantrill, and its VP of Product, Bill Fine, will join Samsung to work on company-wide cloud initiatives.

For Samsung, the company said the acquisition will give it access to its own cloud platform capable of supporting its growing lineup of mobile, Internet of Things and cloud-based software and services.

“Samsung evaluated a wide range of potential companies in the public and private cloud infrastructure space with a focus on leading-edge scalable technology and talent. In Joyent, we saw an experienced management team with deep domain expertise and a robust cloud technology validated by some of the largest Fortune 500 customers,” Injong Rhee, CTO of the Mobile Communications business at Samsung Electronics, said in a statement.

For Joyent, becoming part of Samsung means it can grow faster, with more resources, than it would have on its own.

“Until today, we lacked one thing. We lacked the scale required to compete effectively in the large, rapidly growing and fiercely competitive cloud computing market. Now, that changes,” Scott Hammond, CEO of Joyent, wrote in a blog post.

In addition, he said the two companies each had technology that complimented the other.

"By bringing these two companies together we are creating the opportunity to develop and bring to market vertically integrated mobile and IoT services and solutions that deliver extraordinary simplicity and value to our customers. This will accelerate the speed of innovation for both companies in high growth market segments," he said.