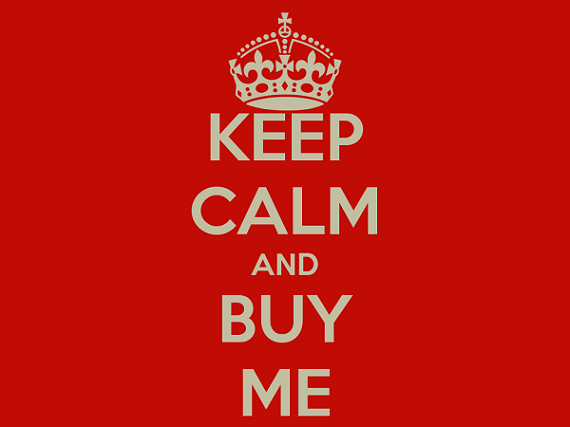 Jobr has been working with Monster for over a year, and will remain in separate independent business .

KFit, a fitness membership company, signed a deal to acquire Groupon Indonesia. Financial terms of the deal were disclosed.

The acquisition will see KFit enter the Indonesian market with Groupon Indonesia as a wholly-owned subsidiary of KFit, while Groupon will become a strategic shareholder of KFit.

Groupon Indonesia has over 1 million subscribers and over 15,000 local merchants. It is among the most visited e-commerce websites in the country.

The transaction is expected to be completed in Q3 2016. KFit has confirmed that there will be no immediate changes to the business.

DocPlanner, a medical booking platform, mergered with Doctoralia, a similar platform based in Spain. No financial terms of the deal were disclosed.

While the combined company will be majority-owned by former DocPlanner shareholders the existing Doctoralia founders will become significant shareholders and will join the senior management team. The Barcelona-based team will continue to strengthen the merged company’s presence in Spain and Latin America.

Fortinet, a provider of high-performance cyber security solutions, acquired AccelOps, a provider of network security monitoring and analytics solutions. No financial terms of the deal were disclosed.

The deal, which would be done  through an M&A fund invested by one of Spearhead's fully-owned subsidiaries, is subject to final agreement signing, regulatory and each transaction party’s decision-making body approvals.

Online grocers Door to Door Organics and Relay Foods entered into a definitive merger agreement. No financial terms of the deal were disclosed.

Door to Door Organics and Relay Foods will maintain offices in Louisville and Charlottesville, and will continue to operate as separate, customer-facing businesses until the integration is complete and the new brand is announced later this year. The combined company, which plans to operate under a new brand to be disclosed later this year, will serve consumers in 63 markets across 18 states and Washington, D.C.

Founded in in 1997, Door to Door Organics operates in 16 states in the West, Midwest and East Coast. The company had raised $31.8 million in venture funding from Arlon Group and Greenmont Capital Partners.

ClickDealer, a global performance marketing agency, acquired the assets of Fiksu, a data-fueled mobile marketing technology company. No financial terms of the deal were disclosed.

Fiksu’s FreeMyApps, DSP and more will augment ClickDealer’s own in-house mobile solutions by increasing their functionality while Fiksu will gain access to ClickDealer’s sales prospects and technical resources, which will allow Fiksu to scale the business and expand internationally.

Fiksu will continue to support its existing customers as usual following the acquisition. Its clients include Amazon, Disney, Coca-Cola, Dunkin’ Donuts and more.

Founded in 2008, Fiksu had raised $16.75 million in funding. The company has been responsible for 7.2 billion app downloads.

Pocketbook's founders will be retained, and it will operate as a stand-alone business unit within the zipMoney group.

Founded in 2012, Pocketbook had raised $500,000 in venture funding from Tank Stream Ventures.

The acquisition of Pocketbook is subject to zipMoney (ASX:ZML) completing satisfactory due diligence and the Pocketbook founders and other shareholders agreeing to the transaction.

Cameo Global, a provider of tailored IT solutions, acquired SendHub, a business messaging startup. No financial terms of the deal were disclosed.

The SendHub brand will become part of Cameo’s network of technology businesses across five countries.

The acquisition allows Cameo to add messaging capabilities to its own network of global connectivity services and lets SendHub focus all of its energy on its messaging product.

SterlingBackcheck, a provdier of background screening and HR solutions, acquired RISQ Group, a provider of employment background checks across the Asia-Pacific region. Terms of the deal were not disclosed.

Founded in 2002, RISQ operates out of six offices in the Asia-Pacific region, including Singapore, Australia, Malaysia, Hong Kong and Mainland China.

PowerSchool, a provider of K-12 education technology solutions, acquired Haiku Learning, a provider of a cloud-based learning management and classroom collaboration solution. No financial terms of the deal were disclosed.

With this acquisition, PowerSchool has invested over $100 million within the past six months to implement the K-12 education industry’s first unified classroom platform.

The company will add more than 3 million users across six continents while continuing to support learning and outcomes for more than 20 million students in the U.S. and Canada.

Haiku Learning was founded in 2006.

Midigator, a developer of chargeback and fraud mitigation technology for merchants and payment processors, acquired B4 Enterprises, a resellers of Ethoca Limited and Verifi, Inc’s chargeback prevention technologies. No financial terms of the deal were disclosed.

This acquisition puts Midigator at the forefront of the chargeback and risk management industry.

B4's owners Ben Butcher and Bryan Baumgartner are joining Midigator, which will incorporating the company's technology.

Telerent Leasing Corporation, a provider of visual communications solutions, agreed to acquire Digital Networks Group, a custom AV integrator in the healthcare, education, and government sectors. No financial terms of the deal were disclosed.

Investment in DNG will enhance Telerent’s audio visual related integration capabilities which are currently provided by Avidex, a division that was acquired in 2012. TLC will operate the acquired organization under the Avidex division.

Mefitted.com, which launched in 2015, has an interactive e-directory lists more than 8,200 salons by location and service type, including 120 salon brands such as Spa Esprit Group, Jean Yip, Prep and Porcelain Face Spa. It also features  30 beauty bloggers.

All salons, salon brands and beauty bloggers will be gradually on boarded to Vanitee’s platform over the next few months.

Voonik, an India fashion marketplace, acquired Zohraa, a marketplace for designers and boutique; Styl, a platform to connect salons and stylists with consumers; and Picksilk, an  online silk store. No financial terms of the deal were disclosed.

The acquisition will be used to form Digital Domain Interactive. Building on the groundbreaking virtual reality work of IM360, this entirely new division will be dedicated to the development and production of virtual reality content.

Branding Brand, a mobile commerce and engagement platform for retailer apps, acquired Waysay, a provider of mobile app solutions for in-app messaging, customer engagement, and location capabilities. No financial terms of the deal were disclosed.

The Waysay Team will join Branding Brand's Product Team, led by Jeff Middlesworth. As part of the acquisition, Branding Brand will open a third office in Indianapolis. Further expansion plans include opening a fourth office in London later this year to better serve its growing European client base.

Elsevier, a provider of scientific, technical and medical information products and services, acquired Hivebench, a digital laboratory notebook that helps researchers prepare. No financial terms of the deal were disclosed.

Hivebench will be integrated into Elsevier's existing Research Data Management portfolio, resulting in the further enhancement of the researcher experience.

The integration of Hivebench with Elsevier's 'funder compliance check' module, that will be developed in 2016 for the Elsevier and Mendeley data repositories, will also ensure that the data complies with funder requirement

Science Exchange, a marketplace for scientific research, acquired OnDeckBiotech, a community and marketplace that connects biopharmaceuticalcompanies with contract service providers. No financial terms of the deal were disclosed.

As part of the acquisition, Science Exchange will take over OnDeckBiotech’s office in Cambridge, MA, giving Science Exchange a physical presence in two of the world’s largest and fastest growing biotechresearch clusters.

OnDeckBiotech’s Founder and CEO, Cliff Culver, will join Science Exchange as VP, Strategy and General Manager, Boston as part of the acquisition.

With this acquisiton, Ayima will increase in size to almost 150 people worldwide across five offices.  Prior to the acquisition it  was already projecting a 50 percence revenue increase for the year.

Founded in 2008, QuickThink Media had worked closely alongside Ayima for many years.

Thoma Bravo, a private equity investment firm, entered into a definitive agreement to acquire Elemica, a Supply Chain Operating Network for the process industries. Financial details were not disclosed.

This transaction will expand the capabilities of Elemica’s innovative supply chain solutions. By focusing more resources and investing in next-generation technologies, Elemica’s clients will benefit from faster time to value while gaining greater returns and realizing better bottom line results.

Thoma Bravo sees Elemica as an attractive investment opportunity, with a strong portfolio of products, a talented team, and a great opportunity to support customers through continued organic and inorganic growth.

The acquisition enables Connecture to create one end-to-end solution to strengthen consumer and employee engagement throughout the benefit decision-making process.

Drive Rental currently serves more than 100 customers from its locations in Leduc, Alberta and Anzac, Alberta in Canada andPrudhoe Bay, in Alaska. The business will rebrand and operate as Cahill Heating.

This is the first platform acquisition by Cahill Services, which was formed in 2015 by a group of former Aggreko executives.

Nokia plans to acquire Gainspeed, a start-up specializing in Distributed Access Architecture solutions for the cable industry. No financial terms of the deal were disclosed.

Upon the closing of the planned transaction, Gainspeed would become part of Nokia's Fixed Networks business group.

Gainspeed was founded in 2012 and is located in Sunnyvale, California, and  employs approximately 70 people. It raised $60.77 million in venture funding from Andreessen Horowitz, Juniper Networks, New Enterprise Associates and Shasta Ventures.

The planned transaction is expected to close in Q3 2016, subject to customary closing conditions.

Sovos Compliance, a provider of tax and business-to-government compliance software, acquired Invoiceware International, an electronic invoicing platform. No financial terms of the deal were disclosed.

Scott Lewin, CEO of Invoiceware, who will continue to run the business for Sovos as General Manager, Latin America.

PFSweb, a commerce service provider, completed the acquisition of Conexus Limited, an eCommerce system integrator. No financial terms of the deal were disclosed.

Conexus will become a wholly-owned subsidiary of PFSweb, and will initially operate under the name "Conexus, a PFSweb Company."

The company supports a staff of approximately 65 professionals and is currently projecting approximately $7 million of revenue in calendar year 2016, with the majority of that revenue expected to be recognized in the first half of the year due to seasonality.

PFSwebexpects the transaction to be accretive to its Adjusted EBITDA performance.

Carousel Industries, a provide of communication and network technologies, professional and managed services and cloud solutions, intends to acquire Atrion, an IT services firm. No financial terms of the deal were disclosed.

The transaction will create a combined entity of more than 1,300 professionals located nationwide. The company will have approximately $525 million in annual revenue, creating one of the largest and fastest-growing privately-held IT services firms in the U.S.

The acquisition of Atrion is expected to be completed early in the third quarter of 2016, subject to customary closing conditions.

Maranon provided financing for the deal. The acquisition will strengthen Fisher's  presence in the Mid-Atlantic region.

Fisher is based in Troy, Michigan and has 13 regional offices supporting sales across the Midwest and Northeast regions. The company is backed by The Riverside Company.

Pulsant, a cloud computing, managed hosting and colocation company, acquired Onyx, an IT infrastructure services provider. No financial terms of the deal were disclosed.

This acquisition forms part of Pulsant’s strategy to enhance capabilities and strengthen its market position. The acquisition will benefit both existing and potential customers.

The combined business will have almost 400 staff, revenues of £75m and over 4,000 customers in a variety of industries. Its operations are underpinned by a network of 15 owned and operated datacentres across in the UK, and leading-edge private, multi-tenanted and public cloud platforms.

Founded in 1994, Onyx had raised $66.27 million in venture funding from LivingBridge.