Salesforce buys Demandware for $2.8B to get into e-commerce 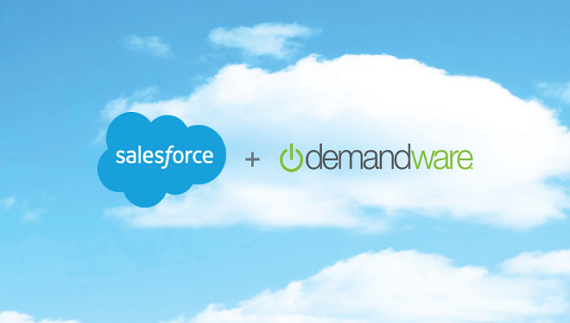 Salesforce made its name with CRM, but the company is branching out, making a purchase on Wednesday that gives it a foothold in the e-commerce market.

The company announced that it has agreed to acquire Demandware, a provider of enterprise cloud commerce solutions. The deal is worth approximately $2.8 billion, valuing Demandware at $75 a share, which is 56 percent higher than its $47.99 closing price on Tuesday.

Founded in 2004, Demandware is an enterprise cloud commerce platform, whose capabilities include digital commerce, order management, predictive intelligence and point of sale.

As of the first quarter of this year, the company's live customers reached 349, while its live sites reached 1,590. The company's clients include brands such as Design Within Reach, Lands’ End, L’Oreal and Marks & Spencer.

The Demandware team, which consists of more than 1,000 employees, will join Salesforce upon the closing of the transaction, and the company will become a part of the Salesforce Customer Success Platform.

Specifically, Demandware will be spearheading a new division, called The Salesforce Commerce Cloud.

"The Demandware mission is to empower retailers to engage and inspire consumers, enhance brand value and grow profitably. We expect to accelerate that mission as the Salesforce Commerce Cloud. When the transaction closes, Demandware will become an integral part of the Salesforce world-class Customer Success Platform," Tom Ebling, CEO of Demandware, wrote in a blog post.

"Demandware customers will be able to leverage the platform to deliver a more comprehensive, personalized consumer experience throughout the entire customer lifecycle, while Salesforce customers will gain access to the Demandware leading enterprise cloud commerce solution."

The two companies work well together, he said, because they both have a "customer first" mentality.

"Demandware is an amazing company—the global cloud leader in the multi-billion dollar digital commerce market," Marc Benioff, chairman and CEO of Salesforce, said in a statement. "With Demandware, Salesforce will be well positioned to deliver the future of commerce as part of our Customer Success Platform and create yet another billion dollar cloud."

Shares of Salesforce are currently down slightly, dropping 0.11 percent to $83.64 a share, but shares of Demandware have skyrocketed on the news, going up 55.69 percent to $74.73 a share.

This is the fourth acquisition for Salesforce this year. In February it bought open source machine learning server PredictionIO, and acquired MetaMind, an artificial intelligence platform, in April. Its most recent acquisition was data-automation startup Implisit in May.

The deal is expected to close in the second quarter of Salesforce's fiscal year 2017, which ends on July 31.

VatorNews reached out to Demandware for more information on the acquisition. We will update this story if we learn more.