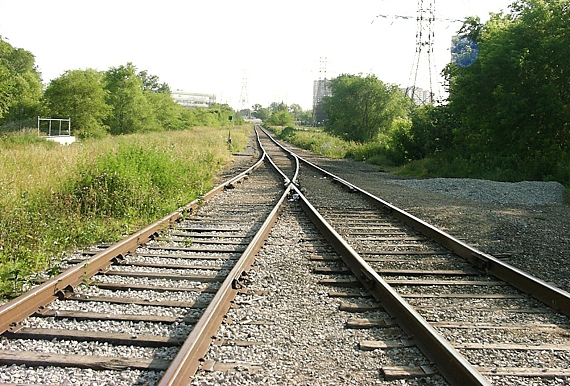 Based in San Francisco, Technorati generated approximately $7 millionin revenue in 2015. It has raised $32.1 million in venture funding.

The Technorati acquisition is expected to close this month.

BuzzMyVideos, a video content network, aqcuired MakeTag, a provider of technology to create interactive videos. No financial terms of the deal were disclosed.

The MakeTag team will be joining BuzzMyVideo and will form the basis of a new development hub in Cagliari on the island of Sardinia in Italy.

Founded in 2014, MakeTag raised a $2.5 million from United Ventures.

Activision Blizzard, the company behind  franchises Call of Duty and Guitar Hero, closed its acquisition of King Digital, the company behind Candy Crush Saga. It acquired all of the outstanding shares of King for $18.00 in cash per share, for a total equity value of $5.9 billion.

The combined company reaches over 500 million users across almost every country, making it the largest game network in the world.

The acquisition was first announced in November of last year.

BlackBerry acquired cybersecurity firm Encription. No financial terms of the deal were disclosed.

The acquisition of Encription was completed on February 19.

Microsoft acquired Xamarin, a provider of development tools to build and test native mobile apps. No financial terms of the deal were disclosed.

Microsoft has a longstanding partnership with Xamarin, and have jointly built Xamarin integration into Visual Studio, Microsoft Azure, Office 365 and the Enterprise Mobility Suite.

Xamarin has more than 15,000 customers in 120 countries, including more than one hundred Fortune 500 companies, including Alaska Airlines, Coca-Cola Bottling, Thermo Fisher, Honeywell and JetBlue. <ore than 1.3 million unique developers have taken advantage of their offering.

PadMapper will continue to run and enhance its product as a fully-owned subsidiary of Zumper. Its CEO & Founder, Eric DeMenthon, and CTO Rob Crowell, will join Zumper in its headquarters in San Francisco.

Together, the Zumper & PadMapper platform saw 4 million visits this January and will see 8 to 10 million visits per month this summer. It  will likely be profitable by the end of summer.

In the coming months, Zumper and PadMapper will launch a new product ,  currently in beta , that will serve renters in a much more hands-on way.

RallyBound, a  fundraising platform for organizations, acquired competitor Chorus. No financial terms of the deal were disclosed.

Virgin Pulse, a company focused on improving the lives of employees, mergered with ShapeUp, a provider of social networking-powered corporate wellness solutions, and Global Corporate Challenge Unite, an employee hea;th and performance program. No financial terms of the deals were disclosed.

Virgin Pulse investors Insight Venture Partners and Virgin Group, ShapeUp investors Cue Ball and Excel Venture Management, and GCC investors will continue to support Virgin Pulse through its next phase of growth by investing significant capital into the combined entity.

Founded in 2006 the Providence, Rhode Island-based ShapeUp, sell solutions in 25 languages to more than 800 customers and two million users worldwide, including many of the Fortune 500. The company had raised $13 million in venture funding.

To date, more than 2 million people, across 185 countries from thousands of the world’s leading organizations, have participated in GCC’s global challenge.

Salesforce signed an agreement to acquire Open source machine learning server PredictionIO. No financial terms of the deal were disclosed.

PredictionIO’s open source technology will remain open source and free for all users. The team will continue to work on evolving the project into a self-sustaining community. The PredictionIO Cluster software fee on AWS Cloudformation is being reduced to $0 for the first time.

Founded in 2013, PredictionIO had raised $2.65 million in venture funding.

The acquisition coincides with the launch of Deepmind Health, which will support clinicians by providing the technology to build and scale technologies that help them provide the best possible care to their patients.

The Hark team is planning to join forces with DeepMind Health to accelerate and scale efforts to revolutionise task management in hospitals. Deepmind plans to integrate their work into Streams over the coming months.

Hodes, an employer brand agency, acquired QUEsocial, an employee advocacy and social talent acquisition platform. No financial terms of the deal were disclosed.

During the initial acquisition period QUEsocial will be an independent business under the global Hodes brand reporting into Roopesh Nair, the president and CEO of Hodes.

QUEsocial was founded in April 2012 and is based in Chicago, Illinois. Its customers include CA Technologies, Children's Mercy Hospital, Enterprise Holdings, Hewlett Packard Enterprise, HPI Inc., UnitedHealth Group and Sodexo.

The acquisition of Whisk will help strengthen Deem's line of car service applications, so they they now include a SaaS back-office, auto-dispatch capabilities for advanced-schedule and real-time reservations, mobile and online applications.

One of the ground transportation operators who use Whisk is Big Apple Car, operator of one of the largest networks of independently-owned black cars in New York City.

Voonik, an Indian personalisation-focused fashion marketplace, acqui-hired Getsty, a curator of personalized fashion for men. No financial terms of the deal were disclosed.

Voonik is set to launch its pwn men’s fashion app, and this acquisition will speed up the setting up of its new division. It plans to leverage Getsty's existing customer base, its supplier network and its recommendation engine.

Warner Bros. signed an agreement to acquire DramaFever, a subscription and on-demand video service from SoftBank. No financial terms of the deal were disclosed.

The DramaFever channel offers hundreds of Korean television and film dramas, as well as programming from other countries, to subscribers in the U.S. and around the world. It will be wholly owned by Warner Bros., and will continue to operate under that consumer-facing brand and be based in New York.

Founded in 2009, DramaFever had raised $7.49 million in venture funding.

The deal is expected to close in the second quarter of 2016.

Follett, a provider of educational products, acquired ClassBook, a customized online bookstores that serves schools, teachers, parents, and students. No financial terms of the deal were disclosed.

Thycotic, a provider of privileged account management  solutions, completed the acquisition of Arellia, a provider of Windows endpoint security and application control software. Terms of the deal have not been disclosed.

With Arellia, Thycotic will be able to empower security teams to enforce granular privilege policies for IT administrators, helping organizations effectively segregate duties on Windows servers.

Hammer & Tusk will continue to operate as an independent entity run by its founder, Mack Flavelle, and will leverage Axiom Zen's design, engineering, and product teams.

Founded in 2015,  the company has an over 400 person community of VR enthusiasts, entrepreneurs and investors.

Advantix, a provider of mobile and telecommunications management for business, acquired BlueKloud, an Internet of Things company. No financial terms of the deal were disclosed.

BlueKloud allows organizations to track any device with beacons.  The company is currently working with several organizations across all industries including a leading healthcare provider in the Southwest.

BlueKloud is a member of the IBM Watson ecosystem.

Freshdesk, a provider of cloud-based customer support software, acquired Framebench, an online collaboration platform. No financial terms of the deal were disclosed.

With the acquisition of Framebench, support agents can interact with their customers and internal product teams by collaborating on the same file.

Launched in 2013, Framebench raised funding from Anand Ladsariya and Blume Ventures. While it's not accepting any more signups, Framebench will continue to work as is for all current customers.

The acquisition represents a milestone in United Capital’s quest to equip their advisers and clients with a growing number of intuitive digital tools.

Melroy Saldanha, CTO and Technical Co-founder of FlexScore, and Martin Ramirez, VP of Digital Experience, joined the team at FlexScore.

Founded in 2012, FlexScore had raised $4.7 million in venture funding.

Postano’s technology will enhance Sprinklr’s Command Center and other display capabilities, allowing brands to better interpret and share data across their organization, while also giving them greater creativity and scale in the execution of visual experiences online and offline.

The sale has been approved by the Company’s Board of Directors and a majority of its stockholders. The transaction is expected to close in March 2016.