The company is no longer counting replies and media, including video and photos

Twitter's 140-character limit has been one of the most discussed aspects of the service ever since Jack Dorsey took over the company roughly a year ago. Would it stay or would it go? Or, perhaps, would it be altered in a way that would actually make both things true?

Now we finally have our answer, as the company announced in a blog post on Tuesday that, while the 140-character limit is staying, as previously announced, it is also getting longer by no longer including  replies and media, such as photos and videos, in the character limit.

That means that any @names will not be counted in the limit, and neither will any media, including photos, GIFs, videos, polls, or Quote Tweets. This confirms reports that came out last week.

So, essentially, Twitter was able to strike a balance between appeasing those who want more room on Twitter to write their thoughts, while also not offending those that see the limit as one of the most deeply embedded, and fundamental, features of the company since it was founded.

Doing this also allows Dorsey to expand the number of characters without going against the ethos of the company, or what he said about it a few months ago.

“It’s a good constraint for us, and it allows for of-the-moment brevity," he said on the Today Show, when he revealed the decision.

t had been reported that Twitter might push the limit up to 10,000 characters, more than 70 times what it is currently, which also happened to be the same number of characters that Twitter now allows for its Direct Messages. That would have been a change that would have altered the service, and how people use it, pretty heavily. This change, on the other hand, will be minimal in comparison and likely won't ruffle too many feathers.

In addition to revising the character count, Twitter also made good on its promise to change what Dorsey had called one of Twitter's "weird rules," that had been preventing new people from joining the platform.

Now the service has been altered so that Tweets that begin with a username will reach all followers, even without the "." in front of the name.

Finally, the company also added a Retweet button, so that users can more easily share their old Tweets, pushing them back to the top.

These changes will not be happening all at once, but will instead be rolling out over the next few months.

Dorsey has talked a lot about making Twitter less intimidating for new users, and making it easier for current users to express themselves. These announcements won't fundamentally change Twitter as we know it, but they might finally help the company make good on those promises. 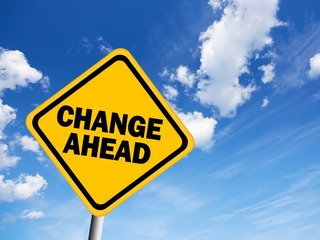 Twitter will fix "weird rules" that are scaring new users 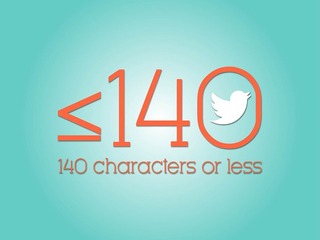 Twitter removing links and pics from the 140-character limit