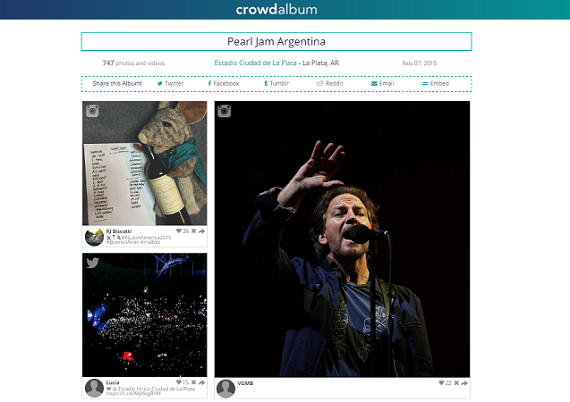 Updated with comment from Social Starts and Tracy Chan

As Taylor Swift can tell you, artists are not always the biggest fans of music streaming services, particularly Spotify. The two sides seem to be in a constant fight over royalties, with the artist, along with songwriters, always feeling shortchanged, and the services constantly feeling squeezed.

Under those circumstances, it seems imperative for Spotify to do what it can to make those artists happy in order to keep them from jumping ship, mostly by giving them features and data that help them better connect with fans.

It's latest turn in that direction is its acquisition of CrowdAlbum, a company that makes live music events into shared experience. No financial terms of the deal were disclosed.

What CrowdAlbum does seems similar to Snapchat's "Live Stories," in that it aggregates content, including photos and videos, from music events, turning them into social experiences. The service is used by artists to get "a visual history of their tours and help them identify and connect with their most passionate fans."

It works with over 1,000 artists and venue partners in the United States.

Here's an example of a CrowdAlbum of a Justin Beiber concert in Cleveland. There were more than 300 photos and videos submitted.

The CrowdAlbum team will join the team at Spotify that focuses on building products for artists. That is the same team that introduced Spotify Fan Insights in November, a dashboard that helps artists better understand their Spotify listeners to more effectively grow and engage their fan base.

All three CrowdAlbum employees will relocate to New York and CrowdAlbum’s CEO, Tracy Chan, a former product manager at Google and YouTube, will split his time between Spotify’s New York and San Francisco offices.

"We're super excited to be joining Spotify, the biggest most transformative music service in the world, to accelerate our shared efforts, vision and mission to connect artists and fans on and off Spotify," Chan told me.

“We’re working every day to find ways to tighten the connection between artists and their fans,” Charlie Hellman, VP Product at Spotify, said in a statement. “The CrowdAlbum acquisition is the latest way Spotify is investing in helping artists find and engage their audiences on and off Spotify, especially around the ever important business of touring.”

It's not clear if, or how, Spotify will be incorporating any of CrowdAlbum's technology.

"We will have more to share once we’re ready to release features that leverage the strengths of both products. Together we can give an artist an ever clearer picture of their audience and offer more ways to connect with them," a Spotify spokesperson told me

It is also not clear what will happen to CrowdAlbum going forward. I was told that the company is "evaluating next steps" but that there is nothing to announce at the moment.

Launched in 2013, CrowdAlbum had raised $100,000 in venture funding from Social Starts.

"As an early investor in CrowdAlbum I'm proud of all Tracy and the team have accomplished in demonstrating how sophisticated analytics can bring a new visual dimension to news and events," Mike Edelhart, Managing Partner at Social Starts, told me.

"I have to believe that the many concerts and tours CrowdAlbum illuminated via its web-captured images and videos is what made for a natural fit with a forward thinking music service like Spotify."

This is Spotify's third acquisition this year and, interestingly, all of its recent purchases have revolved around social. It previously acquired CordProject and Soundwave, two startups dedicated to social and messaging.

Social Starts is a $20M+ venture fund family. We support entrepreneurs whose companies serve the Social Construct, that change in human behavior generated by social/mobile technology. We invest at the moment of inception and Series A in 5 primary areas: media, marketing analytics, social platforms, mobile commerce and Internet of Things software. Our team has developed dominant media, research and tech companies in the 3 modern tech revolutions – PC, Internet and Social. Our portfolio companies benefit from the resulting rich perspective and world-class connections, a mutually supportive community of more than 130 fellow start-ups, and support from our LPs, who include leading figures in software development, marketing and media from 3 continents. 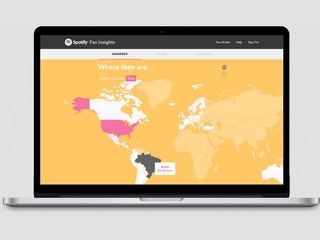 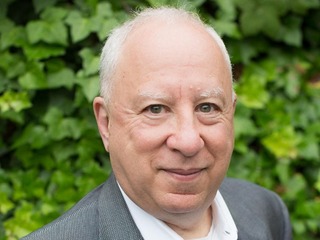