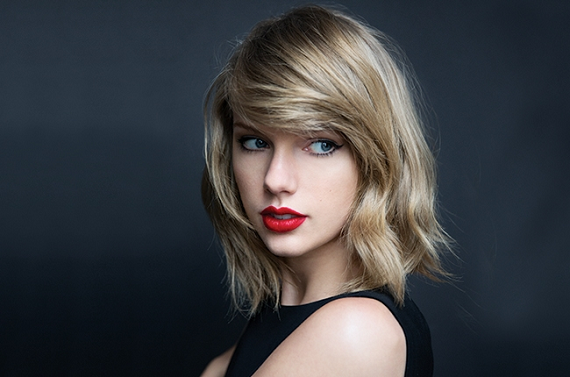 I  can't think of a hotter space right now than music streaming. Last year alone, streaming rose 32%, while digital track sales suffered their first year to year decline. And every seeminly major Internet  property, including Google, Twitter and Apple, is trying to break into the space.

There has been a growing problem, however, between the services, including Pandora and Spotify, and the artists whose music they stream over how much money they earn. Earlier this year, Jimmy Buffy flat out asked Spotify CEO Daniel Ek for a raise. Radiohead frontman Thom Yorke called the service, "the last desperate fart of a dying corpse." And members of Pink Floyd have accused Pandora of skimping out on royalties.

Now, Taylor Swift, one of the biggest artists in the world, is taking a stand by simply removing her music from Spotify altogether, the company revealed in a blog post on Monday. And not just her most recent number one album 1989, but all of her past music as well.

As of right now, the only album that appear when a user searches for Swift's music on the service is 1989, with a message that reads: "The artist or their representatives have decided not to release this album on Spotify. We are working on it and hope they change their mind soon." 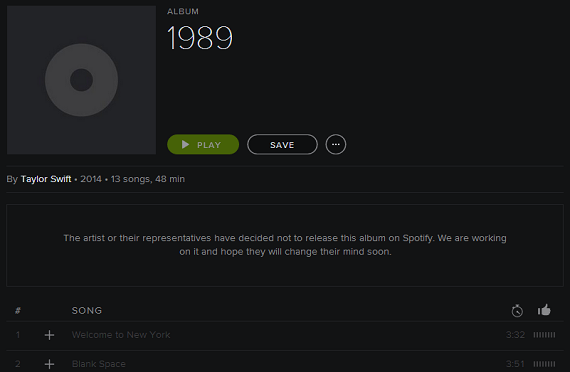 Here is Spotify's full blog post on the matter:

"We love Taylor Swift, and our more than 40 million users love her even more – nearly 16 million of them have played her songs in the last 30 days, and she’s on over 19 million playlists.

We hope she’ll change her mind and join us in building a new music economy that works for everyone. We believe fans should be able to listen to music wherever and whenever they want, and that artists have an absolute right to be paid for their work and protected from piracy. That’s why we pay nearly 70% of our revenue back to the music community.

PS – Taylor, we were both young when we first saw you, but now there’s more than 40 million of us who want you to stay, stay, stay. It’s a love story, baby, just say, Yes."

This move by Swift is not out of the blue. She made her feelings on the matter clear in an op-ed in the Wall Street Journal in July.

"In recent years, you've probably read the articles about major recording artists who have decided to practically give their music away, for this promotion or that exclusive deal. My hope for the future, not just in the music industry, but in every young girl I meet…is that they all realize their worth and ask for it," she wrote.

"Music is art, and art is important and rare. Important, rare things are valuable. Valuable things should be paid for. It's my opinion that music should not be free, and my prediction is that individual artists and their labels will someday decide what an album's price point is. I hope they don't underestimate themselves or undervalue their art."

Swift's comments on the "worth" and value of music get right to the heart of the matter: artists are starting to seriously question the streaming model and how much they are making off of it.

What it all comes down, of course, to is dollars and cents. The artists don't think streaming services is paying them, but the services themselves maintain that their operational costs are high enough as it is.

The member of Pink Floyd, for example, accused Pandora of "pushing for a special law in Congress to slash musicians' royalties."

"Nearly 90% of the artists who get a check for digital play receive less than $5,000 a year. They cannot afford the 85% pay cut Pandora asked Congress to impose on the music community," they wrote.

The issue has been especially contentious when it comes to songwriters; David Lowery claimed that "Low," a hit single that he  wrote for his band Cracker in 1993, was played on Pandora one million times, and all he was paid was $16.89, or "less than what I make from a single t-shirt sale." Sirius XM, meanwhile, paid him $181.00.

Pandora defended itself from those accusations in a blog post, saying that is has to pay out $1,370 for every million songs it plays. And that has translated into such massive costs for the company that, despite high revenue, it still cannot turn a profit.

The company paid out nearly $315 million in acquisition costs in 2013, turning $600 million in revenue into a $27 million net loss for the year. In the first nine months of 2014, Pandora saw revenue of over $652 million. Cost of revenue has already taken away more than half of that, with over $331 million, and the company is currently seeing a net loss of $42 million.

So it's easy to see both sides of this situation; on the one hand, artists want to be paid for their work, have it be valued by the industry, while, at the same time, even the biggest streaming services are barely hanging on due to how much they are being paid already.

What Swift, and other big artists who complain, do not mention about these services is the free exposure it gives to artists, especially smaller ones who may not get the same airplay that they do. That is the real value of these streaming services.

By the way, I'm proud of myself not making a "We Are Never Ever Getting Back Together" joke. It was hard to resist, though! 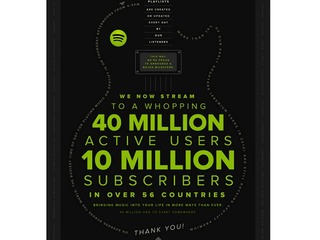