VCs raise $12B for best fundraising quarter since 2006

The number of funds fell, leading to only five firms accounting for half the dollars 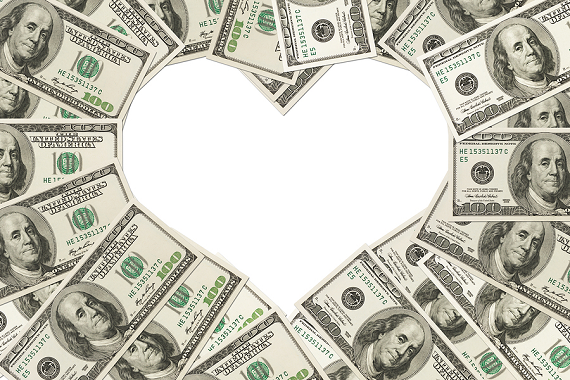 Even in a down market, where it's becoming harder for companies to get venture capitalists to fund them, and the number of deals are sinking, the VCs themselves just had their best quarter in nearly a decade. They're rolling in money.

Venture firms in the United States raised $12 billion in the first quarter of this year, according to data out from the National Venture Capital Association on Monday.

Not only does that equal an increase of dollars by 59 percent year-to-year, it's the best fundraising quarter since Q2 of 2006, when $14.3 billion was raised.

On a quarter-to-quarter basis, the amount of dollars more than doubled, from $5.5 billion, and the number of funds jumped 12 percent.

What this really means that the increased capital is going to a smaller pool of firms; that is reflected in how nearly half of all capital was put into just five firms, including Founders Fund. which raised $1.3 billion for its sixtth fund, the largest fundraising commitment of the first quarter.

Some of the big fundraisings in the quarter included General Catalyst, which raised an $845 million fund, and Battery Ventures, which was able to raise $950 million, in February. In March, Lightspeed Venture Partners raised $1.2 billion across two funds.

Accel Partners raised $2 billion across two funds, including $1.5 million fund for later-stage “growth” investments, and te other $500 million for a class venture capital fund, and presumably go for the early and growth-stage companies the firm typically invests in.

In comparison, the largest new fund reporting commitments during the first quarter of 2016 was from 1955 Capital, which raised $200 million for the firm’s inaugural fund.

A “new” fund, as defined by NVCA, is "the first fund at a newly established firm, although the general partners of that firm may have previous experience investing in venture capital."

The fact that firms are still getting such big checks in a down market explains why deal sizes are actually going up.

VC investments were down 18.5 percent quarter-to-quarter in Q1, but while the number of companies getting money is way down, the number of dollars actually were not affected. There was $30 billion invested in the quarter, down only 6 percent from Q1 2015, but also up 13 percent from Q4 2015, when $26.6 billion was invested.