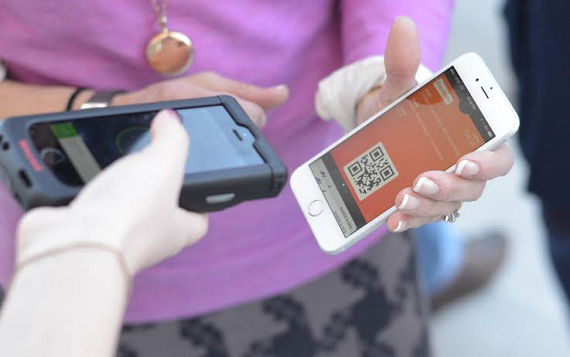 This campaign season feels like it's been going on for forever, doesn't it? The whole thing, and Donald Trump in particular, has begun to hit lows that, frankly, I never thought possible. It's enough to make you want to throw your hands up and forget about the whole thing. Or at least want it to be over soon rather than later.

Despite the overall fatigue so many of us feel about this election, though, the campaigns themselves seem to be doing better than ever, bringing in more money and getting more people to attend their rallies. That has a lot to do with technology allowing them to engage with users on a deeper level, both online and offline.

A new study released by Eventbrite on Wednesday shows how the campaigns are leveraging that tech to their own benefit.

The power of social media

For many campaigns, social media has been a great tool for getting people initially engaged in the process.

A survey, conducted by Eventbrite and research firm Ipsos, of 3,025 American adults, found that most people are engaged with politics on social media.

In all, more than 40 percent of Americans said that they get information out about political events on social media. The number jumps to 56 percent for those who follow politics, and half of those followers also say that they are likely to attend a political event in the next year.

More importantly, though, social media acts as a catalyst to get people to go out and be more active in those campaigns.

"Our findings suggest there’s incredible value in the people who attend political events and that social media is an important tool for campaigns to leverage in getting these supporters to engage in-person," Chad Barth, Politics and Government Manager for Eventbrite, told me in an interview.

"We found a strong connection between online and offline. It’s really a virtuous cycle if a campaign can successfully leverage both."

Social media acts as just the first stepin getting people engaged. The second step is taking those followers and getting them to leave the house to attend an even.

That does not seem to be a very hard thing to do, actually, as the study found that more than 60 percent of people who follow politics on social media would rather meet a candidate in person than engage with them on social media. (Which, of course. If you can ask somebody a question to their face, its a lot of harder for them to straight up ignore you. Of course, they will certainly dodge the question either way, but at least they have to say something.)

Again, social media makes people even more likely to do these these. Social followers are also more than twice as likely to donate to a campaign, but, most importantly, they are three times more likely to volunteer, with 71 percent saying they would as opposed to 20 percent of everyone else.

"When you look at the group of people who are both political social media followers and political event goers, the importance of online and offline becomes even more pronounced," said Barth.

This all leads to one important factor: once the campaigns can get people to attend their events, that is when they can really snag them, either getting them to vote, or even to volunteer.

Almost one fifth of Americans have attended some kind of a political event in the last twelve months, a three quarters of them said that it made them want to do more to support their candidate.

So obviously not only is it important for these campaigns to get people to show up, but also to know who these people are. That's where Eventbrite comes in.

"We are helping campaigns understand and continue to drive more in person events," said Barth. "They have so many tools in the toolbox, there is not just one magic bullet, or path, to win the right strategic path forward. You have to use all the paths that you have to do that. There are some people who are only going to be online activists, but some will sit in a phonebank to help make voter contact calls."

Barth came to work at Eventbrite in 2011, after spending the previous 15 years working on political campaigns, mostly on the Republican side, and so he knows exactly how antiquated the process used to be.

"Eventbrite was a natural home for me, and I saw how I could shape the way campaign events are run, strategized and thought about. At the first big presidential event I worked on, we used clipboards and notecards, and had PDF forms for people to send out. They were using fax machines to RSVP," he told me.

Now those campaign can use Eventbrite to see how effective their ad campaigns are, and to better target new voters.

"Technology has allowed us to form a bridge to turn out offline engagement. 10 years ago these tool sets didnt exist for campaigns to utilize, now a lot of campaigns are doing pixel tracking and ad targeting. They put out a Facebook ad talking about an event in certain area, which has a custom link to an Eventbrite listing for them to RVSP and sign up for that rally. They can test different methodologies and advertisements to get people to turn out."

Eventbrite can then take it a step further, beyond just getting people sign up, but to help campaigns engage those people who attended the events by giving them the information collected when they registered, and allowing campaigns to engage them afterwards, in order to mobilize them even further.

"That's our bread and butter, and why campaigns find the platform such an invaluable asset," said Barth.

While he couldn't give me any numbers on how it had helped candidates during this current election cycle, Barth did give me some stats on the return on investment for the Romney campaign in 2012.

That included more than 1 million tickets that were processed across 236 events in a five-month period. In all, over 475,000 people checked-in to events, which allowed the campaign to collect over 575,000 unique emails addresses and over 675,000 unique cell phone numbers.

After following up with those attendees afterward, the campaign collected over $3 million in donations.

"We are on the forefront. We're bringing in more people to events, and broadening the audience that could be part the events, rather than the predefined audience that they would normally target, because attendees be their own marketers, and share on social," said Barth.

"Eventbrite has social recommendations emails that go out when two or more of your friends sign up for an event, so we are bringing in new audiences that would have never been on their target lists to begin with."

Eventually he told me he would like to incorporate radio-frequency identification (RFID) to dive into even more metrics.

"It's used in a lot music festival events, where you have wristbands with an electronic chip, that can be used as an entrance pass. That can be used for different session entrances, and multi-day conferences," Barth said. "I would have loved to have had those for the conventions, but national conventions are a little risk averse, but maybe by 2020. We also want to support cashless payments."