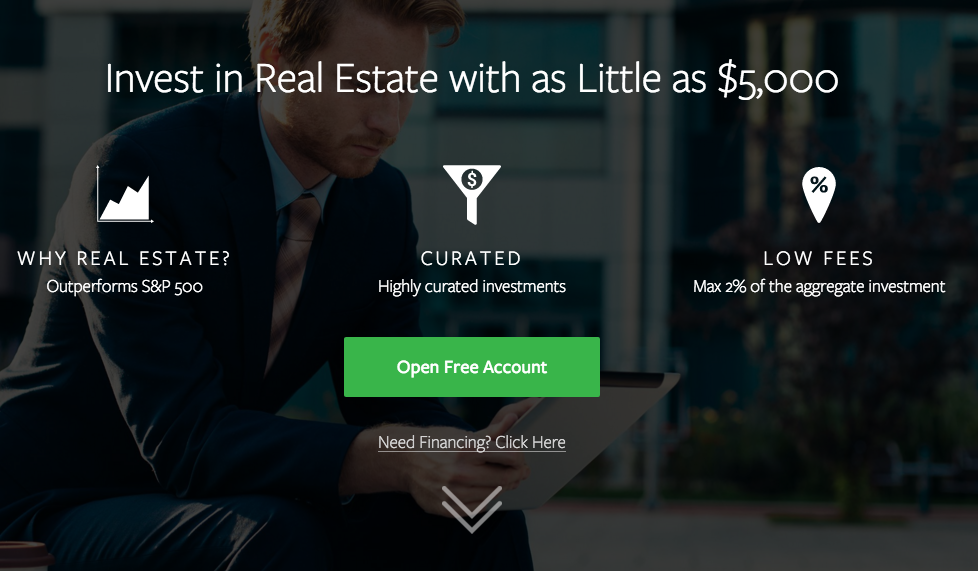 Despite the gloomy-sentiment cloud hanging over the stock market and signs pointing to a global recession this year, the real estate market is holding steady. One company benefiting from a stable real estate environment is RealtyShares, which just announced that it's raised $20 million in new venture financing, led by Union Square Ventures.

Existing investors Menlo Ventures and General Catalyst Partners also participated. The total round of financing since launching in June 2013 is just over $30 million, including a Series A round that was closed not even a year ago.

The Series B financing was raised in part to support the company's growth, but also to hedge against a soft venture climate.

"We foresaw the venture industry changing," said Nav Athwal, CEO of RealtyShares. "The crazy valuations in early 2015 were going away, and we thought [venture dollars] might dry up in 2016. We wanted to raise when fundraising was still possible.

"What I saw in October was venture capitalists being sensitive about check sizes," Athwal said, describing "normal" Series B raises in the $30 million to $50 million range. Check sizes are lower now, he said.

On the bright side, the prudent and cautious stance investors are taking around public and private companies is having a positive impact for Athwal's business. "Investors are still looking for yield, and real estate makes sense," he said. "We won't see the same price appreciation [in real estate], but we still see upticks in prices and rents are still high in many markets."

RealtyShares has raised more than $130 million in investment for more than 270 properties.

Investors can invest in short-term, bridge loans for single-family homes. These investments can yield 8% to 10%, said Athwal. Typical investments here are around $100,000 to $400,000. Investors can also take equity in large residential and commercial properties. Investment sizes are much larger, said Anthwal.

The company has 20,000 accredited investors, making around eight investments a year of around $12,000 per investment, said Athwal.

"We continue to return over half-a-million to a million investor principle each month," said Athwal.

RealtyShares is a curated marketplace where the company only lists investments its team has qualified. However, the company doesn't apply a score or rating to investments.