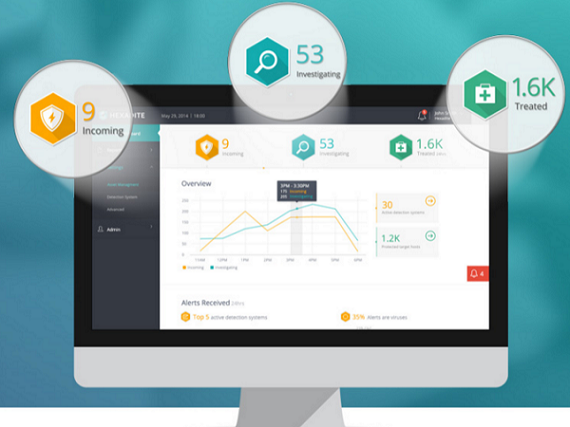 Well, that's some good timing. A day after President Obama revealed that he wants $19 billion from Congress to fix the government's cybersecurity infrastructure, one of the rising companies in the space just announced a big new funding round to help bring cybersecurity into the future.

Hexadite, an Israel-based company that focuses on automated cybersecurity incident response, has raised an $8 million Series A funding round from new investors Hewlett Packard Ventures and Ten Eleven Ventures, along with previous investor YL Ventures.

The company had previously raised a $2.5 million round in 2014, bringing its total funding to $10.5 million.

The Tel Aviv-based Hexadite fixs the problem of incident response in cybersecurity management, with The Hexadite Automated Incident Response Solution (AIRSÔ), which maximizes a customer’s ability to investigate attacks post-detection to resolve the full extent of a breach.

"We have filled the gap between detection and the solution," Eran Barak, CEO and co-founder of Hexadite, told me in an interview, noting that many other detection systems require man hours and labor that are eliminated with Hexadite, which provides an automated solution that's flexible, meaning it can integrate to each and every detection system, and each and every alert.

"Our solution to bridge the gap is automation. We do security orchestration and automation. With Hexadite we investigate and resolve incidents for the customer. We perform the work for you with hundreds of incident responders."

Currently, most detection tools are based on a manual process, where the company has to hire someone to go and figure out the source of each alert. But it also has to with the sheer number of alerts that the detection systems are picking up, a large percentage of which are false.

There's also a big time gap between when something is detected and when it is fixed, which can be days, or even weeks. With Hexadite, it can minutes, or as little as seconds, to fix the same problem, cutting the response time down by 95%. That can save companies both money and time, in terms of data that can be lost or corrupted, as well  as operational costs of having to hire someone to do what Hexadite can do much faster.

The company plans to use the funds to accelerate research and development in Israel, and expand its marketing and sales operations worldwide. That means growing its team from 20 to 40 by the end of the year.

The funding will also go toward building out Hexadite AIRSÔ by integrating it into more solutions, and continuing to improve its investigation logic.

"The opportunity for Hexadite is extremely high. The market is growing, and becoming more hot, and there is huge demand for our platform," Barack said. "This is the first time HP Ventures invested after the company split and also the first time they have invested in a Series A, because they really liked what the company has achieved, and through the connection with their security business our solution is only going to be stronger."

Hexadite currently is headquartered in Boston, with its research and development team in Tel Aviv. It currently had dozens of customers, and protects more than 500,000 devices in the financial services, retail, technology, insurance, manufacturing, telecommunications, life sciences, and healthcare industries.

In addition to the funding, it was also announced that Mark Hatfield, co-founder and general partner at Ten Eleven Venture, will be joining the board of directors at Hexadite.

"He is a very important board member to have. He was a VC first, and invested in cybersecurity companies for many years, including Digital Garden and Digital Shadow and Code 3 Systems," Barak told me.

"He's very knowledgeable in the space because of his background, and he will help us with connecting to to the market and bringing the right folks on team. So he will be a valuable board member."

“Enterprises are desperate to close the gap between security event detection and resolution,” Hatfield said in a statement. “We were very impressed with the maturity of Hexadite’s solution; they are the only company we’ve seen that truly understands how to fully automate the end-to-end incident response lifecycle. Hexadite’s ability to add intelligent automation and orchestration to resolve security events is a great leap forward that addresses a vital need for customers.” 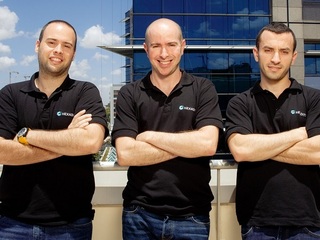