The company confirmed for VatorNews that it closed this new round at a $4.5 billion valuation, instantly making it one of the most highly valued private companies in the world. For comparison, Lyft’s recent $1 billion round values the company at $5.5 billion while consumer electronics company Jawbone is valued at $1.5 billion.

A key difference between those two unicorns and Magic Leap is that, let alone a revenue stream, Magic Leap has yet to even launch a product.

"Shot directly through Magic Leap technology," says a caption in the video. "No special effects or compositing were used in the creation of these videos."

If true, then somehow the company’s technology is not only sophisticated enough to have the user viewing 3D-looking projections in the real world, but it can also adjust in real-time in order to respond to the user’s movements. What’s more, the first part of the video above demonstrates the device correctly resolving that a physical object (the leg of a desk) is placed in front of the projection, and should therefore block out the image as it would any real object.

Unfortunately, for now, we’ll just have to take the company’s word for it. Aside from the press release announcing funding today, Magic Leap has been pretty secretive about its product, offering no details about how it works or when we should expect to see it in the wild.

In addition to its latest investment, the company plans to leverage Alibaba’s network to distribute its new technology, whenever it launches:

“Here at Magic Leap we are creating a new world where digital and physical realities seamlessly blend together to enable amazing new experiences. This investment will accelerate bringing our new Mixed Reality Lightfield™ experience to everyone,” said Rony Abovitz, Founder, President, and CEO of Magic Leap, Inc. “We are excited to welcome Alibaba as a strategic partner to help introduce Magic Leap’s breakthrough products to the over 400 million people on Alibaba’s platforms.”

Given the long list of top-tier investors that have backed Magic Leap, one can’t help but think that the company is guaranteed to be a hit. But then again, famous investors have been wrong plenty of times before. Consumer technology consistently proves a finicky market, so only the actual launch will tell. 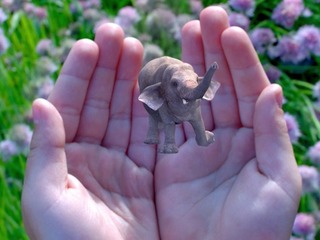