Pitchbook raises $10M from Morningstar to grow its platform

Pitchbook offers a daily newsletter, research reports, and analysis with its PitchBook Platform 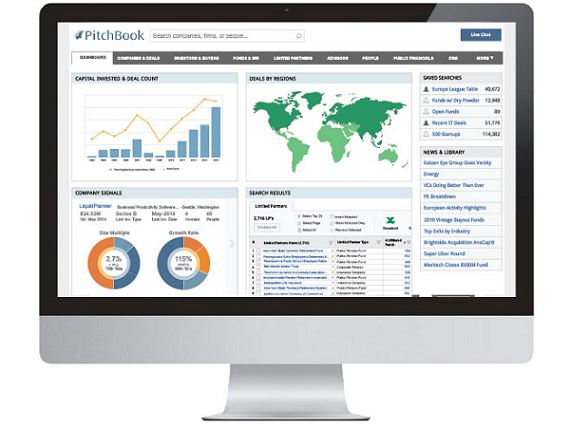 As a tech/financial journalist, I'm always looking for sources that have great data about different technology sectors and what's going on in the world venture capital. That information is invaluable to someone like me. One of the best resources I've found to get that data is PitchBook, a Seattle-based startup that conducts research about investments.

The company, which has been around since 2007, has barely taken any funding. Besides a $4.25 million Series A round that closed in 2009, it has been bootstrapped.

As it happens, though, many bootstrapped companies eventually find themselves in a position where they want to grow, but without the money to support it. So they turn to venture capital. Such is the case with PitchBook, which announced on Wednesday that it has raised $10 million in Series B funding.

The capital came from Morningstar, who has previously invested in the company. The funding brings PitchBook's total funding up to $14.25 million, at a $160 million valuation. With this latest round, Morningstar now owns 20 percent of the company.

PitchBook offers a daily newsletter and research reports, along with its flagship product, the Web-based PitchBook Platform, which it launched in 2009. The Platform offers information about emerging companies, financing events and valuations, along with details about the investors, funds, LPs and service providers involved in M&A, PE and VC transactions.

The company has been growing quickly, revealing that it has brought on 713 new clients in just the last year, surpassing 1,000 for the first time. Its clients include Johnson & Johnson, Venrock, Kleiner Perkins, Microsoft and Bain Capital Ventures, all of whom use PitchBook's information. It currently provides them with over 695,000 company profiles, over one million people profiles and nearly 150,000 investor profiles. It also offers information on over 489,000 investments and over 104,000 exits.

In the last year PitchBook also reached $31 million in sales, for a 68 percent year-over-year increase.

PitchBook will use the funding fuel its growth, giving it the "capital to invest into refining and expanding our research, accelerating our product development and fueling our growth."

It will also use the funding to build out its teams in Seattle, New York and London. PitchBook also hired 121 new employees in the last year and, in the next year, the company plans to hire over 100 new employees. That will bring its total headcount to more than 600 worldwide.

The rise of big data

There are a lot of different sources to get data on private and public companies, with many of the old guard companies still around, now dealing with newer companies like PitchBook.

Some of the other newer companies in this space include CB Insights and Owler.

CB Insights is a private company database that provides real-time information on companies, their investors, their acquirers and the industries they compete. It too has mostly bootstrapped, until it raised $10 million in November. It also received a $1.5 million grant from the National Science Foundation in August.

Owler is a a free and crowdsourced data model allowing users to follow, track, and research companies. That company has raised over $19 million in venture funding.

There's also Crunchbase, which just became its own standalone company, after being owned by AOL; Mattermark, a data platform for VCs that gives them info about companies to invest in, which has raised just under $10 million; and DataFox, deal-sourcing and research platform covering private technology companies, which has raised $7.7 million.

Even with the infusion of all of these companies the old guard is still thriving.

Owler (fka InfoArmy) is a free mobile and online resource that helps you keep up with the fast pace of business. Owler tracks your companies, personalizes your news feed, and provides dynamic company profiles.

Owler is backed by Norwest Venture Partners and Trinity Ventures, two highly-regarded venture capital firms based in Silicon Valley, CA. The Owler founding team comes from Jigsaw, one of the most successful exits of 2010. Owler is headquartered in San Mateo, California and has an office in Coimbatore, India.