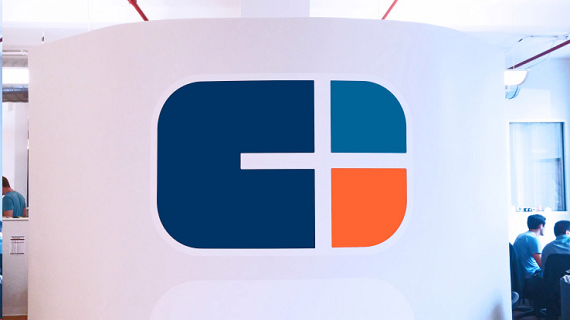 Given how difficult it can sometimes be to get information about private companies (and for good reason) I'm a fan of CB Insights, a private company database that provides real-time information on companies, their investors, their acquirers and the industries they compete.

Big things are happening at the company, which just raised its first ever venture funding, and debuted some new products to help its customers get the most from its data.

First, the company announced on Monday that t has raised a $10 million Series A round. The funding came from RSTP.

This is the first institutional financing for the company, which to date has been funded purely through revenue and a $1.5 million grant it received from the National Science Foundation in August.

"We avoided raising funding for a long time because, to be honest, it felt like a big responsibility to take someone else's money. So we took it at a point where we felt like we could provide returns and things that they expect," Anand Sanwal, Co-founder and CEO of CB Insights, told me in an interview.

One thing that really helped was the fact that RSTP was a CB Insights customer, so it had both an outside, and an insider perspective, where it could say what needed to be done both in terms of the big picture and in terms of what they did and did not like about the product itself.

"As we grew we got a decent amount of inbound interest from investors, but we said that they would have to be customer of CBI for us to take any money. We wanted believers," he said. "RSTP showed a lot of interest and understanding of our business. They saw the bigger picture, which not everybody else did."

In addition to the funding, RSTP co-founder and Managing Director, John DeLoche, will become a member of CB Insights’ board of directors, joining Sanwal, as well as CB Insights co-founder Jonathan Sherry.

The new funding will go toward building out the team, growing from 60 employees currently to 120 by the end of next year. Specifically the company will be hiring on the business development and sales side, as well as the product and engineering side.

"We have massive product ideas, and that requires lots of smart people," said Sanwal.

The company is already unveiling some of these ideas. Only a few months after debuting  CB Insights For Sales, a product expressly made for these B2B sales teams and takes aim at so-called “spray and pray” B2B lead-generation efforts, the company has two new products aimed at helping its customers get the most out of its data.

Its first new product is called Ava, and is a networking assistant driven by artificial intelligence to help its customers identify the right people to connect with.

"This is one of those ideas where I can't say when I started the company that thought we'd be doing anything like this," said Sanwal, who told me the idea for Ava came directly from CB Insights customers

"When you talk to VCs they always tell you that the thing that is key to success is networking. You go to dinners, tlak t senior people and ask, 'Do you know anyone who works in this space, or knows about this topic?' Then you go back to CBI look and ID who should know. Ava came as a result of doing that enough times that we thought we could do this programmatically."

What Ava does is build an interest graph for a person, based on what they are interested in, and things like what board relationships they have, and find other people with similar interests to match them up with.

"We’re very focused on helping tell people what's next. Corporations make big decisions using competitive intelligence, but its pundit driven today, with consultants, advisor and analysts. It is anecdote and personality driven," Sanwal said. "Our view world is becoming a probability driven place, and is becoming more data driven. Corporations will be using data going forward, and we want to be that programmatic solution. This is a big opportunity in our view."

Unlike other networks out there, most notably LinkedIn, Ava does more than just create an inventory of people that you may know, Sanwal told me.

"Being able to find people who have the same affinity and interest in the same way as you can lead to professional success. AN investor knowing acquirers of companies in their space is useful. Early stage investors knowing later stage investors is useful. The high quality of people we can introduce you to hasn’t been done before," he said.

"Other networks are really good for inventorying contact, but I'm not sure they are great at showing me people I should know."

This is just the first litmus test for Ava, and the company is looking for feedback on the introductions it is making to see if it can keep making them better.

With Ava, there will be a lot of interesting applications, but we walks before we run," said Sanwal. "Once we do that there are all sorts of data and opportunities we can take advantage of."

The other new product is called Mosaic, and it is a private company ratings scale which now includes media and Twitter sentiment and also analyzes the health of a company’s underlying industry.

"The big thing about private markets, where we play, is that understanding companies is really difficult. Knowing what your next investment or acquisition should be, or who your next partner should be, can be gleamed from a big long list, but it's more useful to narrow that list down," Sanwal said.

He likened Mosaic to a FICO score for the health of a company, where a customer can search while looking for investments or acquisitions and best companies. For example, they can search for wearables companies that have received funding in the last year, or see which are hiring fastest, and which have the highest Mosaic score. It can also tell them about the health of that industry.

"We provide a score for the health of industry based on chatter, hiring, quality of investors and exits. It give a sense of how strong the industry competes in. An idea may look like the next great company, but if it's a daily deals company, no matter how good you look, that is an industry out of favor," Sanwal explained. 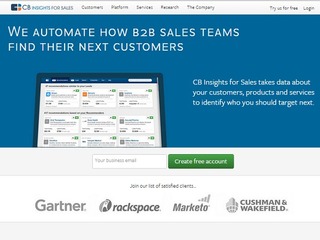