Seed deals drop in 2015, as VCs stop spreading money around

While the number of deals fell 5%, the amount of seed funding just barely climbed up 2% 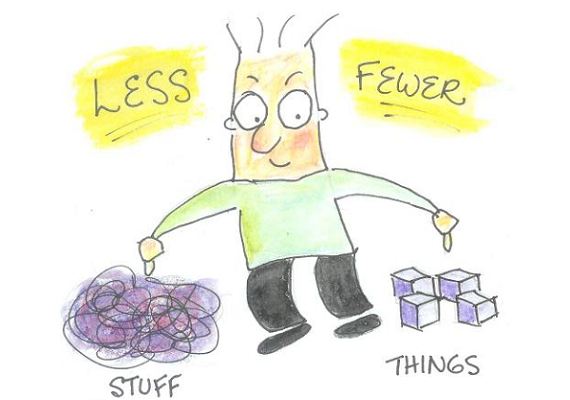 The conventional wisdom over the last few years has been that it's getting easier than ever to get seed stage funding, creating a glut of companies, leading to a lower percentage getting the next rounds. First Republic Bank had a report out that said 300 venture firms or institutional funds have emerged since 2009, to invest in the early stages.

Yet, 2015 actually saw a dip in the number of seed fundings, according to data out from CB Insights, to their lowest levels in years.

The data that CB Insight used does not include any angel and/or pre-seed tech financings. 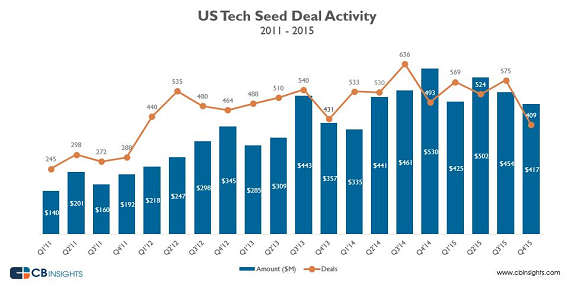 There are two main things that seem to be driving this, Anand Sanwal, founder and CEO of CB Insights told me.

"First, a lot of the larger VC funds which had been doing seed deals have pulled back on the activity as they realized it took too much time and wasn't really giving them much of an inside track on future startup stars," he said. "In addition, seed VCs are now writing larger checks which reduces the level of activity."

So, for example, if a $10 million fund was previously going to write $500k checks, that meant they had 20 bullets in the chamber. If they are now doing $1 million rounds, that means 10 deals.

Largest deals of the year

Even if seed deals were down in 2015, that doesn't mean there weren't some very notable investments, with two of them above $10 million.

The biggest of the year was Lemonade, a NYC-headquartered peer-to-peer insurance startup founded by Israeli entrepreneurs Daniel Schreiber, formerly the president of Powermat, and Shai Wininger, a co-founder of Fiverr. It raised $13 million in a first round of funding. The capital comes from Tel Aviv-based Aleph, which was co-founded by former Benchmark Capital partner Michael Eisenberg, and Sequoia Capital.

The other was Sano Intelligence, a company that quietly developing a health-sensing wearable. It raised $10.25 million in funding from True Ventures and Intel Capital with participation from First Round, Felicis Ventures, Elevation Capital, Floodgate, and Rock Health.

The other three companies in the top five each raised at least $7 million apiece.

ASAPP, stealth machine intelligence company, raised $7.57 million, while Mast, a New York-based provider of a mobile business communications platform, which received over $7 million in funding in a round led by FirstMark Capital, with participation from DFJ, Eniac Ventures, Harrison Metal, HMM Investors, and Initialized Ventures.

The final company in the top five was NodePrime, a hyperscale datacenter management company which emerged from stealth with a $7 million seed funding round, with participation from Menlo Ventures, NEA, Formation 8, Ericsson, Initialized Capital, Crosslink Capital and TEEC Angel Fund.